40 years of AIDWA and its fight for women’s equality 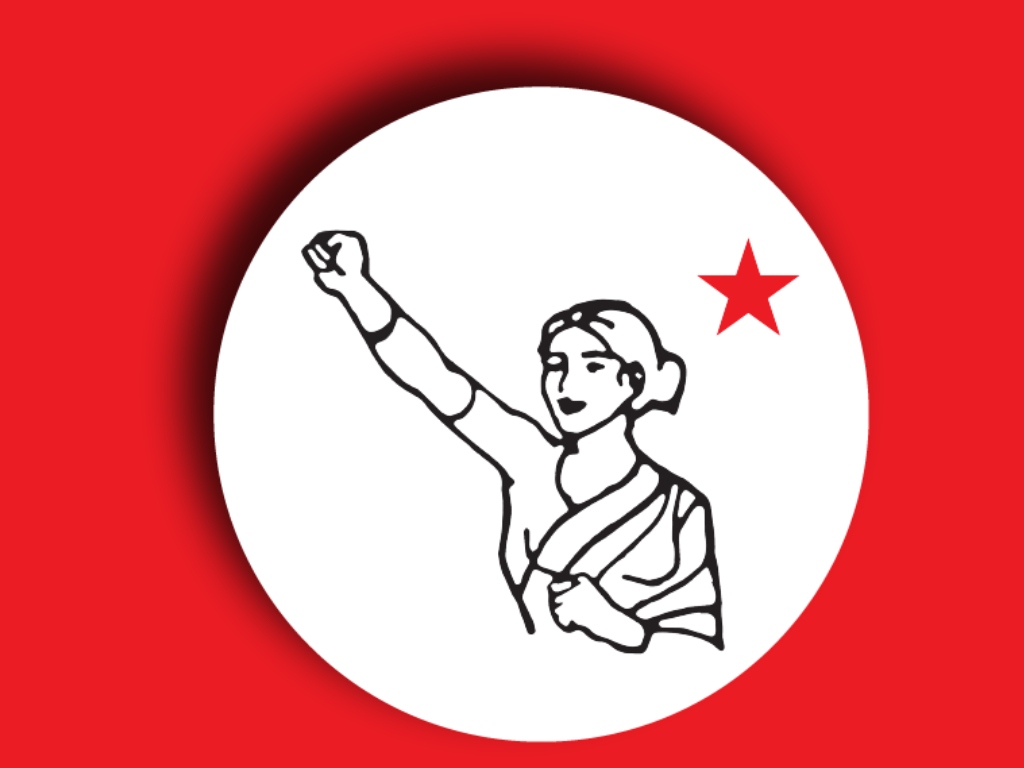 In the 40 years since its formation, AIDWA has consistently and unswervingly stood for equal rights for women. Through its interventions, in legal battles as well as through struggles, along with like-minded women’s organizations, AIDWA has upheld women’s right to life with dignity. As a part of its series to relive AIDWA’s vibrant legacy, we will briefly recall the role played by our organization against the exploitative, feudal, patriarchal system which denied women equality. Laws that give women the right to protection against violence were passed intermittently after protracted struggles by the women’s movement in India. During these struggles, AIDWA has consistently demanded equal property rights which will give some security to women and help women in distress in getting out of violent situations.

These achievements by the women’s movement face grave threat of being undone by the Manuwadi regime in power. The pro-corporate, communal government does not recognize women’s right to equality. It in fact advocates the subordinate status of women thereby strengthening the patriarchal stranglehold within and outside the family.

The increasing numbers of sexual atrocities, dowry deaths, honour crimes and the aggressive campaign to oppose marriages by choice clearly indicate the lengthening shadows of insecurity for women. Dilution of Section 498A, enactment of laws against inter-caste, inter religious self-choice marriages, aggressive attacks by the vigilante forces, most of whom are backed by the BJP led current political establishment reveal the blatant anti-women script being played in our country. However, this trend is not a new one; equal rights for all women, within and outside the family, has always been opposed by Manuwadis and various wings of the Sangh Parivar even before independence.

The first attempts to make fundamental women-friendly changes in such laws were made by Dr Babasaheb Ambedkar in the 1950s when he presented the Hindu Code Bill in the first Parliament as the first Law Minister of Independent India. Amendments were proposed to The Hindu Law which had been debated since the 1920s. In his introduction to the Bill in the Parliament in 1948, The Bill, which proposed comprehensive interventions in customary Hindu Law, struck at the root of patriarchy within the family. Some of its important features were that it forbade polygamy, made divorce easier for women facing abuse, was for providing equal rights to daughters in family property and also recognising inter-caste marriages. This agenda was very much at the core of the early women’s movement which included many communist women and AIDWA founder members.

The Mahila Atmaraksha Samiti (MARS) and organisations like the Parel Mahila Sangh (which were precursors to formation of NFIW and AIDWA) were at the forefront of gathering support from women in favour of the Code. They openly opposed the RSS and its ideologues like Shyama Prasad Mookherji who were aggressively campaigning against the Bill and backed the Anti-Hindu Code Bill committee. As Manikuntala Sen writes in her autobiography the MARS collected almost 45,000 signatures in support of the Bill; in many places like Mumbai, the Parel Mahila Sangh led by Ahilya Rangnekar and others boldly withstood physical confrontation by RSS activists while garnering support for the Bill.

Eventually the Bill met strong opposition in the Parliament and a part of it was reframed as the Hindu Marriage and Divorce Bill, 1952; the first communist woman member of Parliament, Renu Chakravartty, was a member of the Joint Select Committee on this Bill. In 1954, Renu Chakravartty and two other members of the Committee submitted a dissent note, in which they highlighted the limitations of the Bill which did not adopt the changes which were being proposed by communist women. As Renu Chakravartty wrote in her dissent note: “This Bill is intended to codify and amend the laws relating to marriage and divorce among the Hindus. The amendments are mainly intended to remove some of the disabilities suffered until now by married Hindu women. The most important among such provisions are the enforcement of monogamy and the granting of the right to apply for divorce under, certain circumstances. In spite of the hue and cry raised against this Bill by the conservative sections among the Hindus, it is undeniable that the reforms contemplated in this Bill can by no means be characterised as revolutionary measures. Nor does the Bill seek to do away with all the disabilities in all spheres of life from which women in Hindu society suffer today. It only seeks to remove some disabilities within a restricted sphere, namely, marriage and that too within the orbit of the existing  economic subservience of women to men” (Report of the Joint Select Committee on Hindu Marriage and Divorce Bill, 1954, p.xv). From this it is obvious that women’s organisations saw this Bill as a small victory in their overall struggle for equal rights for women in the family.

Along with the Hindu Marriage and Divorce Act, the Hindu Succession Act, 1956 (HSA) was also enacted recognising inheritance rights over ancestral property or for self-acquired property for which a will had not been written. This Act recognised the ‘absolute rights’ of women over self- acquired property (i.e. the property inherited by her from her husband and natal family), but did not make them a coparcener in family property. (Coparcener means joint heir)  ‘Woman’ as a legal heir by birth under the Hindu Mitakshara law was not part of this Act, which was a considerable dilution of the proposals made by Dr Ambedkar in the Hindu Code Bill. Further the Bill did not include the right to agricultural land. Recognising these weaknesses, AIDWA and other women’s organisations intensified their campaigns for equal inheritance rights for all women and submitted a comprehensive memorandum to the then Law Minister seeking changes in the proposed Hindu Succession (Amendment) Bill 2004. This memorandum was adopted, albeit with minor changes, by the other women’s organisations.

AIDWA and other organisations came to an understanding and made some common demands which included: 1) Bringing agricultural land on par with other property by deleting Section 4(Z) of the Hindu Succession Act 1956; 2) abolishing the Mitakshara coparcenary property and 3) restricting the right of the patriarch to put family property in a manner that 1/3rd or half which would then devolve intestate, implying female heirs would get at least some rights.  In addition to this common minimum understanding it had, however, suggested that doing away with the Mitakshara joint family law and giving equal succession rights to women, as had been done in Kerala, would be preferable.

The Standing Committee, which presented its report, was influenced by the women’s voices and the AIDWA memorandum and the final version of the Bill accepted the daughter as a coparcener by birth, thus fundamentally challenging patriarchal authority within the family. It also repealed certain Sections of the HSA, 1956 but it still left the status of widows and mothers fuzzy, thus restricting the rights to daughters. In accordance with this report, the Hindu Succession (Amendment) Act, 2005 recognised daughters as coparceners ‘by birth’ in ancestral property, thus laying the foundations for equal rights of daughters. This was a big victory for the women’s movement. However, the lack of recognition of rights of widows and mothers still remained a concern.

Another major infirmity in HSA, 2005 was regarding the rights of women’s heirs to her self-acquired property or ‘absolute property’. As per the law, the first right to this property would be of her sons, daughters (including those by a preceding marriage) and husband. However, if none of these were present, then the second claimant could be heirs of her husband, the third her own parents, followed by the heirs of her father and lastly the heirs of the mother. However, this general rule was not to apply in the case of property inherited by the woman from her parents or from her husband or father in law. In such cases the unwilled property would belong to the heirs of her husband in case she did not have any living children. In other words, her self-inherited property would be given to her husband’s heir. This infirmity was pointed out by the Law Commission in its report of 2008, of which AIDWA’s legal cell convenor, Adv Kirti Singh was a member. The Commission once again asserted its view that if a woman died without heirs, or if she did not have any living children from current or preceding marriages, then “the property should devolve on her husband’s heirs and also on the heirs of her paternal side”. The recommendation proposed that in the absence of heirs, the property should be ‘simultaneously inherited’ by the husband’s heir (in case of inherited property from marital home) and parents or heirs of parents (jn the case of property inherited from natal home). However, these proposals were not implemented by the Government. The battle for equal property rights continues.

The Modi government guided by the RSS unleashed its brahmanical perspective after it came into power in 2014. In 2015, repealed the HSA, 2005, which had made limited, but significant advancements in women’s rights to ancestral property. In repealing the Act the government argued that provision for recognising women as coparceners by ‘birth’ had now been incorporated in the original Act or HSA 1956. This created a confusion amongst women who had approached the courts regarding their rights on the basis of HSA 2005. AIDWA units were quick to campaign against the repeal of HSA 2005. The political campaign bore fruit in October 2015 when a two judge bench of the Karnataka High Court ruled that the repeal of HSA 2005 would not have an impact on women’s recognition as coparceners by ‘birth’. In 2016, a bench of the Supreme Court clarified that this right extended to daughters who were born before the Amendment of 2005, but only if her father had been alive at the time of the judgement. This was further clarified by a larger bench of the Supreme Court in 2018, which clarified that all daughters born before 2005 would be considered coparceners by ‘birth’. All matters regarding the applicability of the amendment made in HSA 2005 were clubbed and sent to a larger three judge bench, which delivered a momentous judgement on 10 August 2020 stating that “daughter who was born prior to the amendment of 2005 can claim her rights in the joint family property and will be subject to all its liabilities provided the property has not been disposed of or alienated or partitioned before December 20, 2004. It further specifies that the amendment will apply even if the father is not alive at the time of the amendment. The court reasoned that the right to be a member/coparcener of a joint family accrues at the time of the birth of the daughter or son and the joint family continues to be in existence till it is partitioned regardless of deaths and births” (AIDWA statement 10 August 2020). The recognition of a daughter as a coparcener is thus a result of a long history of struggles by women’s organisations, and the AIDWA has played a leading role in this struggle.

We have to continue to educate our activists about legacy of struggles, the need to strengthen it and carry it forward.

Published with permission from Mariam Dhawale, general secretary of AIDWA.