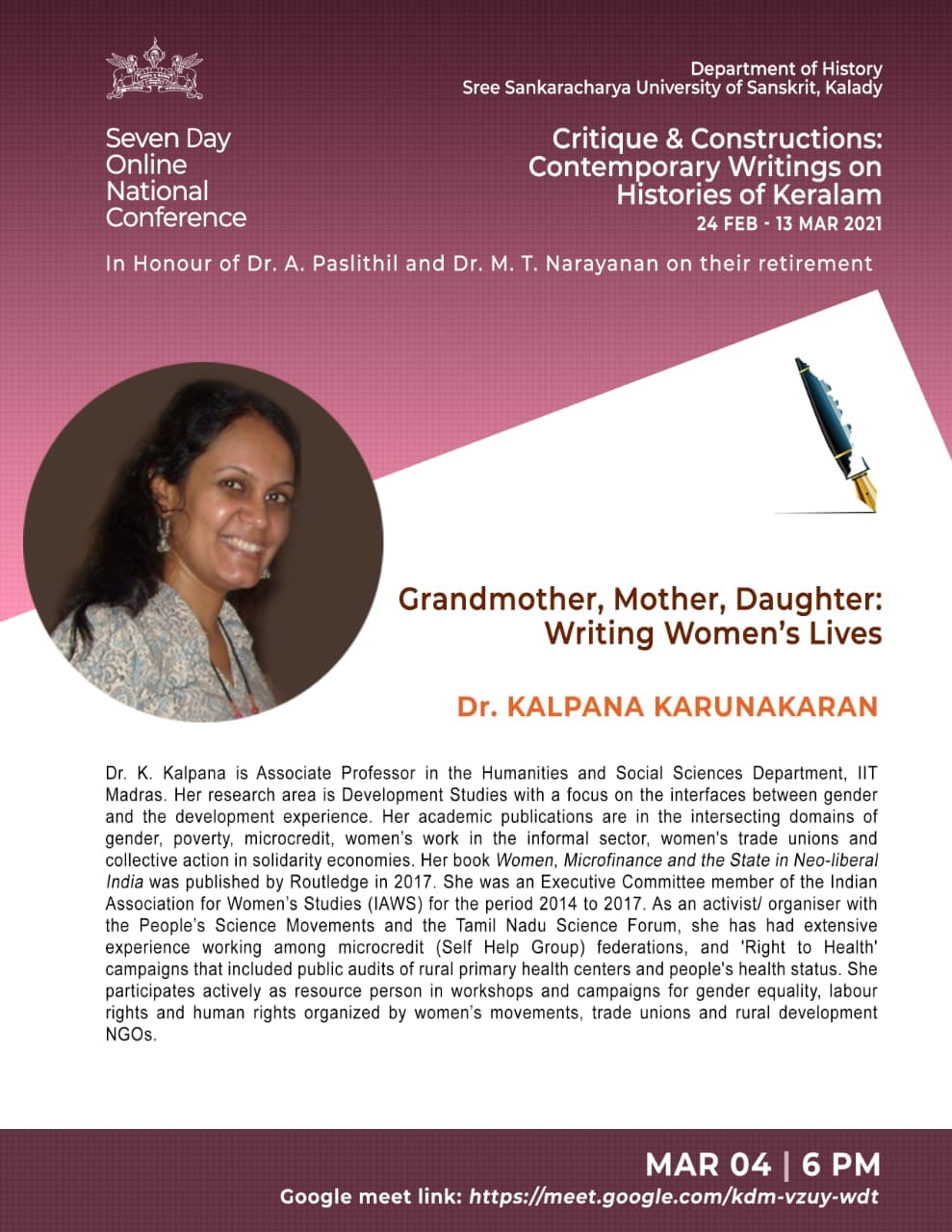 As part of a seven-day workshop being conducted by History Department of Kerala’s Kalady University, Kalpana Karunakaran, professor of gender studies at IIT Madras, delivered an online lecture about her upcoming project on one of her “female ancestors”, on Thursday.

Daughter of Communist leader, trade union and women’s rights activist Mythily Sivaraman, who had also carried out a similar study of her grandmother, Karunakaran is now involved in studying Mythily’s mother. Sivaraman’s work, titled Fragments of a Life: A Family Archive, based on the life of her grandmother Subbalakshmi, was published by Zubaan Books in 2006. Karunakaran says that her current work, therefore, is a revisiting of Sivaraman’s, except with a different protagonist — Pankajam, who is her grandmother and Sivaraman’s mother.

Karunakaran’s project focuses on a few preliminary questions that she believes are pertinent to it: Why and when does a woman choose to tell the story of a female ancestor? How does the writer approach her subject in a manner that reflects her conviction that the personal is political? How does she write a biography that retains the distinctive singularity of an exceptional woman while placing her in an unexceptional social context?

The corpus of written material left by Karunakaran’s grandmother Pankajam, in the form of short stories, journal entries, letters and an autobiography, form the sources for the research. Karunakaran argues that even though Pankajam, a Tamil Brahmin woman who grew up in early twentieth century Madras, asserted that she was an “ordinary woman” or a “non entity” — no poet, freedom fighter and the like — the amount of written material is testimony to the fact that she believed she still was a crucial figure in history. Other sources include interviews with other relatives, memories of conversations with her mother as well as her own memories of her grandmother raising her.