No protection from arrest to makers of Tandav

Freedoms of speech and expression not absolute, says SC 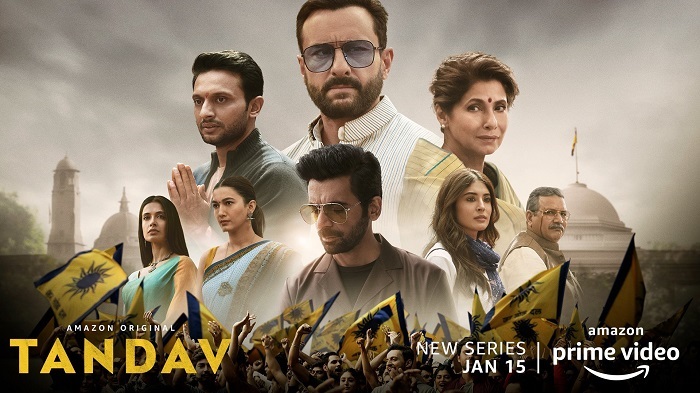 The Supreme Court on Wednesday refused to grant interim protection from arrest to the makers of Amazon web-series Tandav in multiple FIRs filed against them by the police from different states.

A bench of Justices Ashok Bhushan, MR Shah and Subhash Reddy, however, issued a notice on a prayer seeking to club the FIRs.

It added that the petitioners would be at liberty to approach the concerned court for bail or any other appropriate relief.

At the outset, senior advocate Fali S Nariman, for one of the petitioners, submitted that the objectionable contents which allegedly hurt religious sentiments had already been removed, yet the FIRs continued to be lodged.

Justice Bhushan interjected and asked why the petitioners couldn’t approach the high court and why they had filed an Article 32 petition? Nariman responded saying the matter involved Article 19 (1)(a) [Freedom of Speech and Expression].

Senior advocate Mukul Rohtagi added that people get offended with “anything and everything” these days. Justice Shah responded to Rohtagi saying that Article 19(1)(a) was not absolute.

“This case will put a lot of people under great harassment. Article 19(1)(a) was completely brushed away”, Rohtagi asserted.

Rohatgi referred to the recent decision of the Supreme Court in the Arnab Goswami case in which the apex court had granted interim protection from arrest to Goswami in multiple FIRs and ordered them to be clubbed at one place that is Mumbai.

Senior advocate Siddhart Luthra argued that the petitioners were being harassed for a political satire. Referring to the Supreme Court’s decision in the TT Anthony case, Luthra submitted that the principle laid down there that multiple FIRs for the same cause of action was impermissible, was being destroyed by the filing of multiple FIRs.

“It is not prosecution, it is persecution”, submitted Luthra.

Luthra also cited the recent decision of the Supreme Court in news anchor Amish Devgan’s case where interim protection was granted to the journalist who was also facing multiple FIRs for hurting religious sentiments.

Senior advocate Siddharth Aggarwal appearing for actor Zeeshan Ayyub submitted that he was only an actor contracted to play a character. Views expressed by the character on screen could not be ascribed to Ayyub, the person.

Justice Shah countered it by saying “you cannot take up role without reading a script. You cannot play a role hurting religious sentiments of others”.

Saif Ali Khan, Dimple Kapadia, and Mohammed Zeeshan Ayyub-starrer Amazon Prime Video web series, Tandav, has been at the centre of a controversy for allegedly hurting religious sentiments. The crew members have been facing multiple FIRs in different states such as Uttar Pradesh, Madhya Pradesh etc.

Earlier, the Bombay High Court had granted transit bail to the crew members.