“A secular democracy is now threatened by religious majoritarianism”

We live in times when any form of dissent in India is marked as anti-Indian, suggesting that the very concept of dissent has been imported into India from the West. It is an argument made by those who visualise the Indian past as free of blemishes, making dissent superfluous. But as Romila Thapar explores in Voices of Dissent: An Essay, dissent has a long history in the subcontinent, in forms that have evolved or changed through the centuries.

In part two of our conversation with Romila Thapar, she talks about the role of institutions like courts and universities in a democracy, the Shaheen Bagh movement, and more. 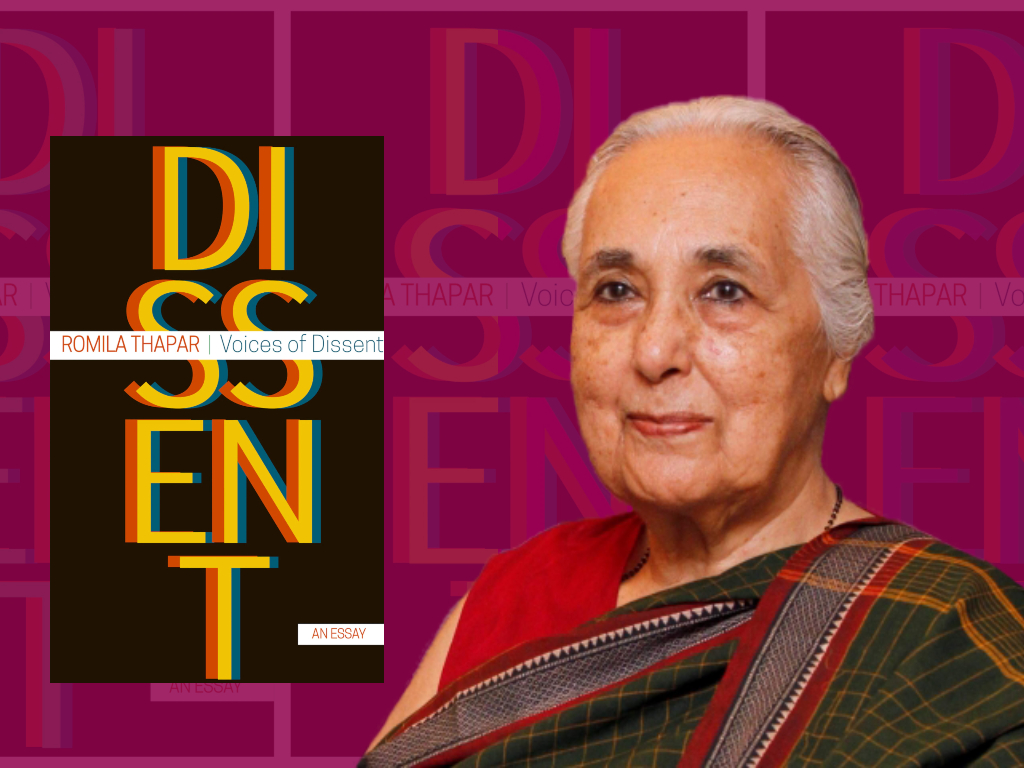 SY: You end the book with your visit to Shaheen Bagh and sitting with the women protesters there.  You say it revived a sense of the independence movement. But it was many steps removed from that time. Would you talk about the ways in which Shaheen Bagh expressed to you what has been accomplished since independence?

RT: Yes it did bring back memories of the gatherings associated with the anti-colonial national movement of the 1940s. I was not saying that it was a repeat, because there is a great distance in time and context. But there was a certain ambience that had a familiar feel to it and that evoked an earlier age. The anti-colonial mass movement had reached out to women as well, and the 1940s saw their greater participation. They came to the prayer meetings called by Gandhi and to other political gatherings. Women had participated earlier but there was something in the mood of the early forties that was different. Perhaps it was the instinctive feeling that the movement was reaching its pivotal moment—the point of gaining freedom and India becoming an independent nation. The participation of women was impressive although some have argued that a larger number could have been drawn in. It was the recognition that women were required to do more than picketing liquor shops and wearing khadi. Participation meant attending meetings and adding their voice to the protest.

It also meant the surfacing of other features that were very much in the air at that time. These features were also reflected in the Shaheen Bagh movement. For a start it was an entirely non-violent protest, with the women understanding fully well the intention of the movement. They were aware of their constitutional rights as citizens of India hence the fear of losing this citizenship. Reading repeatedly the preamble to the Constitution was symbolic of an emphasis on citizenship of a secular kind. It was reminiscent of the kind of citizenship that some of the national leaders of those times were speaking about. The call to women to come out and participate in a political action was a direct confrontation with patriarchy. For patriarchy requires women to be sequestered in the home and not take part in public life.

The call to women to come out and participate in a political action was a direct confrontation with patriarchy.

Equally important, the stand taken by the women was a far cry from communal politics. The immediate concern may have been that the people whose citizenship was being questioned were in the main Muslims. The protesters were asking for a dialogue to discuss the implications of the new laws for their citizenship. On the face of it the minorities were likely to be the only ones that would be most affected, but as it turns out a number of people from the majority community do not have the required documents. It takes on the problematic of not just the community identity but Indian identity in the requirement to prove Indian citizenship.

I should perhaps also mention that for those of us who have a memory of the British Raj and the anti-colonial movement, there is an element of déjà vu in some of the events of present  times. The debates regarding religious codes controlling freedom of thought and expression that some have been objecting to as an unwanted intervention in the functioning of society, and an undermining of secularism, present a situation that echoes a similar debate that hovered—although to a far lesser extent—over the movement for independence.

When echoes of colonialism surface and people protest, one is inevitably taken back to memories of pre-1947.

Interestingly these attempts to forefront religious controls on society, described as a return to indigenous ways of thinking and acting, are actually rooted in the colonial theories and explanations that were established by colonial governance. For example, the tenacity with which some of the Indian middle class holds onto the British created two-nation theory. Colonial theories whose inaccuracies my generation tried to expose are returning in forms supported by the patronage of those in authority. These theories are unacceptable to professional historians—those whose explanations of the past are based on reasoned thinking and logical connections. Reminiscent of colonial actions, dissenting opinion is made punishable using the continuing colonial laws—as for example, sedition—in relation to the freedom of expression.  When echoes of colonialism surface and people protest, one is inevitably taken back to memories of pre-1947.

SY: The court and the university have not proved a bulwark against attacks on democracy. As deliberative institutions that are much idealised and staffed by some of the most highly trained people in the country, their failure reflects poorly on post-independence values and priorities. Would you agree?

RT: The court and the university have not been a bulwark against attacks on democracy but I don’t think that this reflects poorly on post-independence values and priorities. It reflects on those who constitute courts, universities, and similar institutions. It reflects on our inability to explain to the public that these institutions are crucial to the functioning of society. We built them without strong foundations. We were perhaps satisfied with having these institutions rather than ensuring that they were properly rooted.  One could point to a range of factors that stilled the vision of a society moving forward. I shall mention only one aspect from among those that I think were and are crucial.

The change from a colony to an independent nation-state is a fundamental historical change. It involves not just the creation of a nation, and the writing of a constitution to embody the change, both of which we did, but also planning new structures to replace the old ones, at least those that were redundant for the new post-colonial society that was envisaged. This last we did not do. We kept adapting colonial institutions to our needs where we should have been working with new ideas and institutions. Some of this was attempted in the first two decades but it faded after that. This has also been a critical factor in other ex-colonies that became independent nations.

The potential of the state-citizen relationship establishing a secular democracy is now threatened by religious majoritarianism.

The fundamental change is that it should introduce the existence of not just the nation-state that represents the nation but also the equally important, or possibly more important, other component, that of the free citizen. Those who were earlier the subjects of authority were now to be independent citizens with rights that ensured their well-being. These rights have to be guaranteed by the state to which the citizens in return have some obligations. When I mention rights I mean the entire gamut from providing human needs of food, water, health and educational facilities to affirming the equality of all citizens in the functioning of society and therefore social justice. We established the state envisioned as a secular democracy but allowed both qualifiers to gradually weaken.  Globalisation held out short cuts. The discerning few warned against its economic promises but were not heeded. The potential of the state-citizen relationship establishing a secular democracy is now threatened by religious majoritarianism. This changed situation calls for new thinking.

SY: If you offered our readers a short list of texts, primary sources, that buck the popular simplification of history, what would be on it?

RT: I presume that by primary sources you do not mean what we historians mean by the term. That would require knowing which languages your readers are comfortable with. It would be easier to suggest what we call secondary sources, that is writing that draws from and argues on the basis of evidence, its explanation and its interpretation. But that would be a long list.  My book carries a combination of such readings for each section of the essay. So I could suggest to your reader to start with that.

“There is greater distress and injustice in society today”