In this biography of the most prominent of Mughal rulers, Akbar, Ira Mukhoty offers her characteristic brilliance – astute historical research presented in an effortless narrative. Mukhoty brings the history to the reader as vivid, complex, questionable and continuous, with subtle allusions to the present context. One may have misgivings about the "definitiveness" that it claims for itself, but it certainly is one of the more distinct and enjoyable biographies of the medieval period.

Following are some excerpts from the book where we come across Akbar's unconventional enthusiasm for religious pluralism and exchange. 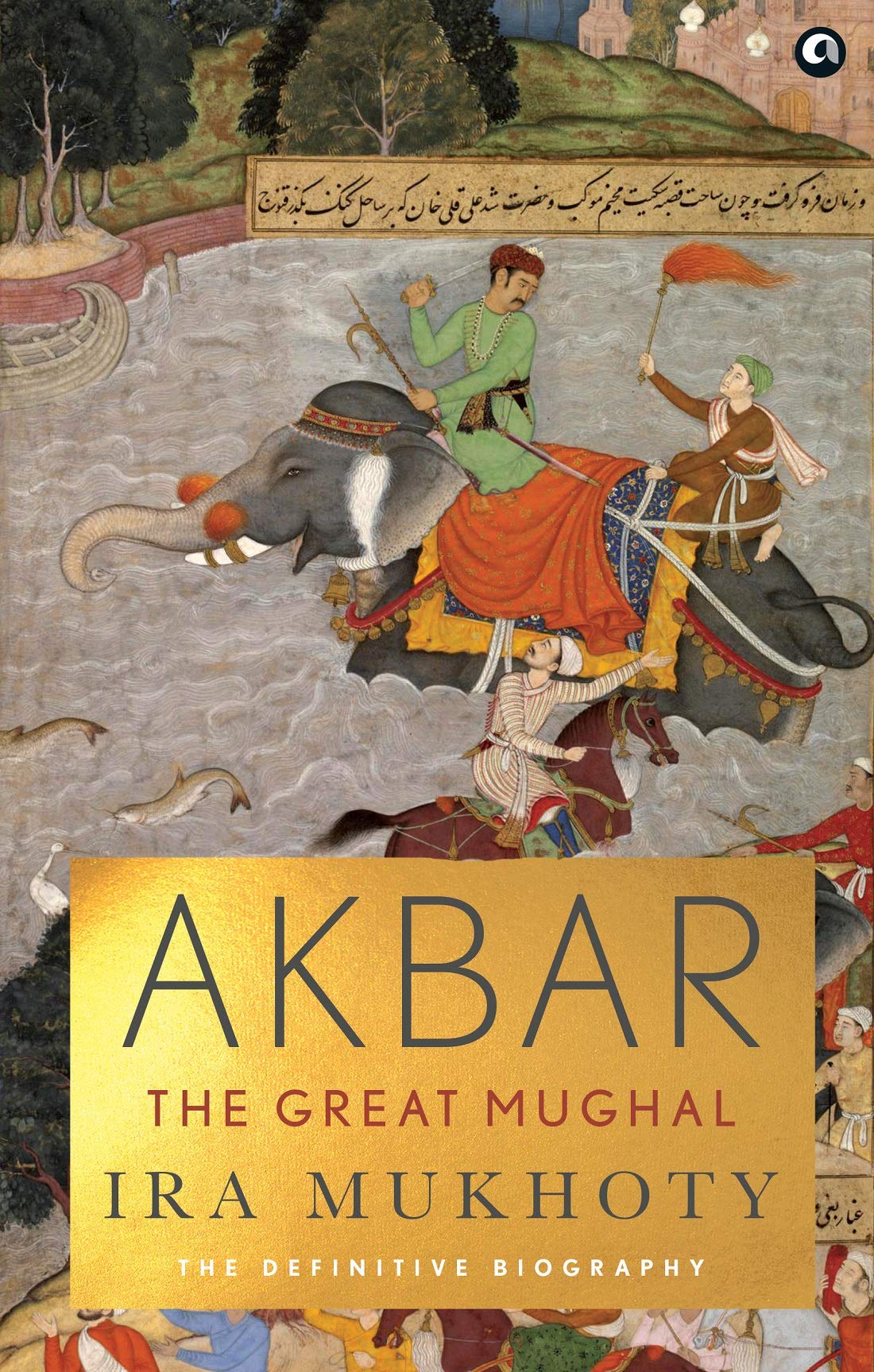 Disappointed by the sheer number of contradictory traditions and decrees held as infallible by the different orthodox Sunni theologians, Akbar invited proponents of the other sects of Islam, such as the Shias and the Mahdavis1 to the ibadat khana. But here again the men became irrevocably entrenched in their various beliefs, to the extent of abusing the others’ cherished holy figures and heroes. Even the Prophet and his companions were not spared and the discussions once again descended into recriminations and accusations. In October 1578 Akbar finally decided to invite scholars and thinkers from outside the Islamic fold to join in the discussions. ‘Sufi, philosopher, orator, jurist, Sunni, Shia, Brahman, Jati, Sevra ( Jain monks), Charbak, Nazarene, Jew, Savi, Zoroastrian and others enjoyed exquisite pleasure,’ wrote Abu’l Fazl, ‘by beholding the calmness of the assembly… The treasures of secrets were opened out without fear of hostile seekers after battle.’

An early Christian visitor to the Mughal court was Father Julian Pereira, who arrived in March 1578 at Akbar’s invitation. Described as ‘a man of more virtue than learning’ he exposed the errors of Islam during discussions with the ulema, causing the agitated Akbar to jump up during the talks with loud shouts of, ‘May God help me! May God help me!’, so annoyed and upset was the Padshah at the mullahs’ poor defence of Islam. Father Pereira taught Akbar a few words of Portuguese, one of which was the name of Jesus, which Akbar then took great pleasure in repeating aloud to himself in his palace.

It was in this spirit that Akbar’s ambassador, Abdullah, was sent to the Jesuits in Goa where he was received by a number of Portuguese noblemen. Dressed in their finest robes and accompanied by a cavalcade of swishing horses, Abdullah was taken to the tomb of St Francis Xavier, a Catholic missionary and co-founder of the Society of Jesus, where the Mughal party removed their shoes respectfully and paid homage. A group of three Jesuits—Rudolf Acquaviva, the Spaniard Anthony Monserrate, and Henriques, a Muslim convert ‘of great piety but of very slight learning’, but fluent in Persian— was appointed to travel to the court of the ‘Great Mogul’. ‘I am writing to ask your prayers,’ wrote Acquaviva earnestly to his uncle Father Claude Acquaviva, also a Jesuit. ‘For we need greatly God’s help, as we are being sent “like men appointed to death,” into the midst of Muhammadans, whose word is always to be distrusted.’ Nonetheless, Acquaviva reassured his uncle, ‘we go…filled with a joy such as I have never felt before, because there is a chance of suffering something for Christ our Lord… And if we are to shed our blood for love of Him, a thing very possible in such an expedition, then shall we be truly blessed.’ So with exaltation in their hearts and a Persian grammar book in their hands, the three Jesuits travelled to Fatehpur Sikri accompanied by an escort of twelve Mughal horsemen. They crossed plains ‘covered with cactus, with palms, and banyan trees’. They travelled past mango trees in blossom, and fields of poppy, and flax, and noticed the frequent wells and stone tables built for the ease of pilgrims by Hindu citizens.

Travel, for the Hindu population, was an essential part of life. Pilgrimages were as much part of the texture of their lives as fasts, vows, and religious ceremonies. Very often, wealthy men from cities would send out invitations to their friends to join them on particularly redoubtable pilgrimages. The highways, though much more secure than earlier, could still be highly dangerous. Banarsi Das, a trader from Agra, once saved himself through his quick wit, pretending to be a Brahmin and reciting Sanskrit slokas and blessing the robbers so that they were either too ashamed or too fearful to rob the ‘high caste’ traveller. Akbar had begun making improvements to some of the major roads and highways and one in particular, the Agra-Ajmer road, was described by Badauni:

A lofty college and high and spacious palaces were built on the road to Ajmer…. …he ordered a palace to be built at every stage…and a pillar to be erected and a well sunk at every kos. Ever so many hundreds of thousands of stags’ horns, which the Emperor had killed during the course of his life, were placed on these pillars as a memorial to the world.

While the Jesuits were making their weary journey from Goa, sixty-seven Jain monks from Gujarat, silent and barefoot, were preparing to leave for the Mughal court too. Elsewhere, Brahmins were gathering their few possessions as were Sufi monks, and aberrant, long-haired yogis, all preparing to head to Fatehpur Sikri because Akbar wanted to meet with the seekers of the sublime, the speakers of seductive truths. ‘For a long time, it was the custom that the dull and superficial regarded the heartfelt words of holy souls as foolishness,’ agreed Abu’l Fazl. ‘They recognized wisdom nowhere but in the schools and did not know that acquired knowledge is for the most part stained with doubts and suspicions. Insight is that which without schooling illuminates the pure temple of the heart.’

This spirit of joyous enquiry was rare for the times. In England, a small nation of some four million people, Queen Elizabeth I had recently been excommunicated by the Pope after she had wrested the throne from her sister, Mary Tudor, who had been wont to burn ‘heretics’ at the stake, and came to be known as Bloody Mary. Under Elizabeth I, Catholics and Jesuits were those who were persecuted and Muslims, if they were acknowledged at all, were always ‘Saracens’, the crusading Arabs. In France, the Protestant Huguenots were waging war on the Catholics and had desecrated statues in the Gothic cathedral of Notre Dame in Paris. This was also Spain’s century of conquest. In vast tracts of the Caribbean and South America they introduced a plundering mix of religion, disease, rapacity, and destruction. Meanwhile the three great empires that covered the Dar al-Islam—the Ottomans, the Safavids and the Mughals—were crucibles of cultural creativity and cosmopolitan movement. Scholar Jerry Brotton, writing of an English soldier’s first visit to Morocco at this time observed that coming from ‘the monoglot world of England and Ireland and its stark religious divisions between Protestant and Catholic, the multi-confessional and polyglot world of Marrakesh… with its Berbers, Arabs, Sephardic Jews, Africans, Moriscos and Christians’ would have come as a great shock.

In the sixteenth century in Fatehpur Sikri, there was a similar shearing of ideas and languages and influences between men and women from all over the Mughal Empire, 100-million strong at its peak2 and boasting thirty languages and seven religions, and from further still, from the Deccan, Persia, and from the shores of Christendom. In an equally cosmopolitan court, a new culture would be wrought which would travel, through its great courtiers, in syncopated rhythms, vernacular cadences, and jewel-bright colours, to all corners of the empire.

These are excerpts from Akbar: The Great Mughal written by Ira Mukhoty and published by Aleph Book Company. Republished here with permission from the publisher.
Ira Mukhoty is the author of Daughters of the Sun: Empresses, Queens and Begums of the Mughal Empire and Heroines: Powerful Indian Women in Myth and History. Mukhoty writes rigorously researched narrative histories, with a special focus on evolution of mythologies, the role of women in these histories and how that speaks to the present context.