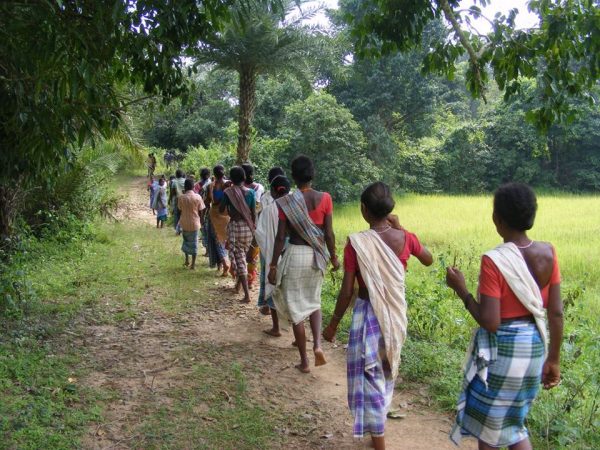 The National Human Rights Commission has directed the Chhattisgarh State Government to compensate human rights defenders Rs 1 lakh each for false cases filed against them, with compliance within six weeks.

On 5th November 2016, the Chhattisgarh police lodged an FIR against us under various sections of the IPC, Arms Act, and UAPA for the alleged murder of one Shamnath Baghel of Nama village, Sukma District. The case was supposedly filed on the written complaint of Shyamnath Baghel’s widow, Vimla Baghel. However, she is on record saying she did not name anyone. On 15th November 2016, the Supreme Court gave us protection from arrest. In 2018, since the Chhattisgarh police had not taken any steps to investigate or close the matter, we filed a petition in the Supreme Court. Following Court directions, the Chhattisgarh government investigated, and finding there was no case against us, dropped the charges in February 2019. The NHRC had also taken up this matter in 2016, along with the police burning our effigies and IG Kalluri threatening to stone us if we entered Bastar.

In February 2020, taking note of the Chhattisgarh Police admission that there was no case against us, the NHRC noted:

“In our considered opinion, these persons would have certainly suffered a great mental pain and agony as a result of registration of false FIRs against them by the police, which is a violation of their human rights and for this the State Government should compensate them. Therefore we recommend and direct the Government of Chhattisgarh through its Chief Secretary to pay a sum of Rs One Lakh each as monetary compensations to the six persons namely Prof Nandini Sundar, Ms. Archana Prasad, Shri Vineet Tiwari, Shri Sanjay Parate, Ms. Manju and Shri Mangla Ram Karma, whose human rights were gravely violated by the Chhattisgarh police.”

The NHRC also directed the same monetary compensation to a fact-finding team of lawyers from Telangana who were acquitted of all charges after having spent some seven months in Sukma jail. (Letter dated 13.3.2020 reporting NHRC decision of 13.2.2020).

We welcome the NHRC order and hope that the Chhattisgarh government will act promptly to redress the reputational loss and mental agony suffered by us.

We hope that the police officials responsible for filing false charges against us, especially then IG Bastar Mr. SRP Kalluri will be investigated and prosecuted. The false charges were filed immediately after the CBI indicted SPOs and Salwa Judum leaders under Mr. Kalluri’s command for the burning of the villages of Tadmetla, Timapuram and Morpalli as well as the murderous attack on Swami Agnivesh in 2011.

To date, despite NHRC recommendations in 2008 and repeated Supreme Court directions, the Government of Chhattisgarh has not compensated the thousands of villagers whose homes were burnt by Salwa Judum or prosecuted those responsible for rapes and murders. Fake encounters and false arrests continue to be a grave concern in Chhattisgarh.

We are grateful to the PUCL for taking up the cases of all human rights defenders in Chhattisgarh and for informing us about the NHRC order. It is deeply distressing that PUCL Secretary and Advocate Sudha Bhardwaj who took up such cases in Chhattisgarh has herself been arrested under false charges. We trust that all human rights defenders who have been falsely accused will get justice.