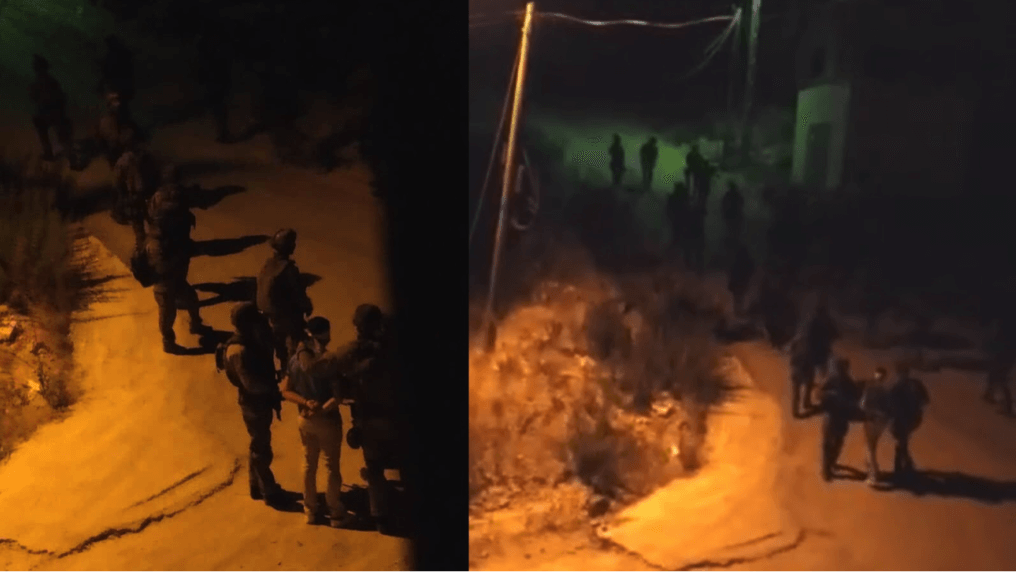 We call on all BDS activists everywhere to further strengthen BDS campaigning to hold Israel accountable, and for states to impose sanctions. #FreeMahmoud

The soldiers stormed into his house, blindfolded and handcuffed him and took him away from his wife and three young children. Mahmoud has been at the forefront of grassroots organizing in occupied Palestinian territories and in 2018, also visited India to promote solidarity between Indian and Palestinian movements.

The arrest of a human rights defender like Mahmoud is part of Israel’s decades-long regime of apartheid, occupation and settler colonialism, which includes killings, intimidation, arbitrary arrests, control over movement, forced displacement and many forms of collective punishment. Israel recently announced its plans to formally annex parts of the occupied West Bank, which in effect simply makes its ongoing de facto annexation, de jure. This planned annexation is in gross violation of international law, and has drawn condemnation and demands of action against Israel from across the world. This too is part of Israel’s apartheid system, and Mahmoud has been a part of campaigns against this, being led by Palestinian civil society.

We in India know much too well the face of persecution and the moral necessity to defend prisoners of conscience. The use of draconian laws like UAPA to silence dissent is an ongoing battle for us. We understand the need to build solidarities across movements, especially as the regimes that rule us start to mirror one another.

In the face of this injustice, the BDS movement has called upon people of conscience from across the world to demand immediate release of Mahmoud Nawajaa, and continue building BDS- the non-violent, grassroots, civil society movement that has exposed Israel in the world arena. This will be the most powerful way to send Mahmoud and other thousands of Palestinian political prisoners solidarity.