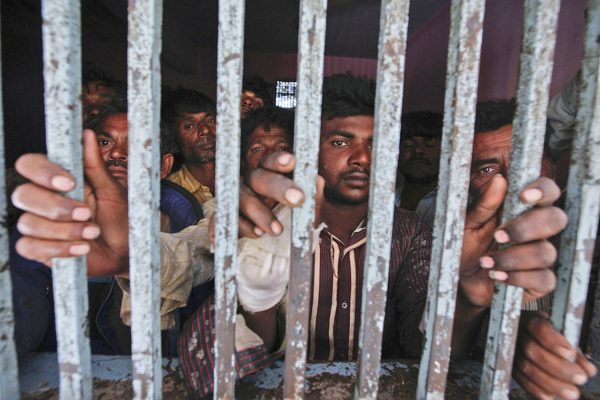 Activist Gautam Navlakha, currently lodged in an overcrowded and unhygienic quarantine facility that runs from a school in Pune has raised serious concerns about the spread of COVID-19 there, which he had raised during his arrest too.

Navlakha is among those accused of allegedly making provocative speeches at the Elgar Parishad conclave held in December 2017 at Pune. The next day, violence had erupted at the Bhima-Koregaon war memorial.  He was booked under the Unlawful Activities (Prevention) Act, or UAPA. The case is under the National Investigation Agency (NIA).

The post details the horrific condition that the activist and 349 other inmates are living under, even as the pandemic is at its worst in Maharashtra. According to Navlakha, the facility runs from a school building and around 350 adults are divided into six class rooms. The room that Navlakha is in has 35 other inmates and more are forced to sleep in the corridors due to overcrowding. All the inmates have to share three toilets, seven urinals and have to bathe in a common space.

Here is what Patwardhan posted online:

"A very worrying letter from Gautam's partner Sahba. Remember that Maharashtra is the epicenter of the epidemic.

Gautam called me yesterday after a gap of 15 days. All I knew until then was that he was sent to a quarantine facility in Taloja on 26th May after he was suddenly shifted from Tihar jail in Delhi to Bombay. This quarantine facility runs from a school building in Taloja where new inmates are brought before being shifted to jail.

Gautam mentioned to me on the phone some of the horrific details that I am sharing with you.

He said that there are 350 inmates crowded into six classrooms in the building with Gautam having to share the room with 35 other inmates, many others sleeping in the corridors and passages. There are only 3 toilets, 7 urinals and a common bating space without a bucket or a mug. He said that the congestion is such that apart from the fear of Covid-19, inmates are prone to skin infections too.

He also said that there is no fresh air as they are mostly locked in with no place to walk or exercise, although he manages to do his yoga as other inmates help to clear some space for him. He said he has lost 2 kg in these three weeks of prolonged quarantine and was wondering how long the authorities would keep him and the other inmates in such inhuman conditions. Taloja jail at present does not seem to have space for new prisoners such as him. Given these circumstances it worries me to think about the extreme health risk that he and other inmates are being exposed to on a daily basis.

He also mentioned how all of them are completely cut off from the outside world as there is no news flowing in or out of this quarantine facility. He wondered about what could be going on in the world outside!

I must say I am truly aghast with what he shared with me yesterday.

Despite these deplorable conditions that he described to me, he sounded well and said that he is trying his best to manage and not wilt under the sheer burden of this ordeal.

I thought I must share this with you since you have often been asking me about his well being . His lawyers and I are trying to see what can be done, although I do believe that it is important for us outside to raise our voice against this kind of inhuman treatment of a political prisoner like Gautam – and in fact all the other BK 11 currently in jail.

You must have also heard regarding Varvara Rao’s terrible and deteriorating health condition inside the jail.

The concerned authorities urgently need to look into this and make necessary amends.

Well, thanks for calling me earlier today. 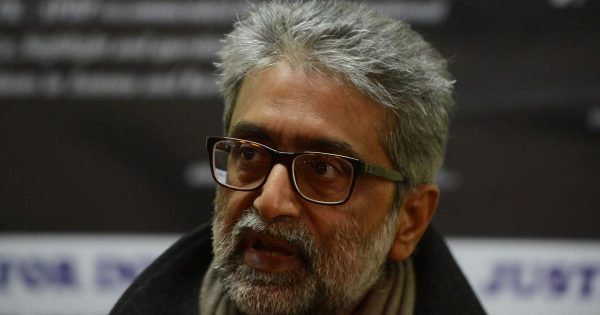 
According to news reports, Navlakha had been taken to Pune from Delhi’s Tihar jail, and sent to the quarantine facility. Prisoners were to be quarantined before they were shifted to the Taloja central jail. That was three weeks ago.

In April, Gautam Navlakha had written a note after his and scholar activist Anand Teltumbde’s bail applications had been rejected by the Supreme Court. The court had given them a week to surrender to the National Investigation Agency (NIA), which they had. Even at that time he had then written a note and expressed his concerns about the pandemic. That note too was widely shared and reported on.

"The Indian Prime Minister has likened the challenge posed by Covid-19 pandemic to a state of “national emergency”. Meanwhile, the apex court itself recently intervened in the matter of jail conditions, and issued guidelines to the authorities regarding the overcrowding of jail inmates and the threat posed to the prisoners and detenues, jail staff and other personnel assigned jail duties. This concern remains although no case of Covid19 infection has come from any jail so far, somewhat reassuring for me. However, I am affected by the fear that my near and dear ones harbour about my captivity amidst Covid19.

I cannot help but feel disappointed that the terse order of the Supreme Court on 8th April had no reference to the COVID-19 pandemic, which has overtaken the world, including all of us in India.

However, I can now begin to face the actual legal process, which accompanies cases where provisions of Unlawful Activities (Prevention) Act are invoked. Such Acts turn the normal jurisprudence upside down. No longer is it the axiom that ‘a person is innocent unless proven guilty’. In fact, under such Acts, ‘an accused is guilty unless proven innocent".