Theatre actors, among others, were at a loss when the lockdown began on March 25. Many took to shooting videos and posting them online, live or recorded, using the various social media platforms available. I guess that is natural – showing themselves is part of the actors’ job description. They love to be seen.

When the lockdown began, I wondered how long it was going to be before we’d be able to perform in front of a live audience. I also wondered how I was going to keep my acting chops exercised. Within the first few days of the lockdown, as I negotiated the new realities of life, I decided to make a poetry offer. 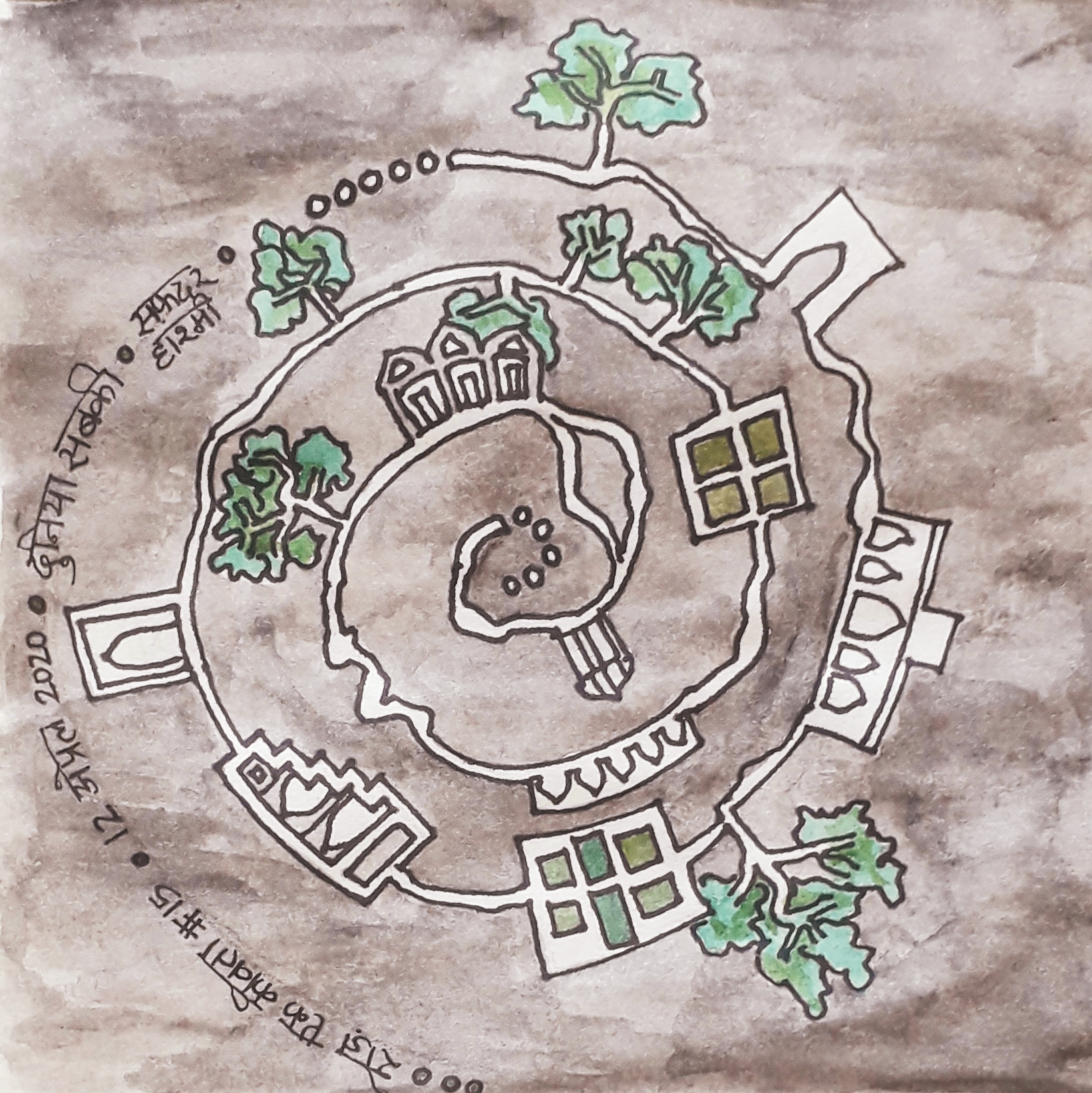 Whether we perform on big stages or small, in playhouses or in the open, to adults or to children – actors thrive on performing for live audiences. We feed off the energy of the audience, and we give back in the moment. We love turning our bodies into weather vanes that sense which way the emotional winds of the audience are blowing.

And it is remarkable how we, theatre actors from all over the world, tend to think of the audience – comprised of dozens, even hundreds of discrete individuals – in the singular. The “audience” becomes one entity during performance.

I don’t mean that every member of the audience thinks or feels the same way, but I’m trying to find a way to communicate how, as actors, we feel the energy of the audience as one entity.

Interestingly, some film actors with a theatre background think of the camera as a live audience.

My first instinct was to do live video streams on Facebook or Instagram. But something inside me said no. Partly because many actors were doing exactly that; but more so because I felt that poetry is best enjoyed when read by oneself, or by simply listening to the words, undistracted by an actor’s visual presence. The “performance”, its meaning and nuance, is best conveyed by the naked voice (when not performed in front of a live audience, that is). 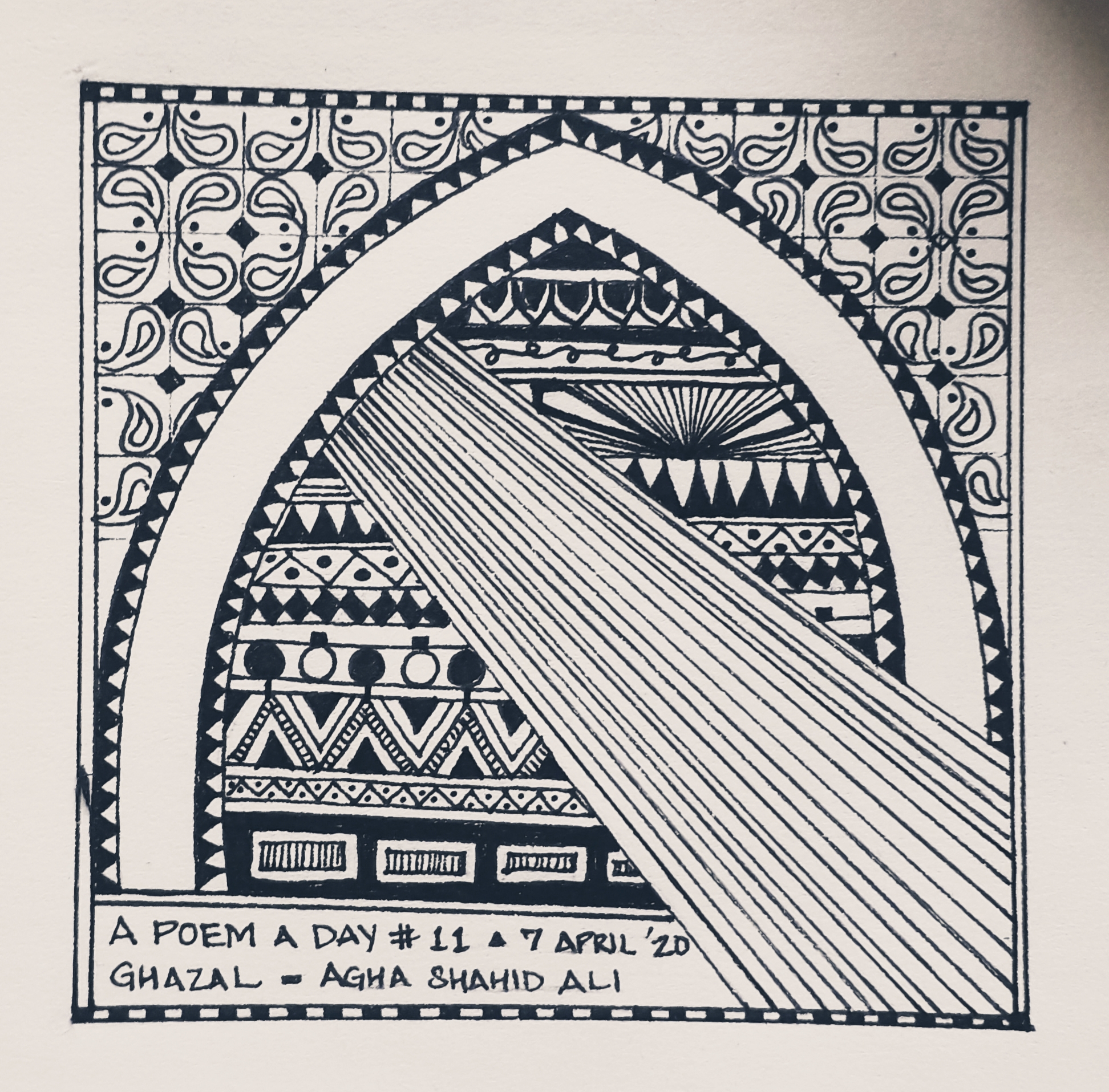 Since March 28, I’ve been recording a poem every day, by poets I love, and sharing these with an “audience”. These are not videos but audio recordings, shared via WhatsApp. The audio format has an intimacy that conventional social media lacks. Also, I liked the idea of people receiving the poem in a format and location that was easily retrievable, which could be enjoyed at any time during the day, and didn’t require looking at the screen.

Without thinking too long about it, I put up my poetry offer in a post on Facebook and Instagram. I’d have been happy with maybe 20 or 30 requests. I got nearly thrice as many within a couple of hours.

As I set about recording the poem, I realised that WhatsApp doesn’t allow a pre-recorded file to be sent to a broadcast list.(A “broadcast list” works differently from a “group”.) As soon as I finished the reading, I had to decide, in an instant, whether to cancel the recording or to send it. There was no way of listening to it before deciding. I found that exciting – it was a bit like a live performance!

The selections have been more or less spontaneous. On three occasions, I’ve marked birth anniversaries – Safdar Hashmi’s, Babasaheb Ambedkar’s, and Lenin’s – and one poem is a response to Modi’s “taali bajao–thali bajao” call. For the rest, I’ve drawn upon my own emotions, memories, and feelings, to choose what I read on any given day. It’s more or less spontaneous. If there are thematic continuities, I leave that to the listeners to arrive at.

The day I sent out my first poem, my friend Virkein Dhar, an architect and dancer based in Gurgaon, sent a message asking if she could make an artwork for the poems I would send out every day. Since even I don’t know what I’m going to send before the actual recording, she had to respond to the poem fairly spontaneously as well. Over the past month, I haven’t stopped marveling at Virkein’s ability to translate the sense of the poem visually, day after day. 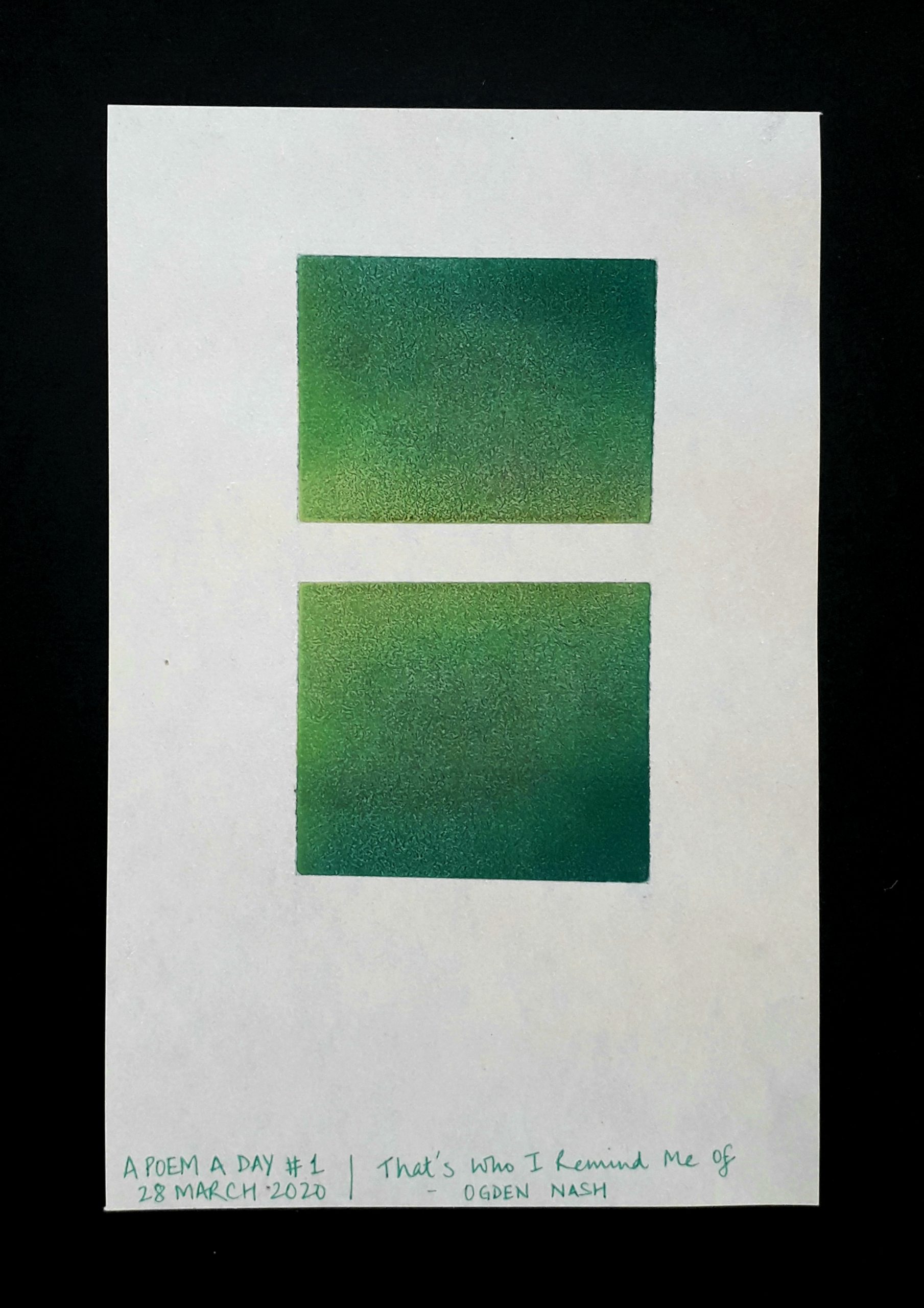 As Virkein began sending me her artworks by WhatsApp, I started posting them on social media, and this brought me more listeners. Word of mouth did the rest. I now have a little under 200 “subscribers” to my broadcast list, about a third of whom are people I don’t know at all. It’s been interesting to me that since we began this little “jugalbandi”, Virkein and I have not felt the need to discuss with each what we are doing – we’ve basically gone with the flow, each in our own isolation. When penning this note, I asked Virkein what she felt about it. Here’s what she says:

“I gravitated towards this because I’ve been overwhelmed by the screen and everything and everyone on it. While a lot of people have pivoted towards performing on the screen, which may seem closest to the real thing, I’m not one who got pulled into that. I began to read about the connections between sound and touch instead. And when I heard your first audio poem, I felt it in a way I had not felt anything I had seen online. And I find it intriguing to explore the connections between the text (in turn the writer), your voice and its embedded emotions, and my expressions in the visual. And increasingly, how this indirect chain shares with a much larger audience who finally only hear and see the texts. While poetry with its inherent metaphors creates great imaginations, I wonder if the same is possible for theatre texts or prose?”

A couple of subscribers asked if I was going to put up the recordings on the internet. I said no, because I had no idea how to go about this – I don’t even know where WhatsApp voice messages are saved on my phone! For me, it really was like a live performance – impermanent and transient.

Then another friend, Vinutha Mallya, a journalist and book editor based in Pune, offered to figure it all out and put it up as a podcast. I was delighted, and grateful. Now, Vinutha publishes the podcast, which is hosted on Spreaker, and available on Apple Podcasts, Google Podcasts, Spotify, among others, along with Virkein’s wonderful artworks.

What began as a lark has organically developed into a collaborative project between the three of us.

The Indian Cultural Forum will carry a series of posts titled “Podcasting poetry in lockdown” over the next week featuring more of these artworks and recordings.

To be added to the broadcast list, follow Sudhanva Deshpande on Instagram (@sudu26) or Facebook.
Images © Virkein Dhar.
Sudhanva Deshpande is the author of Halla Bol: The Death and Life of Safdar Hashmi (LeftWord 2020).