Campaign Statements
In Solidarity with and Appeal to Acquit Prof. Anand Teltumbde
April 4, 2020 Statement by IIMA faculty, students and alumni

Over 280 students, faculty members and alumni of Indian Institute of Management, Ahmedabad (IIMA), have signed a statement in solidarity with their illustrious alumnus, Anand Teltumbde who apart from being a corporate leader and teacher has done so much to the society.  Teltumbde is expected to surrender himself by April 6 in accordance with the Supreme Court verdict. 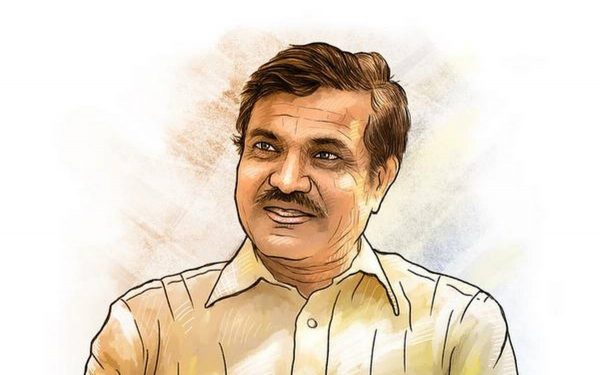 We, as part of the IIM Ahmedabad community in our individual capacities are very concerned at the prosecution of Professor Anand Teltumbde, our alumnus and one of India’s foremost public intellectuals. Prof. Teltumbde has always promoted the struggle for empowerment of India’s dalit communities, rights which are granted in the constitution of India.

On March 16, 2020, the Supreme Court of India rejected the anticipatory bail application of Dr Teltumbde and ordered his "surrender" by the 6th of April, 2020. We strongly urge the Chief Justice of India and the Supreme Court to take cognizance of the dangers posed by the pandemic COVID-19 to the health and life of Dr Teltumbde, a senior citizen with pre-existing health conditions and at a high risk of infection, if imprisoned. Incarceration at such a time will most definitely endanger his life. Professor Teltumbde has been fully cooperating with the investigating authorities and poses no flight risk. At the very least, we urge the judicial authorities to amend the arrest order to a date post the subsiding of the global health crisis, so that there is no danger to his life.

The letter from his daughters, which can be read here, speaks volumes about his predicament.

Professor Teltumbde has been charged under the draconian Unlawful Activities (Prevention) Act, 1967, which does not require a trial or conviction. A comment on the Act may be found here.

The charges against him are framed through the "Bhima Koregaon" case, which has been stated in a report as full of irregularities and violating the human rights of those charged under that case. (Refer to American Bar Association’s report documenting irregularities and violations of the freedom of expression and association in this case and a more recent investigation pointing to the fabricated nature of the evidence). Another report by the Office of the Commissioner of Human Rights may be found here.

Professor Teltumbde is a distinguished scholar and a civil rights activist with a long history of speaking against repressive practices affecting vulnerable sections of the population such as dalits, working classes, and society’s entrenched regressive cultural institutions such as caste. Admired by many as an organic intellectual, Dr Teltumbde’s writings have contributed immensely to critical debates on democracy, globalisation and social justice.

A consummate polymath hailing from very humble beginnings as a member of the dalit community (India’s long-oppressed "Untouchable" castes), Dr.Teltumbde graduated from India’s leading institutions of higher education with high scholarly achievements. He is an alumnus of the Indian Institute of Management (IIM Ahmedabad), has had a long and illustrious career in the corporate sector in top management positions in the state-owned Bharat Petroleum Corporation Limited, and Petronet India Ltd (a private company promoted by the Government of India). e He has also been Professor of Business Management at the Indian Institute of Technology (IIT-Kharagpur) and is currently a senior professor and chair of Big Data Analytics at Goa Institute of Management.

His astute analysis on the dynamics of caste and class and on the relevance of Dr. B.R. Ambedkar for contemporary society are essential references for scholars and are required reading at many universities around the world. He is frequently an invited speaker at international conferences, demonstrating the respect his work commands all over the globe.

Under the same charges is Gautam Navlakha — a highly respected well-known democracy and human rights activist and a journalist. He has been a longstanding member of the People’s Union for Democratic Rights, Delhi. He has served as an editorial consultant of India’s leading social science journal — Economic and Political Weekly and has been a convener of the International People’s Tribunal on Human Rights and Justice in Kashmir. His book Days and Nights: In the Heartland of Rebellion (Penguin, 2012) is one of the most serious interventions in understanding the Maoist movement in Chhattisgarh.

The Central government transferred the cases of Teltumbde and Navlakha from the Maharashtra government to the National Investigation Agency (NIA) under the Ministry of Home Affairs recently post the change in power in Maharashtra. Prof. Teltumbde and Mr. Navlakha’s methods of struggle for justice have always been within the provisions and freedoms provided by the Constitution. Neither of them has anything remotely to do with organising or the subsequent events that occurred around the Bhima Koregaon episode.

By targeting Dr. Teltumbde — a person of exceptional antecedents as a corporate leader, high calibre scholar, a celebrated public intellectual and also coming from one of the founding families of Indian democracy — of Dr. B.R. Ambedkar — the state is sending a message to the entire country that it could go to any extent to repress the voice of people if they dare to dissent.

A century before the UAPA amendments were passed in 2019, the colonial British government passed the Rowlatt Acts for India, that much like the UAPA amendments, snatched powers of due process of law, jury and trial. Mahatma Gandhi started his first major nationwide Satyagrahas against that Act. What followed was the unfortunate incident of the Jallianwala Bagh and nationwide protests by public figures and ordinary citizens alike — forcing the imperial government to withdraw the Act. Surely, after a century, a free and democratic republic of India cannot let such a provision meant for an entirely different context be used to incarcerate India’s noted public figures.

We stand in solidarity with unequivocal support to Dr Teltumbde and Mr Navlakha and all the others who are falsely implicated in the Bhima-Koregaon case, and support the petitions that request his acquittal, and specifically appeal to the honourable President of India to intervene and have all charges dropped against the accused.