The data collected during Census is important because it is used for assessing the impact of existing policies and for framing new social and economic policies. The planning and implementation of policies for the next ten years will be based on the Census conducted this year. However, Census 2020 has been combined with updating of the NPR, which is the first step towards the National Register of Citizens (NRC). Both require information on different but overlapping questions. Many scholars and experts have raised doubts about the quality of data for Census 2020.


Earlier this month over 200 economists and social scientists issued a statement voicing the necessity of delinking Census and NPR. Pointing out the need for a safe and comprehensive Census, the statement expressed apprehension that Census could be affected due to fear and suspicion about NPR. 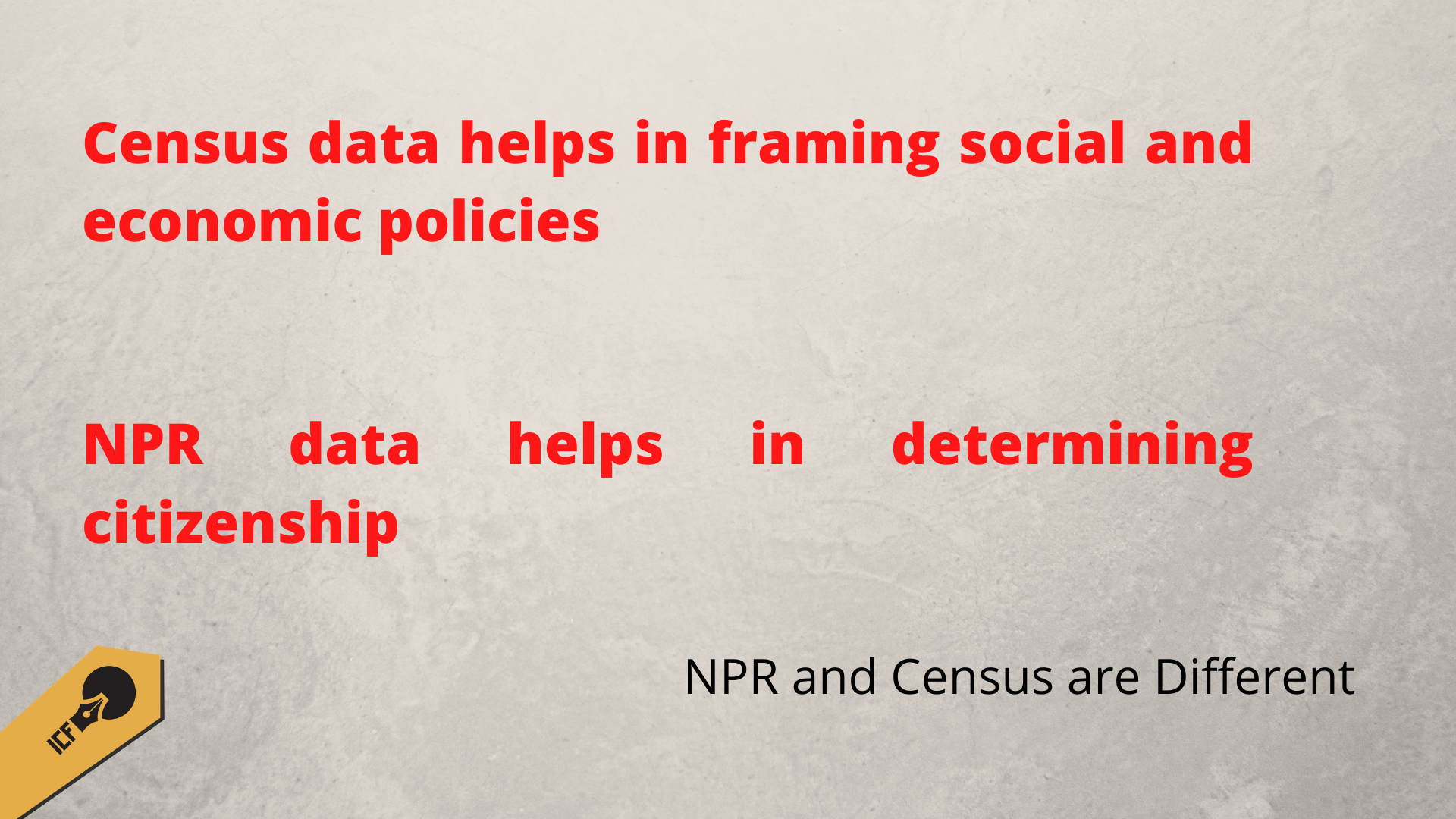 The data collected during Census has to be kept confidential and anonymous. The Census Act punishes the government officials if Census Data is mishandled or made public. However, there is no requirement of confidentiality for the NPR data. The NPR also seeks details of ADHAAR card, PAN card and Voter ID, which makes all the demographic and biometric information available for mass surveillance and, hence, raises serious questions regarding privacy.

For any uninhibited Census, it should be separated from NPR not only because it can lead to determining citizenship but also to reduce the risk of personal data and privacy. 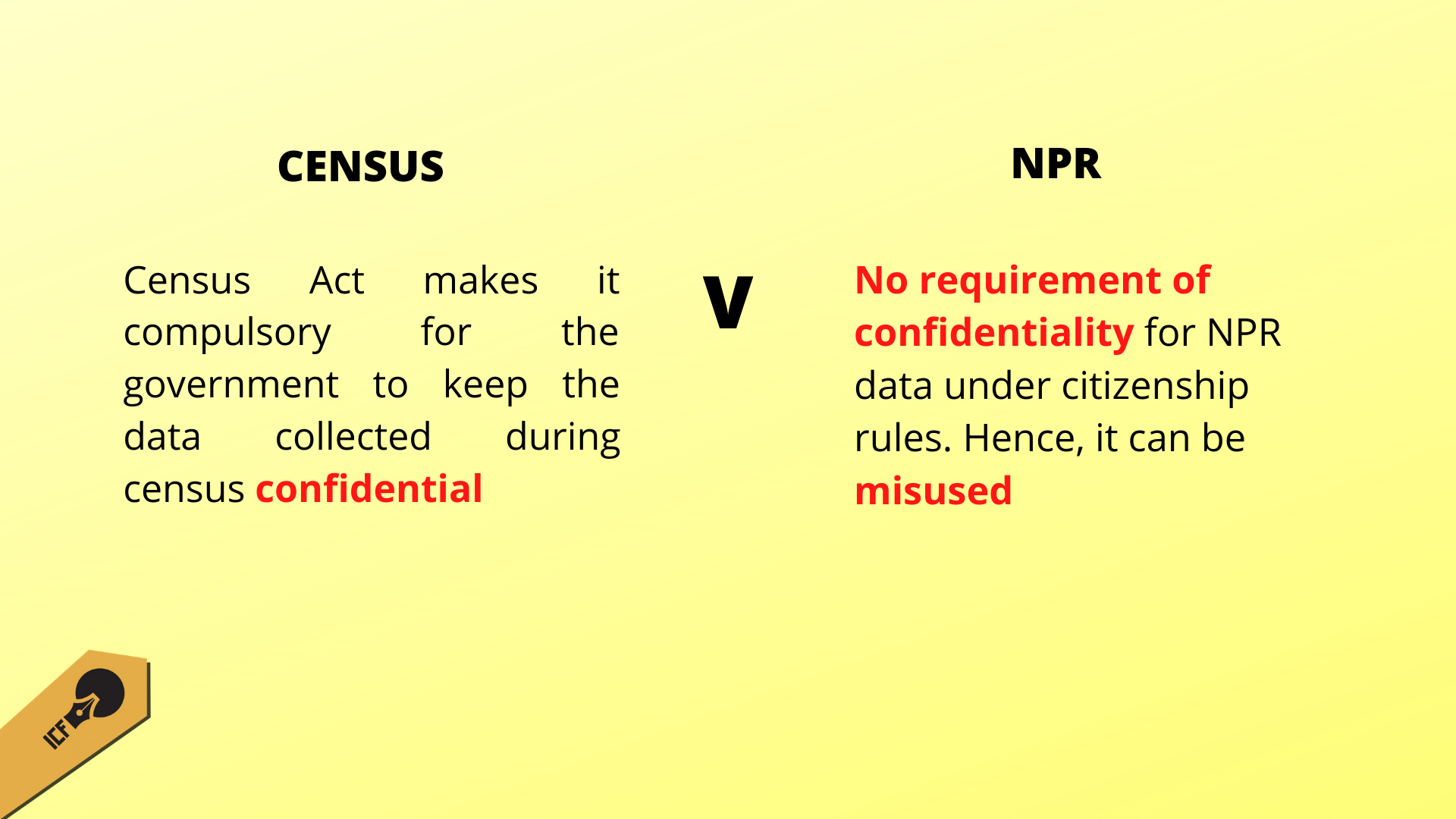 The census and updation of NPR will be carried out through mobile-based applications. This adds to the concerns of data privacy;and it poses the risk of collecting data without the informed consent of an individual.  Although questions sought for the census differ from the NPR questions, some questions overlap. During enumeration the individual may not know which question she is answering or where the information has been recorded as this will be done through the mobile based application.

While non-disclosure of information is not punishable in case of Census, the citizenship rules provide for fine in such cases. De-linking NPR and Census will keep such fear and confusion away from the process of Census, which is important for the economic and social policies of the next decade.