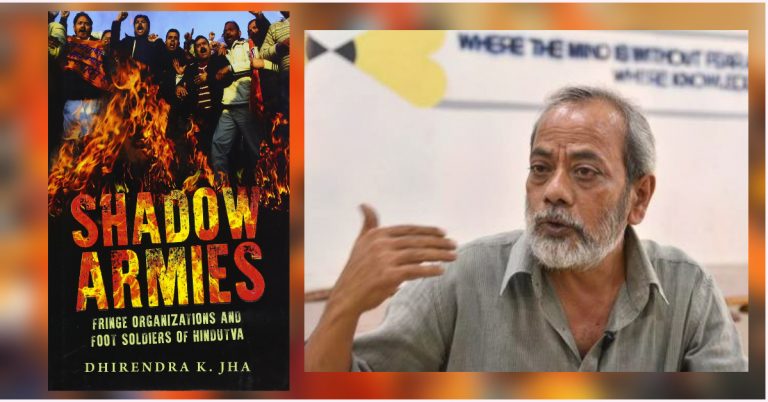 A defamation suit filed by Hindutva group Sanatan Sanstha against popular publishing house Juggernaut Books and author Dhirendra K Jha was rejected by a court in Goa on February 15. Filed two years back, in 2018, the suit was against the publishing and sale of Jha’s book Shadow Armies: Fringe Organizations and Foot Soldiers of Hindutva (Juggernaut; 2017), and had sought 10 crores as damages.

Sanatan Sanstha is a Hindutva extremist group, accused of having links with assassinated rationalists and progressive activists like Narendra Dabholkar (2013), Govind Pansare (2015), M M Kalburgi (2015), and Gauri Lankesh (2017) — all of which has led to demands from the civil society calling for it to be banned. In existence since 1999, the organization has also been part of other criminal activities like the Vashi-Thane-Panvel bomb blasts of 2007, and the Goa blast.

Speaking about the dismissal of the suit, author Dhirendra Jha told the Indian Cultural Forum that, “This is essentially a victory against the attacks on freedom of speech and expression in the country”. Jha added that “The Sanatan Sanstha, which has been accused in multiple criminal cases, should look into itself, rather than try to harass journalists and researchers. Instead of correcting everything that’s wrong about themselves, the Sanstha is trying to slap defamation cases against people who are simply doing their research”.

The central argument in Jha’s Shadow Armies is that the Bharatiya Janata Party (BJP)’s steady rise in the last three decades has happened along with the simultaneous rise of its fringe organizations like the Hindu Aikya Vedi, Hindu Yuva Vahini, Sri Ram Sene, Bajrang Dal, including the Sanatan Sanstha. A thoroughly researched text, the argument is rationalised with the help of an ethnographic study — which includes interviews with the lawyers of Sanatan Santhsa — of all these organizations.

A veteran political journalist, Jha has worked and written on such organisations, as well as on the nexus between spiritual leaders and Hindutva politics, for the most part of his career. Shadow Armies is a product of his enquiry into the Sanatan Sanstha’s functioning, prompted by the assassinations of Dabholkar, Pansare and Kalburgi in Karnataka and Maharashtra. “The beginnings of this project lie in the Karnataka government’s announcement in July 2015 of the link that existed in the murders of the rationalists… The country was in a ferment. Writers and artists were returning their state awards in droves, protesting the inaction of the government. Who had triggered this churning? Sanatan Sanstha, the organisation accused of having commissioned these killings, seemed the obvious first chapter in my journey”, says Jha in the book.

The Sanatan Sanstha has involved itself in moving similar pleas against other journalists in the past too. Last year, the organization went to court against the editor of Marathi newspaper Dainik Sakal, journalist Nikhil Waghle and Hamid Dabholkar, son of Narendra Dabholkar. A defamation suit was filed by the Sanstha against Waghle and Hamid Dabholkar for their criticism of the organisation in a public meeting commemorating Narendra Dabholkar. The The case filed against Dainik Sakal was for having carried the news under the title “New terrorism of anti-nationalists out of selfish motive”.

The Indian Cultural Forum spoke to Chiki Sarkar, publisher and co-founder of Juggernaut Books, who said that they were “delighted by this victory for ourselves, for our author and his superb book, and for freedom of speech in India”.

A joint statement released by Sarkar and Juggernaut Chief Executive Officer Simran Khara today said, “At our core we believe that books, authors and ideas must be defended against attempts to silence, censor, ban and injunct. It can be intimidating to face multi-million-dollar lawsuits but in this instance at least the courts have really come through for us and we are overjoyed by the judgment”.

The suit was rejected by the court of Civil Judge, Senior Division, and J.M.F.C in Ponda, Goa and was presided over by Anil Scaria. Advocates Satyajit Sarna and Rahul Kukreja represented the publisher and author at court.

The book is available for sale online and in physical retail stores.