No Result
View All Result
in Comment, Features, Speaking Up

A new assault on reservations

On Friday, February 7, a two-judge bench of the Supreme Court comprising justices L. Nageswara Rao and Hemant Gupta handed down its verdict in a case titled Mukesh Kumar and Anr vs The State of Uttarakhand.

Senior journalist Dilip C. Mandal analyses the judgement, its impact on reservations for the Scheduled Castes, Scheduled Tribes, and Other Backward Classes, and its import for constitutional values, rights, equal opportunity, and fairness or substantive justice.

What follows is a translated and lightly edited version of his presentation in Hindi which was carried by multiple media outlets: National Dastak, The Shudra, and Bahujan Planet, among others. 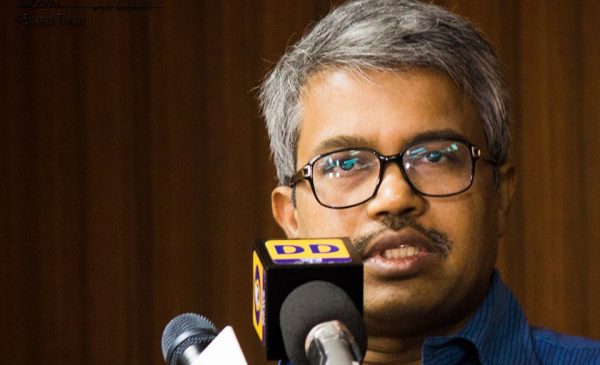 The judgement concerns reservations for the SC, ST and OBC communities and, since it comes from the Supreme Court, it will affect the entire country. In a nutshell, it states that governments at the centre and state levels have the authority to determine whether or not to implement reservations. A government may henceforth choose to reserve seats or do away with them. With this, reservations, that had been considered a right, do not remain so anymore.

The present judgement is the biggest strike yet against reservations by the Supreme Court or, indeed, by any court in the country. To set it in context, it is not uncommon to receive judgements that attack reservations: observers of the Indian judiciary are well aware of the fact. The character and composition of the Supreme Court have received detailed attention from numerous writers.

The decision of the two-judge bench is that reservations are not a fundamental right and state governments shall get to decide whether there is a need to implement them. Since this verdict comes from the Supreme Court, it can now be challenged only with a change to the law by the central government. We saw this happen earlier in the case of Dr Subhash Mahajan vs The State of Maharashtra (2018), where a two-judge Supreme Court bench — of A.K. Goel and U.U. Lalit — decided that the Scheduled Caste and Tribes (Prevention of Atrocities) Act, 1989, was being misused by complainants and the accused should henceforth be able to get bail. Further, filing charges under the POA would require the express sanction of a senior superintendent of police as well as the SSP’s boss. It took a Bharat bandh and protests on the streets by lakhs of people for the government to alter the law and set aside the judgement; today, the POA is back in force in its original form. In other words, the central government is within its rights to draft a new law that renders a Supreme Court judgement redundant.

We find ourselves in a curious situation here. The Uttarakhand government which argued against being bound to follow reservations is run by the BJP. It has fought this case with a will, engaging the services of expensive lawyers, and the court has found in its favour. It is left up to a state government to decide whether to have reservations at all, and whom to reserve seats for — SC, ST or OBC communities, not necessarily all three.

I want to take you back to the Constituent Assembly debates on reservations and the philosophical terms in which the issue was framed there. The debates are available on the Internet and you can access them on the Government of India’s websites (or here). A clear consensus to emerge from these debates was that nation building must include every section of society; all must be viewed as participants and stakeholders in this process. No section should be left out, especially not communities that have been subject to discrimination and ostracism. A range of provisions must be made to draw them into the mainstream. This is the gist that emerges from the many exchanges that took place during the CA debates. It is safe to say that the SC and ST communities have not benefitted to the extent that we might claim their participation in national life today reflects their numbers on the ground. Till now, we were clear in our minds that under articles 15(4) and 16(4) special provisions could be made for people who belong to deprived or discriminated-against sections. Indeed, Article 16(4) is categorical that the government is free to make such provisions in favour of “any backward class of citizens” which is inadequately represented. Thus, the Constitution states that reservations are warranted in the face of discrimination and inadequate representation. Article 340 says that socially and educationally backward classes are also legitimate candidates for reservations.

Meanwhile, the central government has made nonsense of the moral foundations of our constitutional principles by enacting a law that creates reservations for savarna communities. This has been done on the basis of economic standing alone. [Ed. The bill guaranteeing 10 per cent reservations for the “general category” was tabled in the Lok Sabha on January 8, 2019, just before the national elections. With presidential assent, the Constitution (124th Amendment) Bill became law a week later — the Constitution (103rd Amendment) Act.] All this happened without a national debate on the subject. The idea was to unite savarna opinion and use it to shape opinions among the larger public, since the savarnas have a dominant position in opinion-making. The Supreme Court’s recent judgement is another blow against the purpose of reservations. The two moves can be viewed in tandem, as a shift in the same direction, and some 85 per cent of the country’s population stands to be affected.

We don’t know how this judgement will play out with political parties. They may be reluctant to alienate the “upper” castes, as that means offending the judiciary and media and a large section of the bureaucracy: all the leading opinion makers. The responsibility then falls on society which has bravely defended the POA in the past and prevented its dilution.

Don’t take the matter of reservations lightly. This may be the biggest social and economic revolution in global history. It has prepared a middle class of roughly five crore people, which could not otherwise have come into being. If many lakhs of SC-ST-OBC people are today in educational institutions and formal sector jobs, and are even able to send their children abroad to study, work and earn a living, it is a testament to the power of reservations in delivering change. These people are the children of the Constitution and its system of reservations — the vision of Ambedkar, and of Sahu Maharaj and Jotiba Phule. If we can’t save this today, we will have to answer to the next generation and explain what we were doing when reservations came under attack. But the issue is also about more than safeguarding jobs or a lakh or two seats in educational institutions. The question is of defending the Constitution, especially articles 15(4) and 16(4). It needs to be taken up seriously, discussed on social media and in seminars. Letters should be sent to elected representatives and to the president. We need to explain the importance of reservations to them, and ask why these were placed in the chapter of fundamental rights unless they were of fundamental importance. They were placed with fundamental rights because they are part and parcel of these rights, inseparable from them. And if this is so, it is not up to the judiciary to sideline them.

The collegium system has yielded a judiciary that continually puts out such judgements. Such was the observation of a parliamentary committee. The Karia Munda Committee’s report [submitted on March 15, 2000] also remarked on the absence of judges from the SC, ST and OBC communities in the higher judiciary. In 2018, after the court decided to dilute the POA, senior advocate Indira Jaising had tweeted that the judiciary is casteist and has regularly given such judgements. No contempt of court notice was served on her. Clearly the court was anxious for the issue not to be raised or debated. They knew the character of the judiciary has a question-mark against it.

So, the question is: Do we leave reservations to the discretion of the government? What if successive governments undo and reverse each other’s reservation policies? Should it be an arbitrary process? Do we leave the matter at that?

If the government wants it can easily override the Supreme Court judgement by calling a single day’s special session of parliament. But will the same BJP government that fought reservations at the state level fight to restore them with a new definition of the law? The question concerns the character of the legislature and the judiciary, and also the philosophical implications of distributive justice. Should excluded sections of Indian society be provided access to opportunity? On what terms? Do they have a prior claim on grounds of fairness, of justice? This question also concerns the character of the nation-building process: what does it mean if it seeks to exclude and undermine the rights of the SC-ST-OBC communities? Can it be called nation building at all? What kind of nation building involves privileging the small numbers of the already privileged? People may shout “Bharat Mata ki jai” at the top of their voices but what are their intentions concerning the well-being of India’s people? Without them, it becomes a hollow slogan. The nation cannot be a map and a flag alone, but its people. What you get without them is a plutocracy, where the better-off lord it over everyone else.