No Result
View All Result
in Sangama 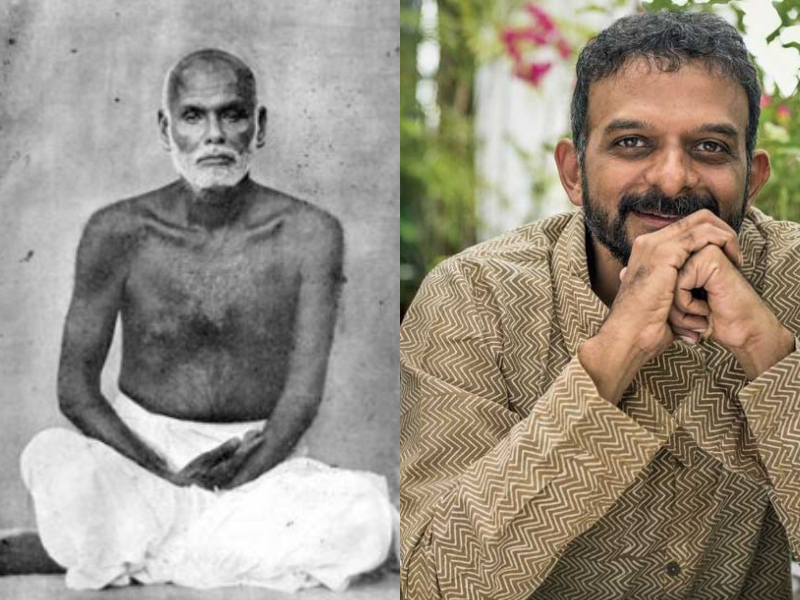 Narayana Guru (1856-1928), poet-saint and social reformer, who created whirlwinds in 19th-20th century Kerala with his takes on caste, religion and equality, has made an elegant entry into the world of Karnatik music, a space still largely plagued by patriarchy and brahmanical hegemony. Throughout his tumultuous and illustrious life, Guru made numerous compositions in Malayalam, Tamil as well as Sanskrit. Some of his prominent verses have now been set in tune to the technicalities of Karnatik classical world by singer T M Krishna, who performed them at a concert titled “Rooh-e-nool” at Mumbai’s Tata Theatre NCPA on November 1.

Though not the first “saint” to enter the classical arts in the country, it’s for the first time that Narayana Guru’s verses have taken this form. Poet-saints like Andal, Jayadeva and Gopalakrishna Bharati entered this world much before Guru through stalwarts like Ariyakudi Ramanuja Iyengar, D K Pattammal, Balamuralikrishna and others.

“Karnatik music, Indian art, and culture have been enriched with his [Guru’s] voice,” said T M Krishna about the addition of Guru’s compositions to the growing repertoire of this musical form. A product of multiple conversations at Kochi’s Backwaters Collective, a group of artists and intellectuals like Anish Damodaran, of which Krishna too is part, the event was organised by the Sree Narayana Mandira Samiti in Mumbai, in association with Nool Archives, Backwaters Collective and the Uru Art Harbour.

Narayana Guru spearheaded one of the most popular anti-caste movements of 19th–20th century Kerala and is considered one of the builders of modern Kerala and leaders of its renaissance. Born to ezhava parents in the erstwhile princely state of Travancore, Guru’s fight was against brahmanical hegemony that existed in one of it’s most oppressive forms in the region at the time. His resistance was both spiritual and political in nature and is still remembered for having upturned local ‘upper’ caste control over right to pray or religion in the region, particularly southern Kerala. Way back in 1888 in southern Travancore’s Aruvippuram, Guru consecrated an idol he believed to be of Shiva’s, at a time when “lower” castes weren’t allowed to. When questioned, he replied that it was not an ezhava Shiva, not a brahmin Shiva, thereby posing a powerful resistance to brahmnicial hegemony. Guru was also influential in carrying out the Vaikom Satyagraha of 1924-25 against the norm that disallowed ezhavas and other “lower” castes from using the road leading up to the temple by local Namboothiris. His disciples, poet Kumaran Asan, atheist Sahodaran Ayyappan, and Dr Palpu, are still revered renaissance figures of the land.

T M Krishna too is known for his piercing questions to the southern Indian classical art world, still largely within the firm hold of brahmin hegemony. An artist based in Chennai, Krishna grew in popularity in Kerala, particularly after his boycott of the Madras Music Season of 2015, in protest against its commercialisation and general exclusionary character. The Madras Music Season is an annual Karnatik music festival held in Chennai in December or the “Margazhi” month of the Tamil calendar, giving it its other name, the Margazhi Music Season. Much to the dislike of traditionalists, the singer has raised questions about the concert structure and the ingrained patriarchal and brahmanical hegemony in the world of Karnatik music, mostly sabha-centric and accessible only to some sections of the society. Krishna conducts an independent annual music festival in a slum in Chennai, called the Urur Olcott Kuppam Vizha, where Karnatik music shares the stage with several local folk art forms.

Its as part of his unconventional questions and efforts at altering the general structure of the Karnatik kutcheri — a heavily Sanskritised space — that he has taken Narayana Guru to it. Before Guru, it was radical poet Perumal Murugan, whose political, particularly anti-caste poetry, was set to tune and taken to Karnatik stages across the world by Krishna.

Mukulika R is part of the Editorial Collective at the Indian Writers' Forum.

Through Her Eyes: Cultures of Peace

Diversity in the Indian Classical Arts