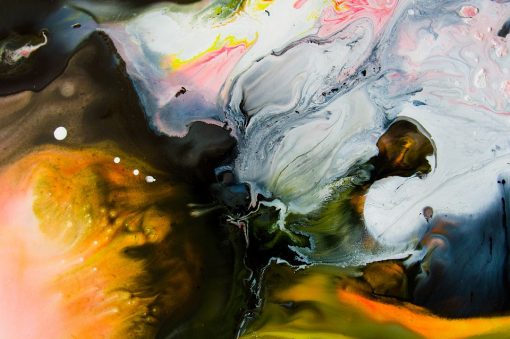 As a fiction writer and as a journalist I have always been intrigued by how our perception often has shortcomings. One tends to see what one believes. Our upbringing and cultural notions put blinkers over our eyes, blinding us to the sensibilities of fellow human beings. We fail to see that centres of power whether they are the State, fundamentalists groups or within our own communities tend to silence the disenfranchised. Dissenting voices are rarely heard. The personal becomes political. This kind of dichotomy is almost schizophrenic: this is what a writer tries to explore and understand.

But there are moments when the layers part to reveal what is unseen or hidden away. It is a revelation at once of joy and pain.

Very unassuming women have thrown me off guard by a sudden extraordinary spark they have secretly revealed to me: a mere gesture, a song or simply their silence. My mind is full of those images reminding me that they hold a secret, a burden, an insight, unknown to the other half of humanity that remain incurious. It signifies a cultural asymmetry that goes unnoticed.

My memory goes back to a programme that I saw several years ago in New Delhi. The performer was just a slip of a girl— a 12-year-old from a remote village in central India. I remember her slight frame draped in a plain cotton sari, a silver belt around her tiny waist and rather huge anklets that jingled “jhal jhal”, as she walked up and down the stage with a regal air. She was narrating an episode from the Mahabharata in a quaint Hindi dialect, unconscious of the elite Delhi audience. The episode was the humiliation of Draupathi. By any stretch of imagination, the intensity of the scene should have been beyond the grasp of the little girl. She held a sword in her hand like a warrior and raised or lowered her voice depending on the character she portrayed. She was at once the haughty Duryodhana, the hapless Pandavas or the crude Dushasana dragging Draupathi by her hair. The audience sat in grave silence, utterly mortified, waiting for the worst. Draupathi entered, shocked more than anything else, and looked at her husbands who seemed dead. As the girl walked on, you saw it was not mere shock that was on Draupathi’s face. It was utter contempt—you cowards, you despicable wretches, it said. There was a kind of haughtiness on that young face that no texts of the epic describe. There were none of the tears that the Mahabharata Tv series associated Draupathi with. “Pull my sari, you fool” she screamed. “You cannot humiliate me”. The little girl seemed possessed. It was her vision, not of Vyasa’s who wrote the epic. I was stunned. I could see that the women in the audience felt empowered by watching her.

Rarely do we realise that we are in the midst of the extraordinary. I have come across a number of ordinary, illiterate women devising their own methods to express their dissent. They weave their own songs of joy and sorrow. Their words spring from some unknown reserve of boundless energy: burning pits deep within which sparks a rare insight, yearning to touch other souls.

I have heard them in the fields singing songs, teasing each other or sharing their common woes: tales of betrayal and anger under the scorching sun. I’ve heard their oppaarees— the songs for the dead. There are many layers and complex textures. Words that have crept in without conscious effort. They do not know that these words could be described as serious feminist expressions. I once met a woman who performed an oppaaree for me, in a paddy field, near Salem. I was there to do some spadework for a novel. The song that she sang was supposed to be the dirge for her dead husband. The dramatic irony though, was that she wasn’t mourning his death. She was actually cursing her stupidity for waiting all her married life for a cad. The dirge describes how she waited for his dead body to be brought back from a prostitute’s house.

For women, speaking and singing are spontaneous acts. If they cannot speak they devise other ways to express their minds. They may paint, for instance. There is a tiny village in the south, hidden behind the lush green woods of the Western Ghats, where men dance in rhythmic circles to the sound of drums. Their dance is divine to watch. Hidden within the walls of their huts, women live under extreme patriarchal rigidity, completely cut off from the outside world. They are not allowed to go beyond the village boundary. Oh, not just that, there was an ancient tradition followed by the community that no one questioned. When the husband was out of town for work, the wife had to sleep with his brothers by turns, no matter how many they were. I was appalled. Could it be true? I thought there should have been some sign of resentment or protest, but I could get no information on that. I was piqued to see that they showed no interest while their men danced with such grace and sophistication. I had the occasion to have a peep into their exclusive kitchen where no male is allowed. I was stunned by what I saw. There were exquisite paintings on the walls of the kitchen done by those women who could barely open their mouths outside those walls. Paintings depicted figures of women standing erect and tall, stretching their arms towards the sky. As if they yearned to fly and reach the moon itself.