A gifted Poet and a great woman — Nabaneeta Sen 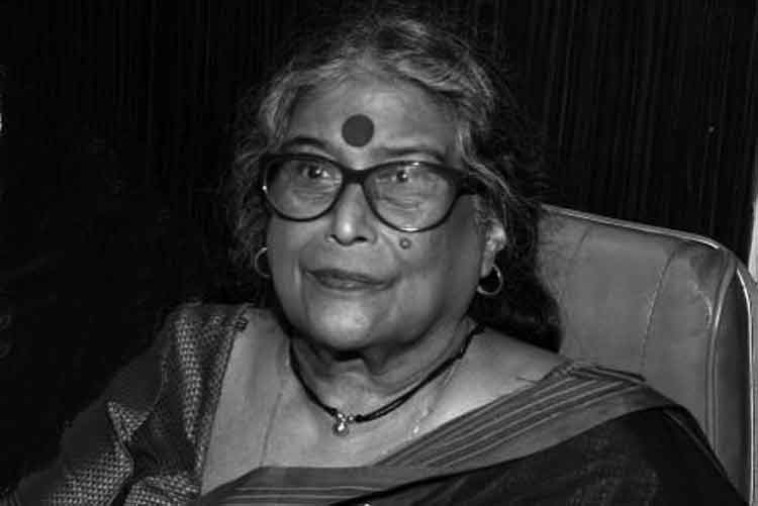 Nabaneeta Deb Sen burst upon us at the Oxford University in the summer of 1959. I was staying in a boarding house on Canterbury road and Ratna (then Yashodhara Sengupta) was also staying there. Amartya had gone to the coast to receive Nabaneeta as she was coming on a boat from India. They were in love. It was summer time, or maybe the spring vacation, I cannot clearly remember but it was vacation time, and there was a wonderful festival going on with people walking on Woodstock road with flowers and laughter.

We swung into the festival with Nabaneeta leading the way, in gay abandon, hair loose and streaming down her back, laughing. My younger sister Lakshmi was with me. She was visiting and she joined in the spirit of the evening.

It was a moment that I will never forget. We stuck flowers in our hair and felt completely frivolous and free.

The bonding that started in Oxford went even deeper as we got married and had children and met each other during our stay at Delhi University. Our friendship was such that when it was Nabaneeta’s first daughter Antara’s first birthday, I did alpana along the edges of the hall in which they were going to have her rituals.

The Sen’s lived next to the KN Raj’s and there was a kind of an extended family experience. Delhi’s dry weather gave Nabaneeta unbearable asthma attacks and she had to move to Calcutta during those months.

Nabaneeta’s tribute to the eminent Poet A K Ramanujam, reveals a personality that often did not get visibility — her literary wealth. In my view her scholarship emerged with greater power and visibility after she divorced Amartya. She wrote some wonderful ideas about women’s strength, feminism. I will never forget the lecture she gave at the SNDT University titled “Ladies Sing the Blues: Women Retelling the Rama Tale”.

I feel compensated seeing her photos on Whatsapp with visitors, friends, and the last with Abhijit Banerjee. She spoke to me a few months ago saying that she’ll be coming back to Delhi in December and that I could meet her at that time. Her daughters Pico (Antara Deb Sen) and Toompa (Nandana Deb Sen) gave her great support, and then their daughters were an additional gift. It was just beautiful to see the little children on her lap and her big smile. I will miss her and all of us will miss her brilliant poetry.