Sedition and FIRs charged against celebrities who wrote against mob lynching 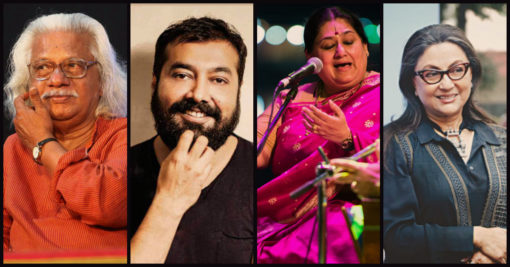 On Thursday, October 3, sedition charges were slapped and FIRs filed against 49 filmmakers, artists and intellectuals who were signatories to an open letter written to Prime Minister Narendra Modi in July. Through the letter, the signatories, which includes the likes of Adoor Gopalakrishnan, Shyam Benegal, Shubha Mudgal, Ramachandra Guha and Aparna Sen, intended to draw the attention of the PM to the growing number of mob lynchings and incidents of caste and religion-based discrimination in the country.

A court in Muzzaffarpur, Bihar, ordered filing of the FIR, following the Chief Judicial Magistrate (CJI) Surya Kant Tiwari’s acceptance of a petition filed two months ago by local lawyer Sudhir Kumar Ojha. In his petition, Ojha accused all the signatories for having “tarnished the image of the country and undermining the impressive performance of the prime minister” along with “supporting secessionist tendencies”.

The letter spoke in detail against the alarming rise in attacks on dalits and minorities in the country after the BJP government came to power. One of the many factors that caused much chagrin to the BJP was how the letter stressed that the supposedly sacred chant of “Jai Sri Ram” was now a “provocative war-cry” of cow-vigilantes in contemporary India. It also emphasised that there was no democracy without dissent.“Criticising the ruling party does not imply criticising the nation. An open environment where dissent is not crushed only makes for a stronger nation,” the letter had stated.

Responding to the incident, Adoor Gopalakrishnan said that the letter was sent with the belief that India was still a democratic nation. “A government should ideally take it in good spirit and take necessary steps to resolve the issues mentioned. Instead, we have a case filed against us. The court’s acceptance is even more appalling. We seem to be living in dangerous times. After their attempts to send me to the Moon, next must be Bihar Jail, since this has come from Bihar”, Adoor said.

The acclaimed filmmaker had faced insults and threats from local BJP leaders in Kerala immediately after the letter was made public in July, with one of them demanding Gopalakrishnan to move to the Moon if living in India was unbearable to him. “Godse worshippers are made MPs in this country. They aren’t “anti-nationals”, we are. No court seems to be questioning them. I can’t understand what’s happening here…”

Also read | “BJP is sending me to the moon, because Pakistan must be filled up now”: Adoor Gopalakrishnan

Aparna Sen and Shyam Benegal have also responded saying they were simply “baffled” about the CJI’s decision. Sen called it harassment and stressed that there was nothing seditious about the letter. She also added that the country’s democratic spaces were all being slowly taken away from its citizens.

The sections under which the FIR has been registered include those related to sedition, public nuisance, and hurting religious sentiments among others.

Open letter to the Prime Minister on the PM-Cares fund