Can SC strike down the presidential order on Kashmir?

In the aftermath of the Narendra Modi government’s sudden decision to seek the repeal of Article 370 and bifurcate Jammu and Kashmir, Newsclick and the Indian Cultural Forum interviewed Justice (Retd) K Chandru via email on the implications of the move. Justice Chandru, a former judge of the Madras High Court, is the author of a number of landmark judgements, and is an ardent advocate of progressive causes. He is also a prolific writer and commentator on legal and social issues. 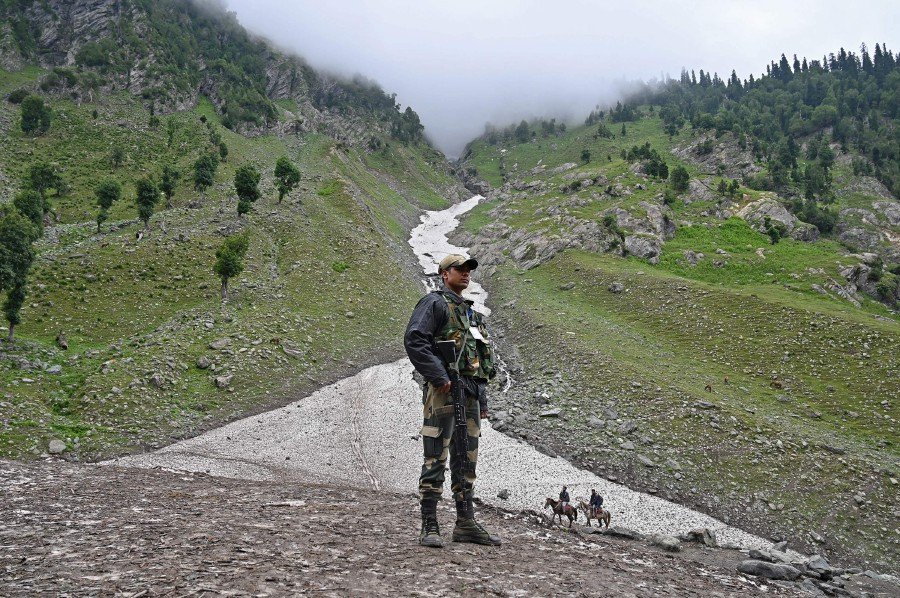 Is there any legal standing for the way large sections of Article 370 are being repealed? Can it be struck down by the courts? Could you talk a bit about the history of Article 370?

When the Constitution was drafted there was much debate on the insertion of Article 370 into it.  The Congress party was at the helm of affairs and though there were some differences on according special status to Jammu and Kashmir, the party overcame the difficulty mainly on two counts. First was the lurking danger from the Pakistani infiltrators and the possible UN intervention. These differences were overcome by Jawaharlal Nehru. Though there was small opposition from the Hindu Mahasabha, the RSS was nowhere in the picture as they were operating on a semi-legal position in the aftermath of the assassination of Mahatma Gandhi.

Without the grant of special status, the problem of Kashmiri people could not have been solved because the instrument of accession was only signed by Maharaja Hari Singh, who did not represent the will of the people. Therefore, to make the majority of the populace participate in the democratic polity and accept Indian Suzerainty, the insertion was necessary. Though later, by successive conduct of dismissing the local government, the Congress was able to manipulate and get consent for extending laws made by the Indian Parliament. The Congress did not want to recognise any genuine autonomy for the state and was heavily interfering with the political formation of government in that state.

Article 370 cannot be said to be a temporary provision because under sub-clause (3), the recommendation of the constituent assembly of Kashmir is necessary for the President to issue a notification. There is no constituent assembly as of now and it cannot be substituted by the local assembly or the governor of the state. In that view of the matter, it is not a transitory provision but a permanent feature of the Indian Constitution. Therefore, there is scope for the Supreme Court to strike down the present Presidential Order issued under Article 370(1) of the Constitution of India.

India has always spurned outside initiative in the matter of resolving the Kashmir problem and had opposed any UN initiated solution. Therefore, it is essential that the façade of autonomy granted to them is continued. On the other hand, in the name of controlling insurgency on the disputed territory, massive Indian Armed Forces are stationed in the Valley. The ratio of local police with the Indian Army is something like 1:10.

It suits the Indian government to spend huge amounts year after year in the name of safeguarding Kashmir and also in a way gives them a solution to contain local unrest in other parts of India and the continuation of various emergency laws in the name of national emergency is also possible. The two-time war with Pakistan and one-time liberation of East Pakistan were all used for consolidating the central ruling party i.e. the Congress and to crush the Opposition with black laws. When the intention of the constituent assembly is to give a separate status to that state and accord genuine autonomy with minimum role to the Union of India, in practice, Kashmir enjoys unique status of military rule by India with lot of subsidies given by the taxpayers.

The BJP and RSS (Rashtriya Swayamsevak Sangh) have for decades raised the argument that Article 370, and specifically Article 35(A), mean that Kashmiris are governed by a different set of laws than the rest of India. How would you respond to this argument?

It was only a bogey that the RSS and BJP were orchestrating about special status helping separatist forces. On the other side, even though there is one Constitution for the whole of India, there are unique provisions in respect of several regions, taking note of their history and culture. There are scheduled areas where tribal laws are made applicable. Even today in some of the North Eastern states, the Criminal Procedure Code has no application. The separation of judiciary and executive is not complete. In fact, the District Magistrates (Commissioner) are virtually running the administration with the help of the Indian Armed Forces. Therefore, the façade of democracy itself is applicable only to certain territories of India, thereby leaving the other portions virtually ruled by the Armed Forces with the help of the Armed Forces Special Powers Act.

The mere fact that outsiders cannot buy land and women cannot inherit the land from their parents does not mean anything. India is known for operating several benamis. Even Article 35A is under challenge before the Supreme Court and it is likely that it may be interfered with also. But the present bogey of making Kashmir an integral part of India is not genuine.

If the decision of the central government was democratic and came within the parliamentary domain, then they need not have sent extra contingents of Army into Kashmir, issued advisories for tourists to get out, closed the worship of Amarnath Shrine, and arrested all the major political leaders. This is certainly not a surgical strike (like the so-called one after Pulwama), but an abortion of a cesarean type, where the democracy has been killed in its embryonic form.

What kind of impact will the decision to bifurcate J&K have on the rights of the people of region?

The bifurcation of the state has really made the rulers a laughing stock. Even in the early 1920s, the Montagu–Chelmsford Reforms and the enactment of the Govt of India Act, 1919, gave the locals some kind of responsibility in government. This is the first time after 70 years of the Indian Constitution that we will have a Union territory without an Assembly. The Bill does not give any reasons as to why the Leh area has been deprived of any representation for its locals.

It is for the first time that only by this action we will have a unitary type of government for one region in India where the all-powerful governor will dance to the tunes of the Home Minister. Likewise, there was no reason given for converting a full-fledged Assembly into a Union territory and that too Puducherry type. As it is, we are seeing a confrontation between Lt. Governor Kiran Bedi (former police officer) and the elected Congress Chief Minister in Puducherry. Though in the first instance, Bedi lost her battle before the Madras High Court, the matter is still pending. It was also shocking to note that Arvind Kejriwal (Aam Aadmi Party leader and Delhi Chief Minister), with his own battle with the claim of supremacy to the Delhi legislature, did not lose any time to support this balkanisation of Kashmir. It is certain that Leh minus the legislature experiment, will be struck down by the courts.

The Right-wing also sees this move as part of a demographic project. With the repealing of Article 35(A), what sort of changes do you foresee?

For BJP and other Right-wing groups, Kashmir is a crucible where they can perform different experiments. In that respect, they did not lag behind the Congress, which is the main culprit for the ill-formed Kashmir policy. May be Article 35A may not stand the scrutiny of courts, but there is nothing wrong in the Constitution providing for special powers to a particular state, taking note of its history and geography.

How will this step by the government affect the federal structure of India?

There is no federal structure in the Indian Constitution, especially when under Article 246 there is a third list i.e the Concurrent list under which Parliament can also make laws. Further, the residuary power to make laws vest with Parliament and slowly over the last seven decades, the Constitution saw the operation of centrifugal forces by which the central government has assumed all powers to itself. The latest example is that state governments have become post offices in the matter of running even elementary education.

With this new venture, the central government has once again proved that we have reached a unitary form of government where, with the backing of the Armed Forces, the central ruling party has omnipotent presence all over. Constitutional morality has been given a go-by and in the name of majoritarianism, they (the ruling dispensation) will be riding roughshod over the minorities, whether linguistic or religious.