Write Down ‘I am a Miyah’: An FIR against poetry? 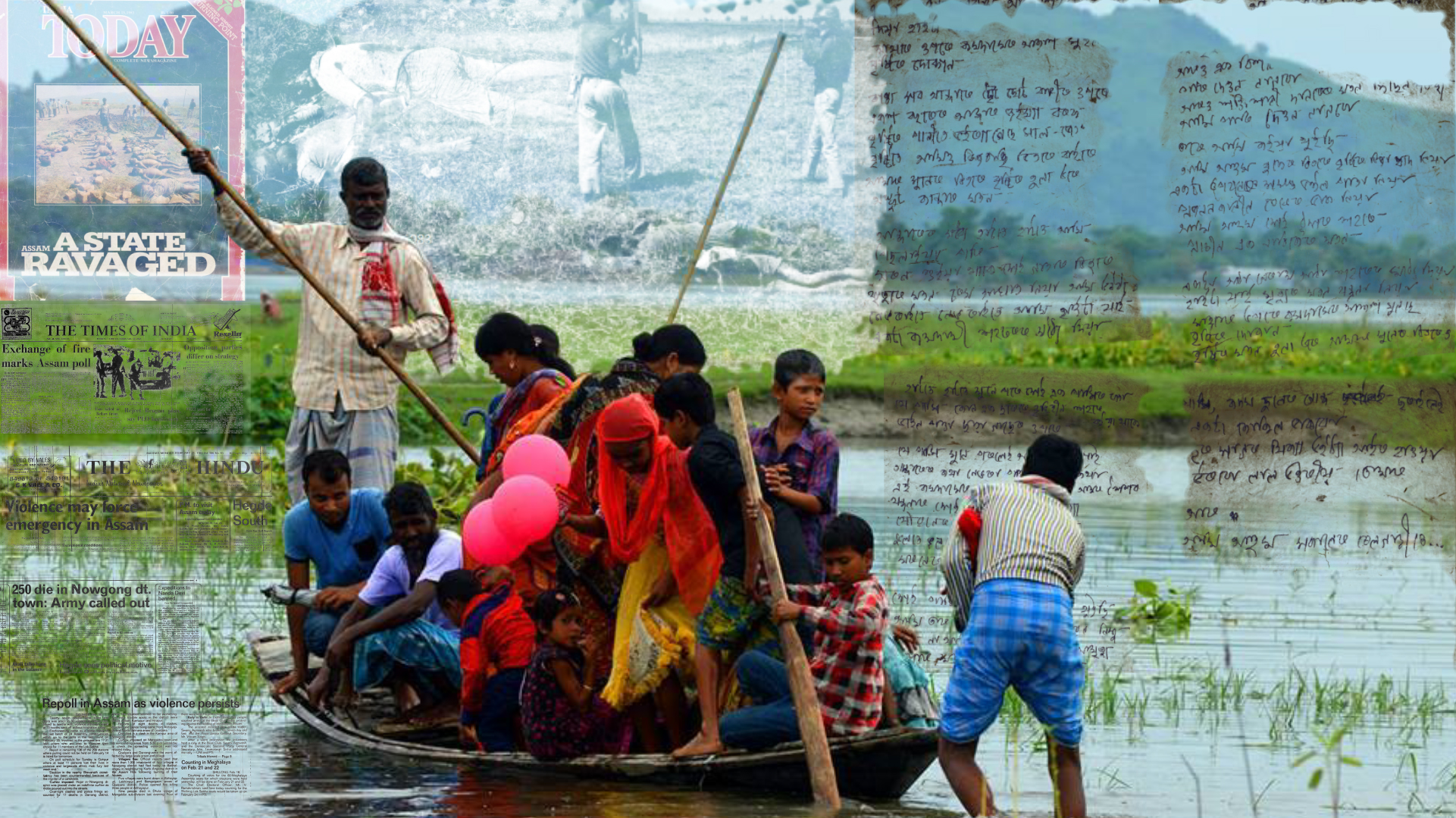 The Assam Police has filed an FIR in response to a complaint about a poem that describes the problems faced by Bengali Muslims regarding citizenship. The complaint alleges that the poet intends to depict the Assamese as xenophobic, and threatens the Assamese people as well as “national security and harmonious social atmosphere”. “The real intention of this poem,” said complainant, “is to motivate and provoke their community against the system.”

The community being referred to is the Bengali Muslim community; and the FIR comes in the run up to July 31st, when the final list of the updated National Register of Citizens will be published.

The poem, which led to the complaint and FIR, is part of a movement called Miyah poetry. Miyah Poetry appeared in the public realm in 2017 when poet and social activist Hafiz Ahmed posted the poem “Write Down ‘I am a Miyah’” on his Facebook page. The poem, which keeps Mahmoud Darwish’s Identity Card in mind, was a means, said Ahmed, to insist on the dignity of Bengali Muslims in Assam. The poem went viral. Shalim M Hussain wrote a response the same day, and then in one of the Char-Chapori dialects the next day. A poem by Shahjahan Ali followed a couple of days later. What began as one poem and a response turned into a series of poems by fifteen poets from all over Assam.

Write Down ‘I am a Miyah’
Hafiz Ahmed

Write
Write Down
I am a Miya
My serial number in the NRC is 200543
I have two children
Another is coming
Next summer.
Will you hate him
As you hate me?

write
I am a Miya
I turn waste, marshy lands
To green paddy fields
To feed you.
I carry bricks
To build your buildings
Drive your car
For your comfort
Clean your drain
To keep you healthy.
I have always been
In your service
And yet
you are dissatisfied!
Write down
I am a Miya,
A citizen of a democratic, secular, Republic
Without any rights
My mother a D voter,
Though her parents are Indian.

If you wish kill me, drive me from my village,
Snatch my green fields
hire bulldozers
To roll over me.
Your bullets
Can shatter my breast
for no crime.

Write
I am a Miya
Of the Brahamaputra
Your torture
Has burnt my body black
Reddened my eyes with fire.
Beware!
I have nothing but anger in stock.
Keep away!
Or
Turn to Ashes.

In an interview, Hafiz Ahmed says that though Miyah means a babu or a gentleman, the word has become a derogatory reference to Muslims who come to Assam from Bengal. Miyas, he says, are not only looked down upon; their citizenship is also constantly questioned. Of Miyah poetry, Ahmed says: “This is a movement about asserting our rights through poetry. The writers in this movement write about the 10 lakh people who became homeless due to land erosion, who are constantly harassed over citizenship, who are hated and humiliated by religious fundamentalists and ultra-nationalists.”

*The translation of the poem was first published on the Sunflower Collective Blogspot, September 12, 2016.