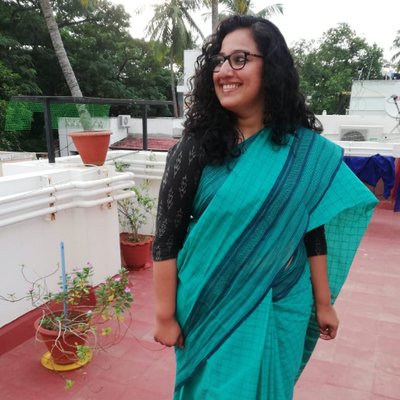 India in its vast geographical expanse has cradled many cultures. Through flowing rivers and soaring mountains, languages to lifestyles, our diversity has grown and flourished. No two people are the same and no two cultures are identical. Within this multiplicity thrived the greatest of camaraderie. A kind of kinship that allowed for people with apparent differences to not just coexist but, live in absolute acceptance of one another, laying the foundation for a secular, socialist, democratic India.

Since 2014 India’s Constitutional foundation has slowly and systematically been attacked. Taking it down one brick at a time, the right-wing establishment has festered prejudice and disseminated hate. Their unabashed crusade to homogenise India into a monocultural and mono-religious country that shrinks in space and intellect is causing us to lose our inherent forbearance to pluralism.

Abusing the powers vested in them by those they represent, the ruling class is constantly working towards infiltrating every democratic public institution, manipulating their functions to suit their divisive agenda. Pandering to every need of their corporate masters, this establishment has caused deep depletion in moral, financial and ecological resources of India.

Tamil Nadu with its rich history of peoples’ movements for social justice has had no room for such non-secular forces. Four decades of Dravidian politics, despite its ideological dilution and corruption, gave the state a clear economic and social trajectory. Today, reeling from an abrupt end of a political generation, Tamil Nadu and its people are in a state of turmoil. The State, in the hands of the current leadership, has not only suffered immense governance setbacks but, is now being forced to succumb to divisive forces as a price for the complete incompetence of the ruling party.

The 2019 General Elections is most crucial as it sees the union of all divisive entities. The alliances formed in various states by the ruling party in the centre is a coalition of intolerance and hate. From parties with established mono-religious views to those with blatant caste divisive agenda, the track record is one of violence and bloodshed.

There should be no doubt in our minds that this is not what India is made of. It is in our fabric to be accepting of differences. We are a collective of diverse people who are bound by our unflinching belief in democracy. Our allegiance is to our Constitution that upholds the right of every person to practice any religion, eat any food, speak any language and live with dignity no matter their cultural identity. In the upcoming election, our votes will be our endorsement of diversity. It should boot out those who try to divide us with lies and fake promises and bring back to India and all her citizens the assurance of justice, liberty, equality and fraternity.

Note: This is a part in a series of articles from writers who are deeply uneasy about the future of the country. They are each an appeal to citizens – discussing what in their view, is at stake as the General Elections draw nearer.

Radhika Ganesh is a cultural-political activist. She is a founding member of Ek Potlee Ret Ki (Kaani Nilam in Tamil Nadu) and the Convener of Young People for Politics.