More than 150 scientists appeal to citizens to vote wisely 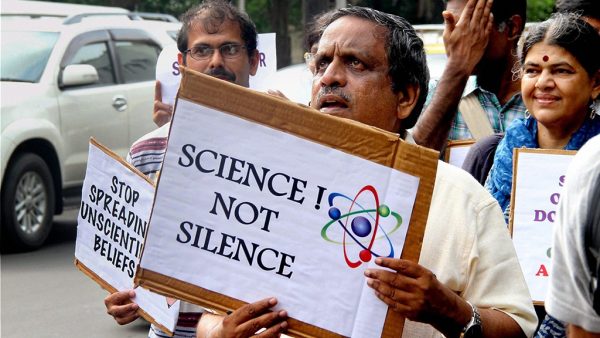 The upcoming election is a crucial one. It asks for a re-affirmation of the most fundamental guarantees our Constitution gives us: equal rights to faith or lack thereof; culture; language; association; personal liberty and freedom of expression. These rights, even as they accrue to each of us individually, can only exist if they accrue to all Indian citizens — without partiality or discrimination.

To defend these rights, we must reject those who lynch or assault people, those who discriminate against people because of religion, caste, gender, language or region. Again, we must reject those who encourage such practices. We cannot endorse a politics that divides us, creates fears, and marginalises a large fraction of our society — women, dalits, adivasis, religious minorities, the persons with disabilities or the poor. Diversity is our democracy’s greatest strength; discrimination and non-inclusivity strike at its very foundation.

An atmosphere in which scientists, activists and rationalists are hounded, harassed, intimidated, censored, jailed, or worse, murdered, is not the future our country deserves. It is not the future we want to give our youth. We want them to awaken to a country that sees science as a means of democratic empowerment through sceptical, open-minded questioning, rather than just a commercial enterprise. We must put an end to the denigration of rational, evidence-based public discourse; only then can we create better resources and opportunities for jobs, education and research.

“Where the mind is without fear and the head is held high
Where knowledge is free
Where the world has not been broken up into fragments
by narrow domestic walls
Where words come out from the depth of truth
Where tireless striving stretches its arms towards perfection
Where the clear stream of reason has not lost its way
Into the dreary desert sand of dead habit
Where the mind is led forward by thee
Into ever-widening thought and action
Into that heaven of freedom, my Father, let my country awake.”

Read the appeal in Hindi here.