“We are all Palestine”: 200 individuals and organisations from the Global South stand in solidarity

The egregious violence of Israel, especially in the last year, has shown the importance of the demand of Military Embargo on Israel, one of the key demands of the Palestinian-led Boycott, Divestment and Sanctions movement. This demand has been reiterated by the international community and is crucial in ending Israel’s flagrant violations of international law, of Palestinian human rights and in holding it accountable for its criminal actions.

Movements in Global South are coming together in raising this demand, to build solidarity for Palestine and to also oppose Israel-supported militarism in their local contexts. India alone buys 50% of Israel’s weapons exports, which are then deployed to crush political struggles. 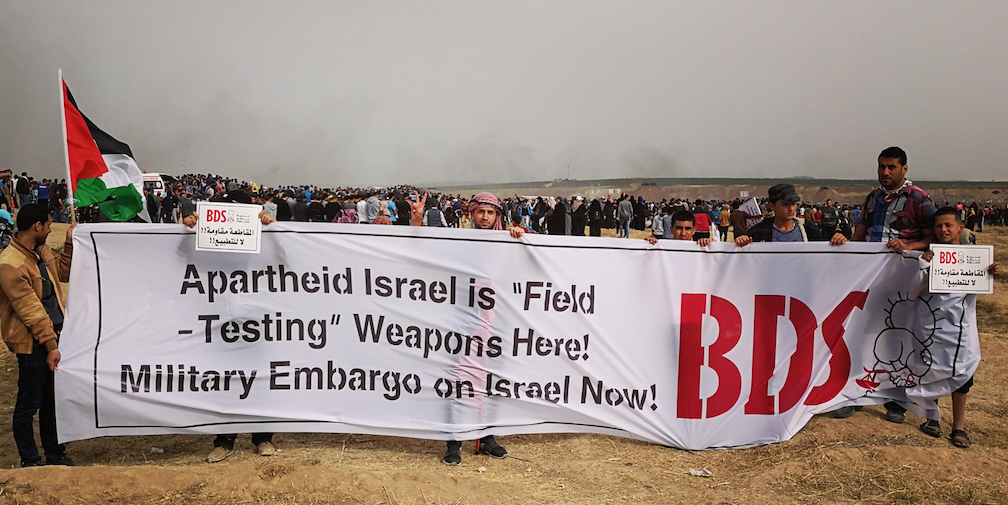 We, Latin American, African and Asian organizations in solidarity with Palestine raise our voices once again in the face of the repeated aggressions committed against Palestinian people of Gaza. On the night of 25th March, there have been new attacks by the Israeli occupation forces in the Gaza Strip with brutal bombings over infrastructure and civilians. The already devastated area of Shiyaia has been hit, among other areas, by the infamous Israeli war machine.

With deep concern about the possibility of a new massacre against the defenseless population of the strip, we denounce these genocidal and criminal acts carried out systematically by Israel. For Israel, these attacks are an electoral tool and a daily act of aggression, with the obvious purpose of oppressing and depriving Palestinians of the most basic human rights.

We insist on those who represent us in our regions, to demand from Israel an immediate cessation of the full-fledged military assault on Gaza, ending the almost 12 years long siege and respect for International Law of Human Rights and Geneva Conventions. The UN Commission Inquiry Report on the 2018 protests in Gaza recommends individual sanctions on those identified as responsible by the commission. This is a concrete step that we should work towards implementing.

We urge societies around the world to unite in defence of the inalienable right of self-determination of the Palestinian people, which cannot be postponed any longer, and to stand in solidarity with their struggle against apartheid, occupation, ethnic cleansing and colonialism.

This solidarity must translate into effective actions. Around the world, groups are observing Israeli Apartheid Week by organizing events with the call to Stop Arming Colonialism. In the light of recent attacks on Gaza, we reiterate our demand for a complete military embargo on Israel. This call is of urgent importance to us in the Global South as military trade with Israel is furthering the militarization of our societies while directly financing Israel’s military industry. The call for a military embargo on Israel is one of the key aspects of the Palestinian call for Boycott, Divestment and Sanctions against Israel. We unequivocally endorse this call and are working together to take it forward in our respective regions.

The struggle of the peoples is one. We are all Palestine.

Read More:
13 years of the Palestinian BDS Movement
Invoking Israel-style Response in the Wake of Pulwama

Boycott, Divestment, Sanctions (BDS) is a Palestinian-led movement for freedom, justice and equality. BDS upholds the simple principle that Palestinians are entitled to the same rights as the rest of humanity.