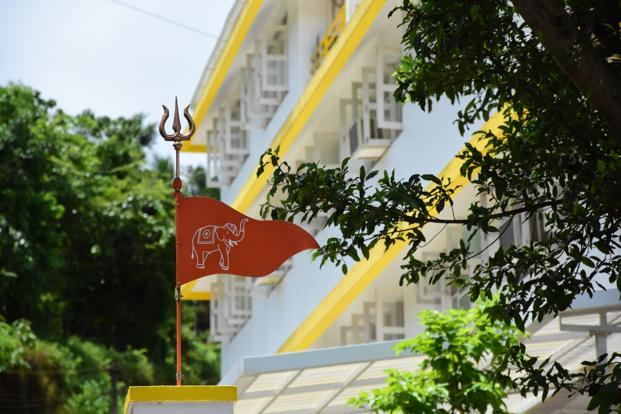 The current government at the Centre run by the Bharatiya Janata Party (BJP) hopes to form a government again after the Lok Sabha elections. Along with the worsening of poverty, unemployment, public education and health systems, the secular fabric of the Indian democracy, freedom of expression and speech have been constantly attacked and harmed by the Hindutva forces with fully assumed impunity in the last five years.

The spaces of dissent have been attacked and harmed by the Hindutva organisations like Rashtriya Swayamsevak Sangh (RSS) and student bodies like Akhil Bharatiya Vidyarthi Parishad (ABVP). However, it has to be taken into account that these organisations and their hundreds of affiliates have been systematically operating towards curbing dissent in the country since long. After 2014, their activities were just given a safeguard. Sanatan Sanstha (SS) is one such outfit which none of the governments till date have been able to take action against. Even though this Hindutva terrorist organisation has been accused in various bomb blast and murder cases in the past, the organisation still stands untouched.

In 2018, the investigations into the political murder of Gauri Lankesh, in Bengaluru by the Karnataka Special Investigation Team (SIT) has revealed that SS and its offshoots were involved not only in the case of Lankesh, but also in the cases of Narendra Dabholkar, Govind Pansare and M M Kalburgi.

As Sanghamitra Prabal writes, “The SS must be the only Hindu extremist organisation that preaches spirituality along with the stated aim of waging war against the state. It aims at establishing a Hindu rashtra or God’s Kingdom by 2025 for which elimination of all durjans (evildoers) is a precondition. The Hindu rashtra will not have any place for the Buddhist, Jain, Shaiva, Vaishnava, Muslim and Christian communities. The Sanatan Sanstha has its own constitution ready with no provision for election, no democracy, no judiciary, and an education system promoting the Hindu religion.”

The SS was named in Madgaon blast in 2009. SS was also accused and two of its supporters were given 10-year imprisonment for bomb blasts in the Gadkari Rangayatan auditorium in Thane on June 4, 2008. This was done as a protest against a play, Amhi Pachpute, which they claimed, showed Hindu Gods in a poor light. Those arrested are currently out on bail.

The entry to the headquarters of this organisation in Goa is restricted. It functions in seclusion, and there is hardly any information about their meetings, which are all private. The headquarters is the centre of all the terror activities, claimed an investigation by India Today. The investigative team of India Todayspoke to and captured Mangesh Dinkar Nikam and Haribhau Krishna Divekar, both sadhaks (members) of SS, who were acquitted by the trial court 10 years ago in relation to the bomb blast cases in Vashi and Thane, confessing on camera their direct involvement in planting the bombs. While Nikam confessed planting the explosives in Vashi to scare people who were there to watch the play, Divekar confessed to possessing the explosives.

While the investigations in the murders of Dabholkar, Pansare and Kalburgi have not yet nailed the culprits (the CBI on February 13, 2019 filed supplementary chargesheet against Sachin Andure and Sharad Kalaskar, calling the murder of Dabholkar an act of terror), the SIT investigating the murder of Gauri Lankesh, has been successful in tracking down her assassin, and his confessions have confirmed a larger conspiracy. The conspiracy and its scale began to unravel last year when a Forensic Science Lab report revealed that the same gun was used to kill Kalburgi, Pansare and Lankesh. The three murders occurred at different places, and were months apart. It cannot be a coincidence that the same murder weapon was used everywhere.

Along with the weapon used in all the four assassinations, the SIT has found solid evidence. Kshatra Dharma Sadhana is one of the many books authored by the founder of SS, Jayant Balaji Athavale. The book preaches to the sadhaks and sadhikas about the strategies and tactics to achieve Hindu Rashtra. One such strategy according to the book is to kill the ‘durjan’ (evil people). A copy of the book has been recovered from the house of one of the accused in Gauri Lankesh murder case, Sujith Kumar alias Praveen, associated with the Hindu Janajagruti Samiti (HJS), a splinter of SS. The SIT had recovered a “hit list” with names of rationalists and dissenting voices and two passbooks of bank accounts from Degvekar (arrested in the case of Lankesh): the accounts have his residential address as: Sanatan Ashram, Ramnathi, Ponda, Goa, noted the report in The Hindu. Degvekar worked as a proofreader for Sanatan Prabhat.

Even though the data shared by the Ministry of Home Affair, says that between 2014 and 2017 (the last year for which official data is available), there have been nearly 3,000 communal incidents which have taken the toll of about 400 lives and left nearly 9,000 people injured, the party president Amit Shah is in complete denial of it. Shah addressing a two-day National Minority Sammelan, organised by the BJP in New Delhi in February had said, there have been “no communal incidents” in any of the BJP-ruled states. Apart from being laughable, it shows the patronage that the Hindutva outfits have received in this country under Modi’s government. Such a statement coming from the National president of the ruling party say, that all the lynchings in the name of the cow in the country by the Hindutva activists, attacks on minorities, hate speeches by BJP’s own elected representatives are not considered to be communal violence by the ruling party.

When the party is not even ready to recognise what are recorded by its own government as “communal violence” and “hate crimes”, how can one expect them to check on the extremist groups like SS. As journalist Nikhil Waghle writes for Newsclick, “Modi and Rashtriya Swayamsevak Sangh (RSS) think of Sanatan as an ally. In 2013, a huge gathering of Hindu Janjagriti Samiti had transpired in Goa. It is an umbrella organisation for all the violent Hindutva organisations. Sanatan is one of them. Modi had sent his best wishes to the gathering, and a few BJP leaders even attended it.” This symbiotic relationship between the Hindutva outfits and the BJP has freed the Hindutva outfits from any form of control, thus the impunity.