“Time for polyphony” : Jerry Pinto on the Task of a Translator

Jerry Pinto is a writer of fiction, memoir, essays, newspaper columns, an editor of anthologies and publications, and a teacher. In the last few years, he has also emerged as a diligent bilingual translator of Marathi books into English. His translations include Sachin Kundalkar’s eponymous debut novel Cobalt Blue, Baluta by Daya Pawar and I, the Salt Doll by Vandana Mishra. He is also the author of Em and the Big Hoom, a novel that won him The Hindu Lit for Life award, the Crossword Award for Fiction and the Windham-Campbell Prize for Fiction.

Kanika Katyal of the Indian Cultural Forum interviewed Jerry Pinto on his role as a translator, his choice of texts for translating, his bilingual experience and more. 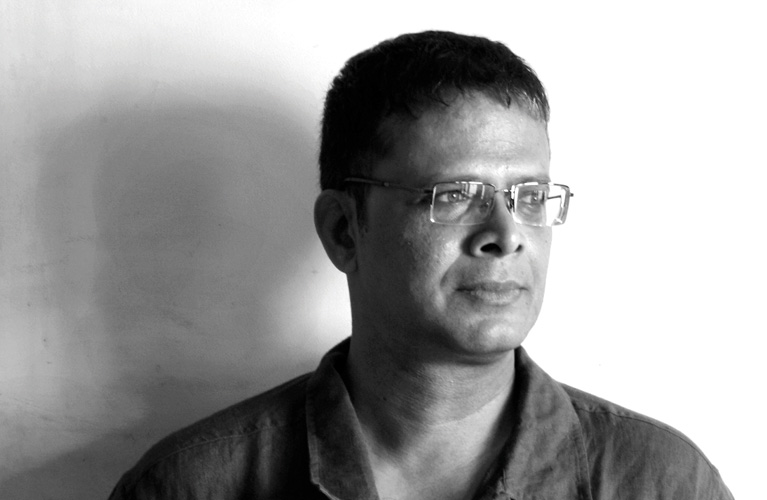 Kanika Katyal (KK): You write in English and translate from Marathi to English. How did you arrive at this particular selection? Would you consider doing it the other way – writing in Marathi and translating from English to Marathi?

Jerry Pinto (JP): It’s quite simple, actually. We seek out and do what we can do. It is what I can do.

I can write in English.

I can translate from Marathi and Hindi—the first attempt, Maine Mandu Nahin Dekha by Swadesh Deepak, will be released by my brave and supportive publisher some time next year.

If I could write in a language other than English, I should consider myself blessed. But right now, I make do with what I can do and make.

KK: Tell us about the balance between keeping the “flavor” of the Marathi original and making the text sound “natural” in English translation. Could you please elaborate on your process a bit?

JP: To begin with you have a text to which you are drawn. This is a quite extraordinary moment if you are also a writer because it is as if you have a cuckoo in your nest. It is an alien life form that demands nourishment and attention and you often wonder if this is being given at the expense of your own creative work.

Simple answer: it is. But everything else you do, the ordinary events take away from the time and attention you should be paying to your work. However, were you to withdraw from all these, your work might wither into a solipsism. And so you keep the balance between experience and invention, between attention to another set of rhythms and the ones you want. And slowly you begin to see that everything is interconnected, a rhythm in this language deepens an appreciation of that one; the particular genius of one language challenges the genius of the other. And every language has its particular genius, English as much as any other. It grieves me some time to hear people say: But you must have lost so much of the flavour and colour of the original when you took it across to English.

Of course you did.

What are we thinking when we think of languages as brackets? They are Venn diagrams, they are anarchic and branching and interconnected.

So to begin again.
You love a book for what it is.
You make it into another language.
You unmake the book.
You must now seek to make sure that what you loved has come through. This means a balancing act between what it was and how you loved it and what you are making it and how you must get other people to love it.

Because each one of us carries inside us an idea of what a novel or an autobiography or a poem or an essay is. We like to think of ourselves as innocent of preconceptions but no one is. We all bring what we have already read to what we are going to read. We also read in grooves, choosing ‘books like’, and thus inventing our own algorithms. Many elements go into the making of this algorithm, the pleasures we seek and the pleasures we find, the presentation of meaning to the self and others, and also the language in which we read. These self-generated and self-inflicted algorithms now make us unwilling to depart from what we are used to.

Along comes a translation.

What does it do to the algorithm? It jerks it off balance. Here is something that reads like an autobiography but why is it done in this way? Don’t these people know how to…oh, perhaps that is how they do it.

The translator must find a way to disturb the algorithm enough but not too much.

One day, some genius will design a meta-algorithm that will figure this out.

I live in hope.

KK: While you have translated novels such as Cobalt Blue, yet, would it be fair to say that have quite a body of translations from “texts by the historically oppressed”? Is this deliberate?

JP: I think it would be fair to say that. I believe that our ability for empathy is astonishing and it is what makes us human. We even have the science now that backs up this peculiar thing. It’s our mirror neurons. We have millions of them and they help with everything including learning and helping us understand who other people are.

Put these two scientific facts together and you can see why writing, translating, reading each other, becomes a vital survival skill. We must know the other if we are to live together. We often do not want to know about the historically oppressed because it is such a challenge to our privilege, such an interrogation of how we have built our comfort on the slavery to which we have consigned the other.

If the subaltern cannot speak, we are doomed.

But if the subaltern speaks and its voice is not heard, we are doomed too.

It is time. Time for polyphony. Time to try and amplify other voices.

KK: What is the difference between translating a text that has been around for quite a while and a recently published one? How is the experience like?

JP: Recently published texts tend to have living authors who can be asked what they meant when they said X or Y in the text. If a text has been around for a while, it is likely that its author has passed away and this means you have only secondary sources to interrogate. Or you can ask his children, if s/he has any and if they are interested and if they know.

A text that has been around for a long time tends to have a history of reception. Sometimes this history may be indicated in the multiple introductions, if these exist. Sometimes, you don’t even get that. With Mallika Amar Sheikh’s book for instance, the original Marathi had been long out of print so I worked from a photocopy one of her friends had made. There is also an expectation horizon that is set up by a book being in existence for a while and this makes the task more daunting because you are expected to fail since it is unlikely, no, it is impossible for you to take into the new language all that the book has meant in the original phonic sphere.

KK: We are grateful for your translations into English. But are we now gradually losing the focus on translations among the Indian mother tongues?

JP: Did we ever have such a focus? I feel we have not even begun to understand how vital it is to keep a language (whatever language) vibrant with new resources. The Sahitya Akademi does some work there but I can’t say I know much about the quality of the translations that happen. I wish there was some way to know and I wish also I could be assured that enough is done to make sure the books get to the right hands.

Gabbilam: Hanging like a bat, turning the literary canon upside down