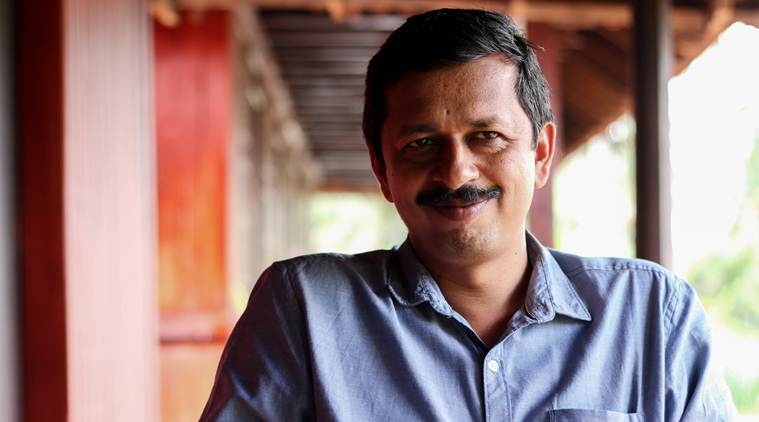 The thugs policing our cultural fraternity have struck again. In response to the violent threats against his family, Malayalam writer S Hareesh has now withdrawn his novel Meesha (Moustache) being serialised by Mathrubhumi, stating that he will publish it when “the climate is congenial”.

Meesa is the first novel written by Hareesh, winner of the Kerala Sahitya Akademi award for short fiction​. The first three chapters of this novel were published in serial form by Mathrubhumi weekly, raising great expectations among readers. Then right​-wing groups began a campaign of intimidation that has become only too familiar in recent years.

Hareesh was accused of “hurting religious sentiments” and “maligning Hindus”. He was threatened that his hand would be chopped off  ​to “teach him a lesson”. He was abused and threatened on social media, forcing him to deactivate his accounts. Members of his family were viciously trolled. Copies of the weekly were burnt, prompting the editor to tweet that literature is being mob lynched. ​

Hareesh has been attacked for a reference one of the characters in the novel makes to women’s visits to the temple. It was a character speaking, not the author; the serialisation of the novel had just begun and the characters were getting established. Such disintegrated reading would make all of literature, cinema and art vulnerable to similar dastardly attacks. Moreover, disagreement with and disapproval of a novel cannot take the form of harassment or threats. The goons who attack expressions of our multiple cultures want us to lose more than one novel.

Several writers in Kerala have already expressed their solidarity with Hareesh. As writers and readers, as citizens of a democracy, we cannot wait for “the climate” to change. It is we writers and artists who create the cultural climate and not communal politicians.​ We have to insist that we have the freedom of expression essential for a diverse society to express itself; the critical imagination required to examine the divisions in our society, past and present; and to exercise the rights guaranteed to us by the Constitution.

We cannot have a repeat of the Perumal Murugan story where the writer was hounded into declaring himself dead as a writer. We cannot have more attacks like the recent one on poet Kureeppuzha Sreekumar in Kerala or other writers in different parts of the country. The list is growing. We appeal to all our colleagues in the cultural fraternity to resist being hounded by the right​-​wing groups into self-censorship. We call on the central government and state governments to commit to a safe milieu for writers and artists to do their work.

No writer should be hounded into putting down his or her pen. No democracy, indeed no culture, can live if its writers are silent. This is why we have to fight against this hounding of writers into self-censorship with every word we have.