Richa Singh, former Student Union President (Allahabad University) has been arrested for staging a protest along with several other Uttar Pradesh Public Service Commission (UPPSC) aspirants, who were protesting against the leakage of the Hindi compulsory paper, that was listed for the afternoon shift of the PCS Mains examination, on 19 June, 2018. Several of the students allege of being brutally lathi charged by police, after a bus was set on fire, at the protest site.

Following the protest by aspirants of the UPPSC examination, a two-member probe panel headed by Secretary Jagdish, has been set up to look into the matter.

The Citizen spoke to Richa Singh, while she was held in custody of the police. “I am in police custody at present, therefore cannot speak for long. The UPPSC was scheduled to hold a compulsory Hindi examination on 19 June, 2018. The second meetings question papers were leaked in the first meeting in one centre, itself. Therefore the students gathered together and made a simple demand to the UPPSC administration, that it should take a note of the fact and ensure that the administration ensures that none of the other papers are leaked, henceforth. The administration denied the request saying ‘we cannot guarantee that’. After the cancellation of the examinations, all students formed a human chain in front of the UPPSC office to peacefully protest, at around 7:00 pm in the evening yesterday. These are all students who are currently appearing for the examination. Suddenly, we noticed that one of the buses nearby was set up on fire, by few police officials present near the protest. We have the video with us. They set the bus on fire and then attacked the students and detained all of us from the spot. 7 of us were arrested, as several individuals have been brutally beaten up. They are all appearing for Mains, and most of them have serious injuries like a broken leg or a broken shoulder. Out of the 7 people arrested, 6 are appearing for the exams tomorrow. They have an exam scheduled tomorrow and they have been held in the Civil Lines Police Station, even now. An FIR has been lodged against all of us, the entire blame of setting a public property on fire is put on me. They alleged that I set the bus on fire, and instigated protesters to agitate infront of the UPPSC office, yesterday evening. They have no evidence to prove what they state. Right now, they are letting the 6 students leave following their bail plea, while I am being sent to jail as my bail plea has been rejected. I request all of you to spread the word against this.”

The following is the video footage of the bus being set on fire, by a police personnel. This video footage was sent by Singh via whatsapp:

Following is the copy of FIR filed against Singh: 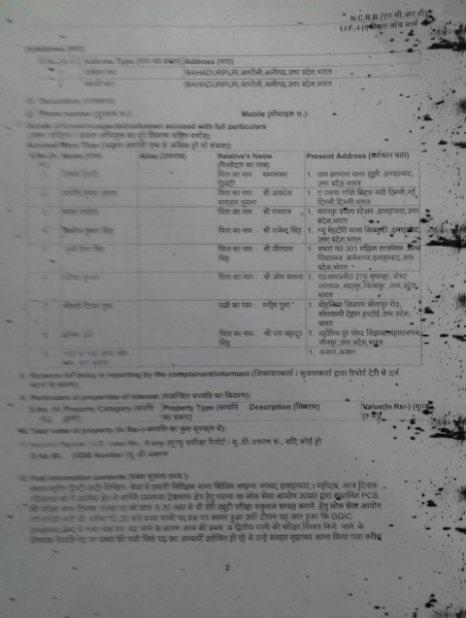 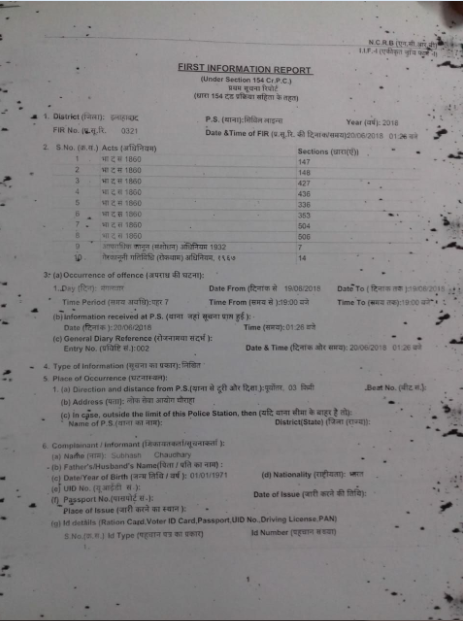 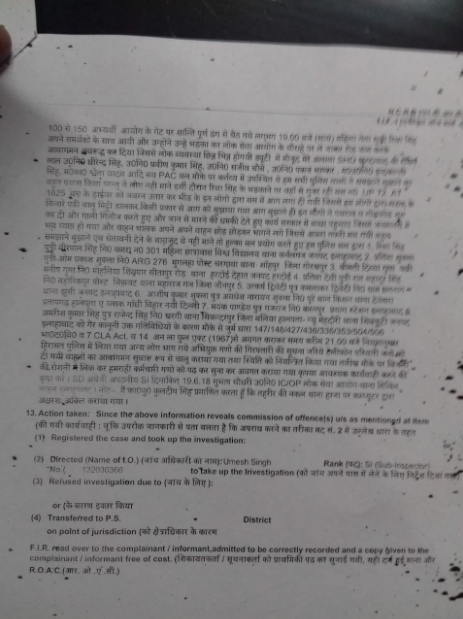 First published in The Citizen.
<