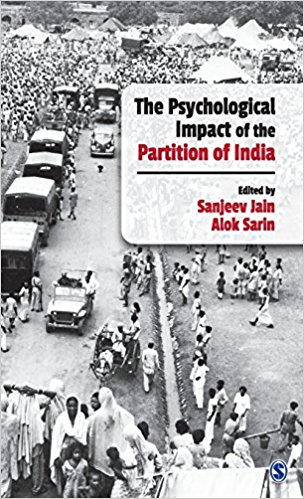 Collated and edited by psychiatrists, the book thus tries to bring together the issues of partitioning and dividing the human experience, and its impact on the cultural life, including medical and psychological health. The contributors include social scientists, literary critics and psychiatrists, who try to engage in this debate at various levels. This diversity of approach emphasises the complexity of constructing issues related to mental health, at both an individual and societal level. The primary resources used are quite diverse, ranging from newspaper coverage, personal diaries, literary works, official accounts as well as archives.

The events of the Partition had an impact on literature, fostered gendered violence and even interrupted the lives of those living within the mental hospitals.

The disruption of medical services removed an essential component of civic life, and the psychological and political events encouraged social distancing and seemingly justifiable (retributive) violence. As one observer of the violence during the Partition pointed out, though it was quite obvious that the victims needed succour, but it was the ‘moral abyss’ in the soul of the perpetrator that would also take generations to heal. This perhaps explains, to an extent, the rapid erasure from conscious awareness. There were millions of victims, but apparently, no one was guilty!

The essays thus discuss important emotional dimensions of the Partition. Was the act of partition mindful of the emotional trauma not only to those who were directly involved but also the trans-generational effects of such an event? For a person with mental illness or ‘insanity’, does insanity divest the individual of personal, collective and national identity?

Did the Partition unleash an insanity which persists in day-to-day life, attitude and ideology?

Do political trauma and social distancing, whether by fascism in Germany or by colonialism and racism or other forms of social oppression, contribute to psychological symptoms? Equally importantly, even access to medical care, which implicitly drew its roots from the progressive movements of the previous centuries, can also be compromised by political events. These issues, though they describe events of the not-so-recent past, find resonance in current events. The seeming retreat of universal humanism and the resurgence of identity politics, as well the perpetual creation of a demonic ‘other’, is perhaps a sign of psychological malfunction. Avoiding this, as Vakeel and Beni Prasad pointed out in the 1940s, needed a constant and conscious effort to ensure social progress and to prevent a sliding back into Hobbesian nasty, brutish and short, and ever smaller, identities and states.

This excerpt has been republished from 'The Psychological Impact of the Partition of India' edited by Sanjeev Jain - Professor of Psychiatry, National Institute of Mental Health and Neurosciences, Bengaluru, and Alok Sarin - Practising Clinical Psychiatrist, Sitaram Bhartia Institute of Science and Research, New Delhi 2018 / 260 pages / Hardback: Rs 850 (9789352806508)/ SAGE India, with permission from the publishers.