Going beyond the threshold 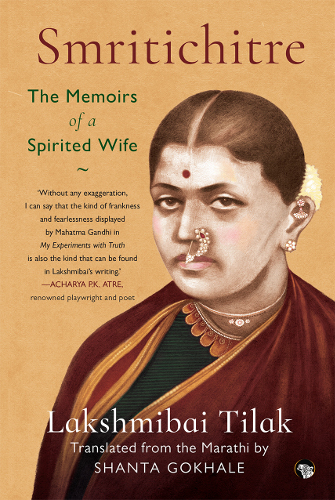 Each book that I have translated has been different from the one before. Each has presented its own set of challenges. The challenge common to all is finding a register in the target language that represents the location of the original in the literary scale. Lakshmibai writes in a simple, homely language. Her husband writes in a derived, literary language. Consequently, her language has not dated. His has. I found an affinity in my own style for her language. For his, I had to move into another linguistic space which was not mine. I also felt a close affinity for Lakshmibai’s sense of humour. So, when I was translating passages which narrate with a sense of fun, I hardly looked at a page once I had read it. The narration in English literally flew off my fingers. I have just finished the first draft of my translation of a long story by Jayant Pawar. This, too, is a tale full of ironic fun. But much of the fun lies in his use of an archaic language. I have had to work hard to get that right. Lakshmibai is given to using proverbs and particular turns of phrase that I have heard older women in my family use. I am, therefore, familiar with them. However, proverbs and sayings are tough to render into other languages. They become proverbs because their strong rhythmic quality makes them easy to roll off the tongue. However, it is this same rhythmic quality that is difficult to capture in English. The difficulty here is the same as in  translating poetry and the solution too is the same—try to get the balance and rhythm right; hint at the rhyming or, if that is not possible, forget it altogether. Lakshmibai uses the proverb “Aga aga mhashi, mala kuthe neshi” on more than one occasion. First and foremost, ‘mhashi’ is an apostrophe. In English, which has lost the declension that is used in Sanskrit and Latin to indicate address, poets used “O” as in “O Death, where is thy sting?” “Mhais” is a she buffalo. So, in English, this proverb would have to be something like “Oh she buffalo! Where are you taking me?” Obviously this wouldn’t do. The apostrophe had to be left out and so also the buffalo’s gender. Settling for a hint of versification and the sense of the proverb, I rendered it as, “Buffalo, buffalo, where are you dragging me?” Not anything like the original, but the best I could do.

YS: Translating a work also means giving a new language to the author. Representation and/or communication of emotions are different for every language. How does a translator negotiate the risks of change of meaning during the course of the translation?

One cannot generalise here either. The emotions in each book are different. The principle is to try and create, in the target reader, the emotions that I, as translator, have felt while reading the original. That is why I have only translated books to which I have had a strong personal response. There have been a couple of occasions when I have had to shelve translation projects that I have started because I could not relate positively either to their style or to their ideology. I can read these books because I can silently argue with them all the way. But a negative response raises an insuperable barrier in translation.

YS: As you mention in your introduction, the story of Lakshmibai Tilak comes as a challenge to the beliefs and ideology of modern day feminism. How do you see the interaction of Smritichitre with a reader with modern day feminist sensibilities?

Once again, I cannot generalise. Feminists are not a monolith. I can only speak for myself. I am a feminist and yet I have translated this book with the profoundest pleasure. The first time I read Smritichitre, I was appalled at the behaviour of Lakshmibai’s husband and father-in-law towards her. But, shocked as I was, I saw it as a faithful representation of women’s lives in those days. Beating them was the done thing then; but so is it now. Mothers-in-law were customarily worse torturers of women than men, so much so that there is a word in Marathi for that specific form of torture. It is “sasurvas”. Lakshmibai speaks of an adopted ‘mother’ of Tilak’s who filled in for her late mother-in-law in that department. However, whether it was Lakshmibai’s husband or father doing her injustice, she did not take it quietly. She spoke up. That is why we have subtitled Smritichitre “The Memoirs of a Spirited Wife”. Morevoer, the husband who beat her also regretted doing so and saw it as a flaw in his character. He had himself suffered at his father’s hands. So, in that sense, he too had been a victim. He had loved his mother and helped her with her chores, which also made him an untypical man. These shades of his character intrigued me and, to some extent, allowed me to view his violence psychologically. I also suspected that the genuine love Lakshmibai had for him came from her appreciation of his struggle to free himself of his flaws. Feminism is a humanistic ideology. Humanists see things in their historical, sociological perspective. That is how I saw Lakshmibai see her husband, Narayan Waman Tilak.

YS: A Brahmin woman, a wife of a converted non-hindu man, and a woman who is constantly moving—sometimes by train, sometimes when pregnant, sometimes alone, sometimes accompanied by other women/ men/ children—Lakshmibai Tilak seems like an embodiment of a woman’s life in a certain time and place. What are your thoughts on approaching Laksmibai Tilak as such an embodiment?

Lakshmibai is not an embodiment of Woman as a generalised entity. She certainly partakes of the views and customs regarding social relations that were prevalent in her time. But her constant moving from place to place, in fact, set her far apart from other women of her caste and class. Women, then, were bound to home and kitchen. They rarely left the house except for family occasions like weddings and visits to neighbours. Lakshmibai had to be on the move constantly because she had to make her home wherever her husband chose to be. It is amazing how adaptable she was. Whether he had a single room or a bungalow, she would set up house and continue from where she had left off. Following a man who was constantly seeking something, helped her become something more than any of her contemporaries—her elder sister for example—had a chance to be. So, she was actually quite atypical for her times. She and Kasturba Gandhi were exact contemporaries. Kasturba was also dragged from place to place because of her husband’s work. He had strong beliefs like Tilak. But she never really got  converted to them. She merely accepted them as wifely duty.

YS: Maharashtra has had progressive thinkers and reformists like Phule, Ambedkar, and Shahu Maharaj. The land has also witnessed resistance and progressive sensibilities from women like Savitribai Phule. Against this back drop, can you reflect on “Chool ani mool” (“kitchen and children”), a saying in Marathi that defines the boundaries of a woman, or rather, limits a woman within the boundaries of the household?

At any given time, there are only a handful of women who have the strength and confidence to stand against social norms. “Chool ani mool” was, and still is, the norm. Even when a woman goes out to work, she must bear the children because only she can. She must cook because, the way our men are brought up, they cannot. In Lakshmibai’s times, it was invariably progressive husbands who brought their wives out of their cocoon, often against their wishes. Learning to read and write was difficult. It was so much easier to cook and bear children as they had seen their mothers and grandmothers do. But because Maharashtra has a long and strong tradition of reformism, the women have always had a voice and used it. In an authoritarian social structure, fathers ruled. So, even Jotiba Phule had to leave his father’s house to be able to continue his work. His wife, Savitribai, had she been married to any other man, would have been confined to kitchen and cradle. It was her good fortune that she was not; and that she had it in her to work shoulder to shoulder with Jotiba as Lakshmibai had it in her to work shoulder to shoulder with Tilak.

Yogesh S is a member of the editorial collective of the Indian Writers' Forum.

Madness and psychiatry in colonial India

“Researching the family history helped me embrace a complex identity”