old post
The Fallout of the Planned Demolition of Babri Masjid: Analysing the Violence in 1992-93
December 8, 2017 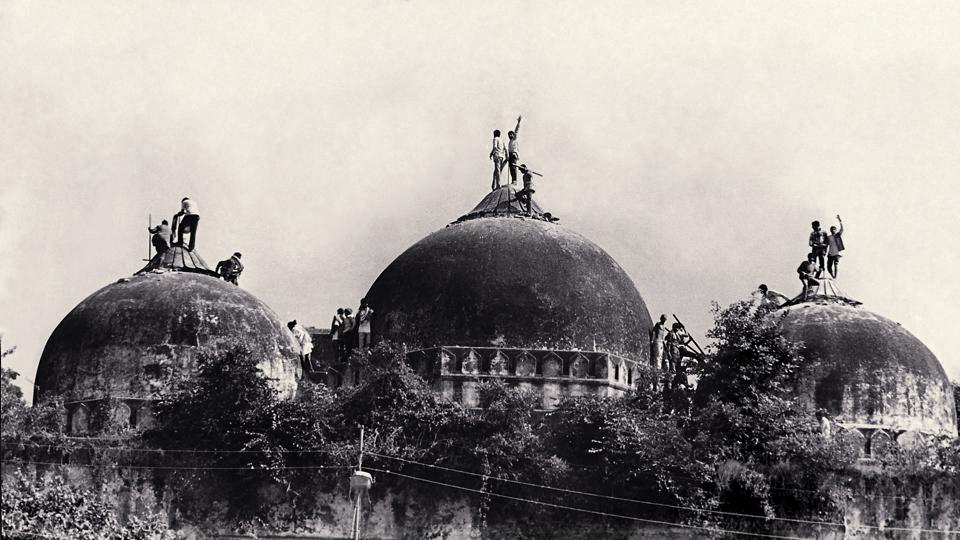 The demolition of Babri masjid on 6 December, 1992, witnessed an unleashing of horrific violence in its aftermath. Various places in the country suffered. Violence in Mumbai was the worst and qualitatively, it set a new low in the history of communal violence in India — iIt was most glaring in its intensity. We saw the states’ failure to contain it, there was failure of justice — failure to punish the guilty and to cap it all, the consequent polarisation of communities along religious lines, followed by the ghettoisation of Muslims. It has left a permanent dent in the civic fabric of not only the city but also the country.

In the wake of the news of the demolition, Muslims in the city, unarmed and in great anguish, protested. The response of the police was laced with bias and prejudice. The peaceful protesters were fired at, mostly above the waist. The Sri Krishana Commission (SC) points out that, “the police mishandled the situation and by their aggressive posture turned peaceful protests into violent demonstration…” At the same time, the Shiv Sena began celebrating the demolition by taking out victory processions. In Mahim slum, they threw cow dung and Gulal (red powder) on the mosque further provoking Muslims who, in turn, attacked the temples with stones. The SC further notes that ‘‘the irresponsible act of Hindutva Parties in celebrating and gloating over demolition of Babri structure was like twisting a knife in the wound and heightened the anguished ire of the Muslims. The celebration rally organised by Shiv Sena in Dharavi jurisdiction is an example.”

Shiv Sena led the “word of mouth” propaganda and the phrase Musalmnan Ka Do Hi Sthaan… (Muslims can only be in graveyard or Pakistan) was made popular. Shiv Sena’s mouthpiece Saamna was full of “hate the other” campaigns and write-ups. Meanwhile, two incidents which took place in Mumbai were used as a pretext to launch a full-scale attack on Muslims — one was the murder of two Hindu Mathadi workers, which was attributed to Muslims; and the second was the burning of Bane family in the Gandhi Chawl. Without any proof, these acts were attributed to Muslims. Incidentally, the accused were let off years later for lack of evidence. Bal Thackeray, through Saamna, went on high gear and wrote that it was time for Hindus to become aggressive. Immediately after this, the Shiv Sena started Maha Aartis. This was an emulation of the mass congregation of Muslims in a mosque and the events were well advertised by Shiv Sena. Provocative speeches were given during Maha Aartis and the people returning from these events were instigated to indulge in violence.

The rumour mill was at its peak. Hundreds of people assembled at Dadar Chaupati (Beach) with headlights of their vehicles directed at the sea to locate the illusory shipment of arms sent by Muslim countries to support the Muslims in the city. It was also rumoured that the milk supply of the city had been poisoned. The police behaved in a most partial way and the administration slipped out of the control of political leadership. When a group of industrialists who were concerned about the image of the city approached the Congress Chief Minister Sudhkarrao Niak to restore peace, he asked them to meet Bal Thackeray.

This violence led to the loss of nearly one thousand lives, of mostly innocent people, over 80% being Muslims. It also led to a loss of property of nearly ten thousand crores, mostly those of Muslims. The trail of violence was unending. The Muslim underworld, aided by the ISI of Pakistan organised massive bomb blasts in March 1993, killing over two hundred people. This brought a temporary stop to the violence in the city.

The response of the then unprepared civic society did show that there were citizens who were concerned about the violence. To name a few of these efforts — many a civic groups organised human chains for peace. One upright police officer called Suresh Khopade started the successful experiment of Mohall Committees during the Bhivandi riots of 1984. Attempts were made to put such committees in the city and had met with some limited success. The pioneer activist scholar Asghar Ali Engineer, who was already leading a group called Ekta Samiti, a coalition of trade unions and other progressive groups to struggle against communalism, organised peace marches and gave the call for relief. Teesta Setalvad and Javed Anand plunged headlong to combat communalism, started a journal of this name, put together “citizens for Justice and Peace” and intervened in a profound way to bring in some sanity and justice in the vitiated atmosphere.

Rehabilitation was minimal and inadequate. The state had already shown its weak character through its inability to control the violence. Sri Krishna Commission appointed by the State did come out with a report a few years later. The report indicted the Shiv Sena, its leader Bal Thackeray and many police officers. When the report got released, the Shiv Sena-BJP coalition was ruling the state. The government rejected the report by saying that it is an “anti-Hindu” report. Later, Congress came back to power claiming that it will implement the report, but that turned out to be a hollow promise.

The violence left a permanent scar on the city, which had been until then, the epitome of cosmopolitan culture. It led to the division of the city along religious lines and the ghettotisation of Muslims across areas like Meera Road, Bhendi Bazar, Mumbra, etc. Today, it is difficult for a Muslim to procure housing in a Hindu-majority area.

This was a violence which culminated in the communalisation of the society and one could see the aggressive role of Hindutva parties, compromising role of the Congress party and a communalised police and bureaucracy as a result. The violence also showed two sets of justice systems emerging in the country. In the bomb blast cases, nearly 200 people died and a large number of accused has been awarded life-imprisonment and the death penalty. In the case of communal violence of Mumbai nearly thousand people died and barring some minor punishment nobody has received and serious penalty worth its degree. Quite a reflection of our emerging democracy.