#OctoberRevolutionSeries: Alexandra Kollontai’s ideas on sexuality and the socialist state 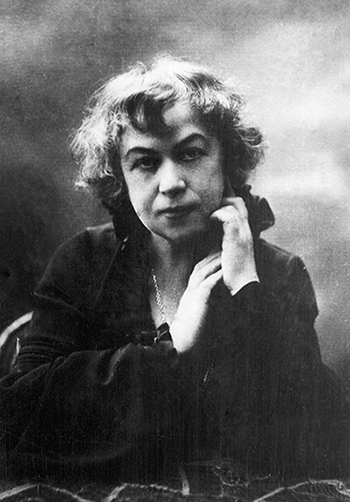 This is our fifth story for our #OctoberRevolutionSeries, a series we began in October to remember the centenary of the Russia Revolution. The first is an excerpt from Cecilia Bobrovskaya’s memoirs; the second is from an essay by Prabir Purkayastha; the third is our inaugral bookend by Githa Hariharan on Sevtlana Alexievich’s novel Second Hand Time; and the fourth is a conversation with Professor Sobhanlal Datta Gupta, who talks of his research on autobiographical texts by György Lukács, Rosa Luxemburg and Nikolai Bukharin. We will follow Parvathi Menon’s foreword to Kollontai’s book with a excerpt from Kollontai’s essays in The Soviet Woman (LeftWord Books, 2017).

On the mobilisation of women in support of socialism in general, and the Bolshevik programme in particular, Kollontai wrote two major pieces. The first, On the History of the Movement of Women Workers (1920), was a tract in which she tried to establish that women’s politicisation is not a new phenomenon but has a long revolutionary tradition in Russia, which the women’s movement could draw inspiration from. In 1921 she wrote Sexual Relations and Class Struggle, in which she argued for new forms of partnership between the sexes based on equality and a new socialist morality. Not surprisingly, she was criticised for this by a spectrum of Marxists from both within and outside the party. The more conservative of her critics accused her of succumbing to the demands of bourgeois feminism; others criticised her for an immature sense of political timing. When the very future of the socialist state was at stake, was this the right time to raise issues pertaining to interpersonal relationships? Further, Kollontai’s personal conduct at this time only added to the gossip and hostility towards her. She suddenly dropped all pressing work and duties to spend time with Pavel Dybenko, a Red Army officer who was to later become her husband. The fact that he was almost twenty years her junior added to the slurs aimed at her. She was sharply attacked by the Central Committee for her lack of party discipline.

Kollontai believed that the “sexual crisis”, as she called it, needed to be urgently addressed, and what system but socialism could do so? “Mankind today is living through an acute sexual crisis which is far more unhealthy and harmful for being long and drawn-out”, she wrote. Unlike the champions of “bourgeois individualism” who argue for sexual codes of the past and institutions like the family to be thrown out, socialists “assure us that sexual problems will only be settled when the basic reorganisation of the social and economic structure of society has been tackled”. For Kollontai, however, this was unacceptable. The solution to the crisis had to be found immediately, “at this very moment”.

Kollontai strongly disagreed with those who argued that sexual relationships belonged to the realm of the personal. The idea of a private world that was distinct from the public was inimical, she believed, to the cause of women’s emancipation in a socialist society. “How can we explain to ourselves the hypocritical way in which sexual problems are relegated to the realm of private matters that are not worth the effort and attention of the collective?” she asked. Her argument was that if class struggle is the driver of historical change, then, the attempt by the ruling classes to order the relationship between the sexes through their own moral codes is a facet of class struggle. For a socialist party that had captured power, this “crisis” demanded immediate attention.

What did Kollontai mean by the sexual crisis? The sense of alienation or “the heavy hand of an unavoidable loneliness of spirit” created by a world of unequal property relationships, sharp class contradictions and individualistic morality, she argued, led men to enter into unprincipled relationships with women, even with the women they chose to marry. The “crisis” lay in exploitative, loveless and unequal partnerships between the sexes, whether these were inside or outside marriage. There are two factors that underline such relationships, Kollontai said. The first is the idea of “possessing” the married partner. The second is the belief that the two sexes are unequal in every sphere of activity.

For a marriage to be based on real love, mutual respect and compatibility, there must be a “radical re-education of our psyche”, said Kollontai, and only the socialist state could provide the conditions under which these changes in attitude could take place. The basic notions of bourgeois sexual morality, by which the woman must bear the burden of inequality in personal and public spaces, was already in the process of being “broken down by the basic principle of the working-class ideology of comradely solidarity”, Kollontai wrote. But this was not enough. “Only a change in the economic role of woman, and her independent involvement in production, can and will bring about the weakening of these mistaken and hypocritical ideas.”

And, much like the state which would “wither away” under communism, the institution of the family too would disappear as the material basis on which it was grounded would cease to exist. But this could only happen with intervention – legislative, educational and agitational – by the workers’ state. 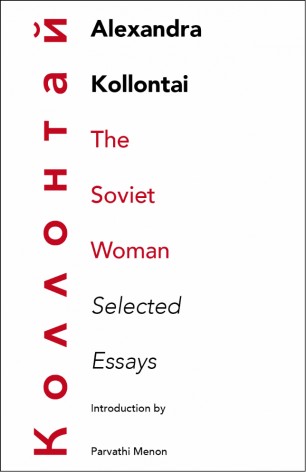 Women, once given productive value independent of the family, become truly free. The workers’ collective would also take full responsibility for the care of children, and their “physical and spiritual education”, she predicted, thus creating a new relationship between parents and children.

Kollontai then took the argument a step further. A stage will come, she said, when the state does not have to recognize a married couple as a legal unit separate from the workers’ collective: it only recognises its obligation to guarantee the well-being of the woman during maternity, and of the child until it becomes an adult. Once these arrangements are in place and accepted, the decrees on marriage that the workers’ republic would have issued when it first assumed office would become “survivals of the past”, and, in Kollontai’s view, would logically be discarded. After all, she argued, an institution like the family with its self-centred interests would only “contradict the interests of the collective and weaken its bond”.

It was only when the workers’ collective entered this stage that the “sexual crisis” would be resolved. “In the period of the dictatorship of the proletariat,” Kollontai said, “communist morality – and not the law – regulates sexual relationships in the interest of the workers’ collective and of future generations.” No longer would the sexual act be morally judged; instead it would become something as “natural as the other needs of a healthy organism such as hunger and thirst”. It was this comment that led her most trenchant critics to denounce what came to be known as the “glass of water” theory of sexuality.

A series of unsigned articles that Pravda ran around the same time cruelly parodied Kollontai’s views. Nadhezda Krupskaya and Natalya Sedova, Trotsky’s wife, also criticised Kollontai’s interpretation of feminism. In addition to all this, Kollontai was repeatedly questioned by the Control Commission about her former political links with the Workers’ Opposition (a group within the government that opposed the Treaty of Brest-Litovsk in 1918). She finally asked for and was granted an interview with Stalin, to whom she complained about being harassed and interrogated for ideas she had once held but long abandoned. The interrogations stopped, and Kollontai returned to Oslo where she was posted as the Soviet ambassador.

This is an excerpt from the Parvathi Menon’s foreward to The Soviet Woman: Selected Essays by Alexandra Kollontai (New Delhi: LeftWord Books, 2017), republished with permission from the publisher.

Parvathi Menon was trained as a historian, and has recently retired as a journalist with The Hindu group.