If Urdu Is Dying I Would Love to Die The Same Way: RIP Tom Alter 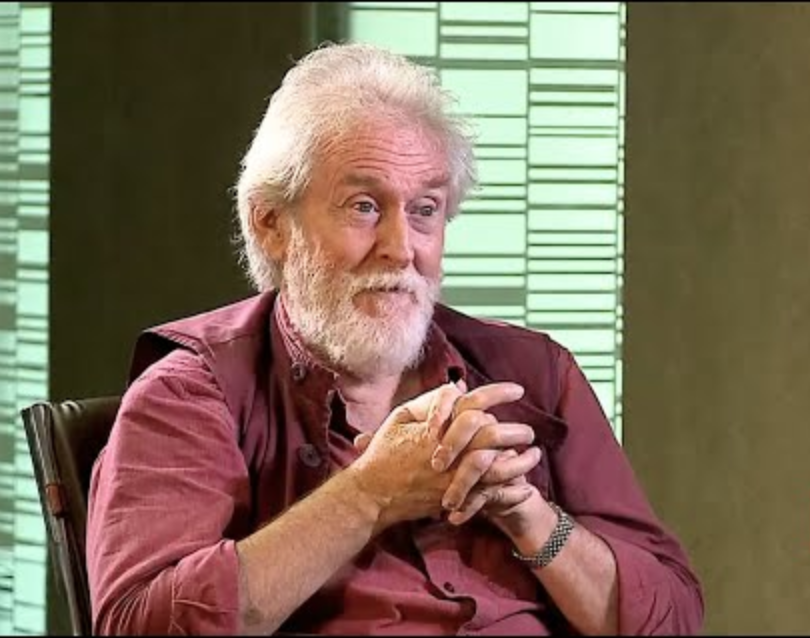 Goodbye my friend it is hard to die, and even more so when a person has the passion and commitment that you have demonstrated through your 67 years. We still remember how you over dinner with a group of friends offered to write a column for The Citizen, a gesture we eagerly accepted. You wrote, we published, there never was a word about money. And in our short journey together you wrote regularly from some city or the other, some mofussil town, snatches of experience, with your passion for Urdu and theatre shining through…always. Never thought we would be publishing you after your death, but with us in The Citizen Tom Alter you live for always.

We thought to ourselves – “Oh, no! 3:30 in the afternoon!! And, that, too, outdoors – how can we do a play at that time and in those surroundings?” – These were the doubts that not only raced through our minds, but jumped up and down in our minds, also – as we prepared to perform Dr. M. Sayeed Alam’s play, “Ghalib ke Khat”, for the Jashn-e-Rekhta last Saturday. You see, “Ghalib ke Khat” is not an easy play, in the sense that there is no Ghalib in the play, only his wife and maid-servant and all the many people he used to write his amazing letters to – so the thought of a handful of people in mid-afternoon wearily watching our play was a worrying thought.

But, how, how wrong we were – at least two thousand people showed up on that wintery afternoon, and the ‘daad’ – or intelligent praise – that we received – in the form of not only ‘waah, waahs’, but of people completing couplets, or even individual shers – of people recognizing the characters we were playing — for instance I was playing Hargopal Tafta, not a writer of such fame – of people both laughing and clapping at a particular play of words, or a turn of phrase – it was truly amazing – we were lifted and carried by the audience to levels of such joy and such celebration – it was, truly, on and off stage, a ‘jashn’, of not only Urdu, not only Hindustan and Hindustaniyat, but of life itself.

And we were only a part of the celebration – for three days people flocked to the Indira Gandhi National Centre for the Arts in thousands and thousands – from one loudspeaker you could hear Javed Akhtar, from another Gulzar-sahib, then Shabana Azmi and Shama Zaidi and then people whose voices you cannot recognize, but all speaking with such ease and elegance in flowing Urdu – and the fact that the language was Urdu was almost secondary – the main delight was that people were speaking, and people were listening – whatever the language may be – that fact that Urdu lends herself so beautifully to both speaking and listening is a well-know truth, but for the three days of the Jashn, it was just such joy to know that people were willing to listen with hushed excitement, and people were still willing to talk with shouting or slogans –

And this was all brought about through the combined efforts of the good people of Rekhta.org – who for the past almost four years have been promoting, loving Urdu – whose original name was Rekhta – on their amazing website – if you want to clarify that sher of Ghalib or Mir which you are not quite sure of, if you want to the correct pronunciation of ‘takalluf’, if you want to know if the name is Faizal or Faisal, just log onto Rekhta.org – you will find your answers, and much, much more.

All languages, when spoken well and listened to equally well, are intrinsically beautiful – Urdu is a language which grew from and with languages such as Arabic, Farsi, Turkish, English, Khari Boli, Hindi, Awadhi, Brijbhasha – and many more – it is an Indian language, and is a language of the people – it flourished without the particular backing of any religion or any region, and still does – Jashn-e-Rekhta so lovingly proved this point, although it actually does not need any proving.

As I have always said – “If Urdu is dying, I would love to die in the same way "