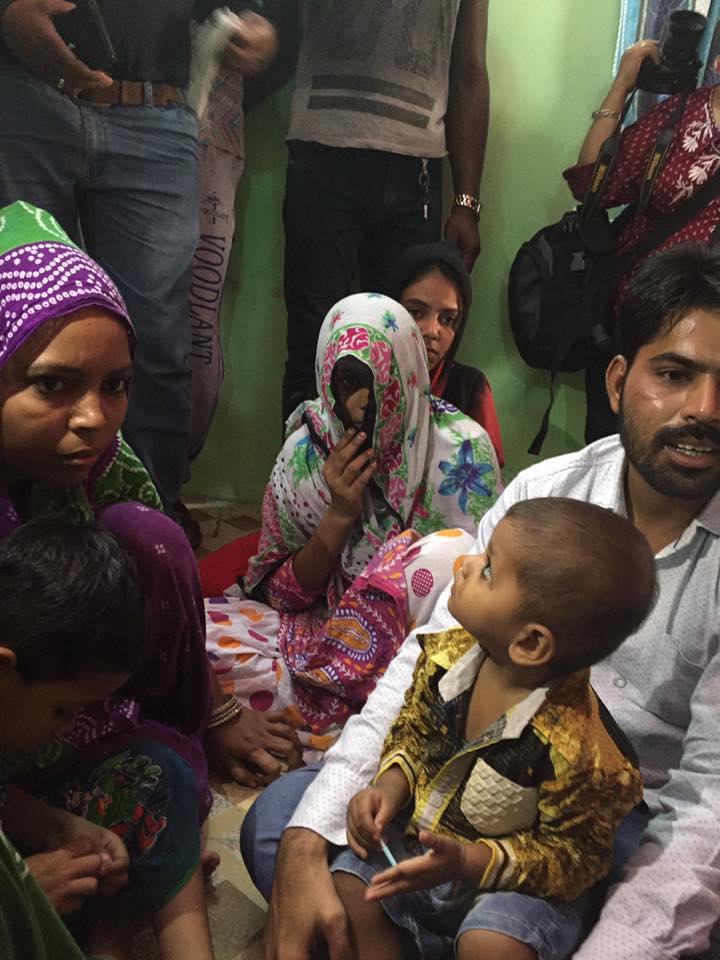 The Karwan is approaching its final days. The team of travellers are feeling a weariness not just of body but of the soul, from bearing testimony to so much hate, cruelty and oppression in state after state. And yet we remind ourselves over and over again that even though it is so gruelling to deal with just listening to stories of hate violence; we must be always mindful that it is infinitely harder for families that have to live with and endure the loss of loved ones to hate violence, living every day with memories and persisting everyday realities of hate, supported by the state.

Today, the Karwan visited the family of Mohammed Ayub, an auto rickshaw driver who was lynched by gau rakshaks or cow vigilantes a year ago. His family had observed the first anniversary of his death just a day before our visit. They were just two brothers, Ayub the elder of the two. Their father was an alcoholic, and lived away from home, paying nothing for their upkeep. Their mother raised them with great hardship, working as a domestic helper. The two boys dropped out of school early to support their mother and sister. Ayub had married, and had two children.

Before Bakra-eid last year, he decided to earn some extra money for his family by transporting animals from neighbouring Rajasthan. They were returning from Rajasthan with some cattle in a pick-up, when a group of around eight gau rakshaks chased his vehicle in cars and on motor-cycles. They speeded as fast as they could, but the vigilantes pursued them hotly, overtook them and blocked their path on the highway. The driver and other loader managed to make good their escape. But the gau rakshaks caught up with him. The fell upon him, pounding and pulping him until he was knocked unconscious. They then left him in the middle of the road, hoping that he would be run over, and his death thought to result from an accident instead of lynching,

Fortunately a police patrol jeep found him, and admitted him to hospital. The family showed us a photograph of Ayub in his hospital bed. His face and every limb seemed pulverised. He fought for three days before he died.

In what is almost a rule in every state that we visited, the police first registered criminal charges against the victim Ayub, charging him with violations of the severe law in the state prohibiting cow slaughter. A second FIR they filed against him for rash driving. A third FIR they filed against an anonymous mob for attacking Ayub. But the family and other human rights activists had seen CCTV pictures from cameras in shops and homes near the highway, which established clearly the identities of the gau rakshaks who lynched Ayub.

After he died in hospital, seniors of his community mobilised a crowd of over a thousand people surrounded the hospital, refusing to accept the boy’s body until their FIR which accepted that Ayub was killed by lynching and that this lynching was not by an anonymous mob but by a small group of motivated gau rakshaks. They protested that there were a number of CCTV cameras in the area which had captured their faces, and the supporters of the family had identified the men. The police held off for as long as they could, but the protesting crowd swelled and just would not budge.  There were many negotiations, and the police secretly shifted the boy’s body to their home. But Ayub’s family would not still relent from their demands. They added that they wanted the men arrested in a maximum of a couple of days. The police finally gave in to all of these demands. A new FIR was filed, of murder under Section 302 of the IPC, of a targeted lynching by named gau rakshaks. The family finally tearfully lowered the body of their loved one under the earth, and made its last offering to it of soil. The gau rakhaks whose faces were recorded by CCTV were arrested. But they were released on bail, granted in appeal by the High Court.

Of all the families we met in this long Karwan, this one had been the most successful in fighting the consistent and shameful attempts of state administrations everywhere to protect the men who lynched, and criminalise the victims. The long and courageous battles for justice for the survivors of the 2002 communal massacre in Gujarat had set new traditions of human rights resistance by survivors of hate violence against their attackers protected by malevolent and communal state administrations. There has not been any lynch attacks in the name of the cow in the year since Ayub’s lynching, and they and we speculate that the charging and arrest of the gau rakshaks who murdered Ayub deterred other hate adventurers in ways that they are not deterred in any other of the states which we visited. 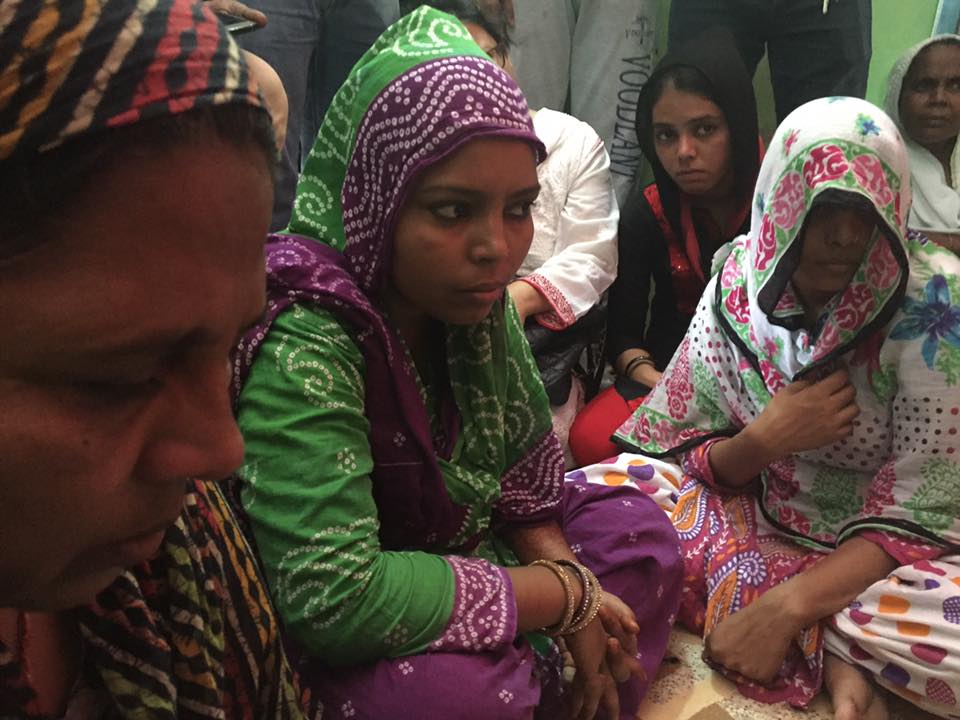 The FIR of murder against the gau rakshak killers of Ayub offered some solace to Ayub’s grieving mother, his young widow, his brother and sister. But a year later, they could not still come to terms with the brutality with which their loved had been snatched away from them and from life.