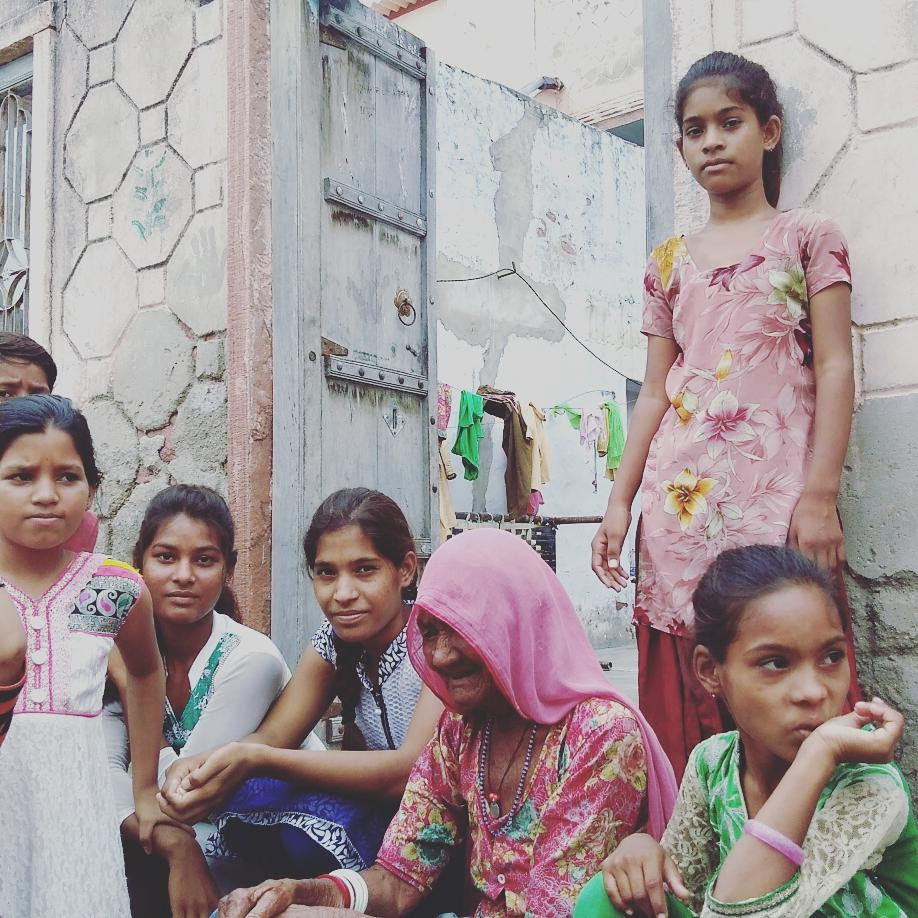 We had arrived late the night earlier at Bhilwada in Rajasthan. Many people still waited for us although we reached only at 10 at night, and spoke to us of the mounting communal divisions and tensions in Bhilwada. The day began with a short aman rally through the streets of Bhilwada. The rally concluded at the statue of Dr Ambedkar, where we recalled his emphasis on fraternity or a shared sisterhood and brotherhood as being fundamental to democracy and our constitution., We drove to Udaipur, where once again many citizens had gathered to greet the Karwan.

We left after lunch for Gujarat. Just across the border, we arrived in a small impoverished tribal village Kotdaghadi in Sabarkantha district. Just over four months earlier, this remote village was the site of incredible horror, once again in the name of the gentle cow.

On 2 May 2017, the police claimed that someone had reported that a cow was killed in the village. The report filed by the police states that they rushed to the spot and found five men gathered around a recently slaughtered bull. In their FIR they designates the bull as gauvansh or cow progeny. The FIR describes in graphic detail over several pages the condition of the ‘murdered’ bull, the cut on his neck, a horn severed, his body cut in two parts, and half the body’s skin severed from the body, with dried blood all around. It says that it found next to the body of the dead bull a tarazu or weighing balance, an axe and knives. Four of the men are said to have run away after a chase.

The police managed to catch one of the men, a Dalit Lebabhai Bhambhibhai, and arrested him for the alleged crime of cow (progeny) slaughter. Lebabhai pleaded that he had not killed the bull; he did not slaughter cows or trade in their meat. His caste determined vocation since he was a boy was only to skin dead cows. That day he was skinning a bull that was already dead. But the police insisted that he was lying, and beat him up brutally. He complained later to the courts that the police demanded two lakh rupees from him to spare him his life and give him freedom. His family was able to raise one lakh rupees but that was not enough.

Later, they picked up a 55 year old Adivasi farmer Kodarbahi Gamar, and two Muslim men Imambhai and Shabbirbhai. The men were mercilessly beaten by the police. One of them, Kodarbhai, died from this beating.

We met Kodarbahi’s widow Shanthaben in her small earth home. Her husband that morning was sleeping in his fields. Early morning half a dozen policemen suddenly arrived at her home mercilessly thrashing her husband. She screamed, pleading with them to let him go. The policemen pulled her harshly by her arm. and asked her to look at her husband’s face one last time. She should then prepare for his funeral.

They then dragged the man outside the home, beating him viciously with a belt and batons all the way to the village centre. Her sons and other villagers said that they thrashed him so badly as the crowd watched him soiled his clothes with his excreta and urine. They then drove him to another village 20 kilometres away, and again on the village square harshly thrashed him in the same way. These public lashings seemed designed as deliberate public spectacles of a man accused of killing a cow. This display had everything in common with a lynching. Except that it was done by lawless men in uniform rather than by hate mobs.

The police then drove him to the police station. That evening, Kodarbhai rang his neighbour from the police station to call his son. He sobbed as he spoke to his son on the phone, ‘I have been beaten so badly. I cannot walk. I feel sick all the time. They hit me with a belt on my head. They say that they will let me go if we pay them 4 lakh rupees. Mortgage our land, get this money to the police station as soon as you can. I will not live otherwise’.

His sons desperately set about immediately trying to mortgage their land with a richer landed neighbour. But the next night, their neighbour got another call, this time from the police, that Kodarbhai had been admitted to a hospital in Ahmedabad. A group of villagers hired a taxi to the hospital. There they found him critical, surrounded by tubes. The next day he died.

Shanthaben repeated the story of this horror to us. Her husband had never done any work even remotely connected with the slaughter or skinning of cows. They had two local cows, that gave them only enough milk for their tea. He worked on his farms, and as labour for the rest of the year. She could not understand why the police had accused him of killing a cow, and had killed him for it. Her husband had left behind eleven children, the youngest five years old, the oldest in his thirties. She did not know how she would now raise her children alone in the world.

This was like a perverse parody of a morality play. One Adivasi, one Dalit, and two Muslims, all charged by the police to have killed a cow, who was not a cow, but a bull. All thrashed brutally by the police, who extorted blood money as the price to stay alive. One of them beaten and humiliated ruthlessly and publicly, in the style of public lynching, so severely that he dies.