He was a young poet in his thirties – tall and extraordinarily good looking, wearing khadi as many young men of the times did. He had been asked to address the youth and offer a few words of advice. And this is what he said to them:

“Even if the four-faced Brahma comes and speaks to you as I am speaking to you now and says that he preached the Vedas to the Rishis, don’t believe him with your eyes shut. If someone says that the laws of Manu, which were written for some other time and some other society, should rule us now — don’t nod your heads in agreement. If the Manu of those times was sacred then, isn’t the Mahatma Gandhi of our times sacred too? Do not think that a belief is true only because it is ancient. When the new truths discovered in science are accepted in place of the old half-truths, why can’t the same happen in the domain of religion too? The Veda is not a finished, completed work. The last chapter of the Veda did not end then. It will continue today and tomorrow. So listen to the new rishis when they speak the new Veda Vakyas.”

It was a time when temple entry by the dalits had been rocking the nation. The temple-entry movements organised by Dr. B.R. Ambedkar at Pune and Nasik had effectively articulated the demands of the “depressed classes” (dalits) for rights in a religion prepared to include them in the census numbers, but not to allow them into the temples. In his speech, Kuvempu refers to an incident in which a respectable dalit was forced to pay penalty for polluting a temple by his entry, and the fine was for “purifying the temple”. Here’s what Kuvempu says:

When “touchables” who are more foolish, unclean, evil, diseased and evil doers than him enter the temple it does not cause pollution! “Touchable” youth should take this humiliation of their brethren as their own, stop going to temples, and (make) build their temples out there in the midst of nature’s beauty, in the rising sun, in literature, culture and in the service of the poorest and thereby break the narrow mindedness of sectarian religion. My appeal to the untouchable youth is, what do you lose if you avoid the humiliation of going to temples? Why do you nurture the illusion that god resides in the stones of the temple? …

Instead of going into the temple to face the stupidity of the sect and the exploitation by the priests, wouldn’t it be better to keep away and worship Ishwara in the temple of your heart with greater devotion? Temple-entry for the untouchables is not meant for the liberation of the dalits; it is urged for the purification and largeness of vision among the upper caste Hindus.

…Therefore my young friends, do not be trapped in any narrow tradition. Never allow yourselves to be constricted by a creed. Create your own vision by distilling the best of all religions and live according to it. 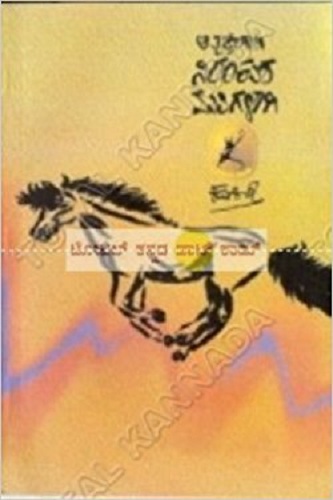 The title of the speech Kuvempu gave is “Atmashrigagi Nirankusha Matigalagi”. An approximate translation would read “Let your intellect be unshackled/ unbridled for the sake of wealth of your soul”. The translation takes away the force of the metaphor in “Nirankushamati”; “Ankusha” is the hook with which the mahout keeps the elephant under control; “Mati” is the intellect which Kuvempu contrasts with “Mata”, the narrow sectarian institutionalised religion.

Kuvempu’s speech was a passionate plea for the assertion of reason against the enslavement by custom, belief and practice. Here and elsewhere, Kuvempu describes “science” as a torch, a lamp fighting the darkness of superstition. Though he was greatly influenced by Ramakrishna Paramahamsa, and his own poetry is infused with “advaita” mysticism, Kuvempu was a firm believer in reason and science. He had profound reverence for the intellect, and says, in this speech, that “the intellect is the right of humanity”.

Kuvempu (Kuppalli Venkatappa Puttappa (1904-1994)) is a towering figure who should have had his rightful place among the makers of the Indian renaissance. Poet, essayist, novelist dramatist and literary critic, he was the first shudra writer in the Kannada tradition. Born in a wealthy, landlord family of the Vokkaliga community in the thick forest and hilly region of Karnataka, he is the one great writer with whom every generation has kept up a living dialogue. It is in his writings that the entire complex life world of the shudra and dalit communities finds its first literary expression. His works are an extraordinary, sensitive record of the many transitions of Kannada society from tradition to modernity, from the reawakening (Navodaya) of Kannada culture to literary modernism. 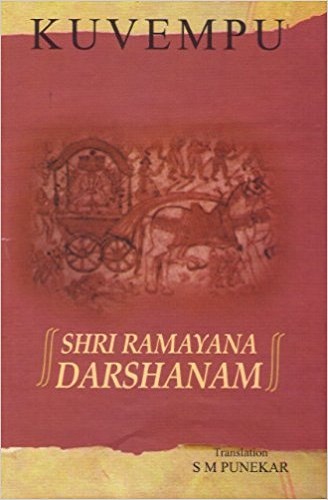 Though Kuvempu’s iconisation was mainly because of Sri Ramayana Darshanam (1951) – a modern re-telling of the Ramayana from Kuvempu’s own humanist, egalitarian vision, it is his relentless struggle against the caste system, the inhuman practices of institutionalised religions, and the hegemony of English and corrupt politics, which made the dalit and protest movements in Karnataka keep up a conversation with him. He is probably the greatest symbol of cultural resistance to all forms of power and enslavement.

In his life he practised all that he believed in. He taught at the Maharaja College before he became the Vice Chancellor of the University of Mysore. The prince of the Mysore royal dynasty was a student at the college, and Kuvempu was requested to tutor him. He declined by saying he had better things to do than teach the scion of the royal family. When he was Vice Chancellor, his son K.P Poornachandra Tejaswi, who later went on to become one of the greatest writers in Kannada, had failed in English. When questioned by his father, he put the blame on unjust examiners. Kuvempu had a look at the answer scripts, called the examiners to his office and reprimanded them – for awarding more marks than the failed candidate deserved. When a senior minister visited him and enquired about his experience as Vice Chancellor, his laconic reply was “Well, piles and files." He wrote a lovely poem in which a little bird taps on the window of the Vice Chancellor’s office and taunts Vice Chancellor Puttappa for being caged in the office.

He made a remarkable speech while inaugurating the Karnataka Barahagarara Kalavidara Okkuta, the association of progressive writers and artists. He spoke against the priest class, and certain religious creeds which preached that the low born are eternally doomed to hell. He said that the tiger of the priest class has to be attacked, not with a few stones, but with a double barrel gun. However, in this strange hunt, the gun should first be aimed at one’s own head: at the ignorance which enslaves us to the priest-class. 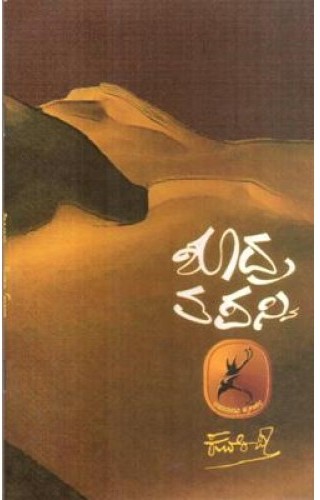 He did many radical things with ease and calm confidence. In the play Jalagara, Lord Shiva declares himself the “sweeper of the world”, and embraces the sweeper shunned by everyone. In the play Shudra Tapaswi, Shambhuka, the shudra sage is accused by an arrogant brahmin of violating varna norms by doing penance in spite of being a shudra. He alleges that this son has caused the death of his son. In the "Uttarakhanda", Rama severs Shambhaka’s head to repair the violation of varna norms; in Kuvempu’s play, Rama’s arrow salutes Shambhuka and targets the brahmin for his pride and arrogance. The play brewed a storm in the Kannada literary world, with the great but conservative writer Masti Venkatesha Iyengar criticising Kuvempu for tampering with an old myth. Kuvempu’s reply is a little classic of angry protest, asserting the right of every writer to rewrite the old myths to question the ideological beliefs inscribed in the old myths.

In our times of unreason and cultural fascism, Kuvempu’s call to uphold reason, the fearless spirit of free enquiry, and the unfettered intellect, has found fresh relevance. An interesting tailpiece to Kuvempu’s speech: the government, troubled by its radicalism, sought a report. It was referred to Prof T.S Venkannaiah, Kuvempu’s teacher and mentor. Prof Venkannaiah wrote that if he were to recommend a piece of writing as guidance to his own son, he would recommend Kuvempu’s speech. Those were not the times when cases of sedition were freely used to gag writers.

Read Rajendra Chenni's essay on the loss of syncretic culture in Karnataka here: In Dispute