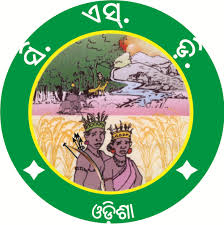 CAMPAIGN FOR SURVIVAL AND DIGNITY(CSD), ODISHA

Campaign for Survival and Dignity(CSD) is a national forum of the tribal and forest dwellers that struggled for the enactment of historic Forest Rights Act(FRA),2006 and got it passed by the Parliament of India in Dec 2006. After the enactment and implementation of the Act in the State, We, are reaching out to the forest dwellers across the State and campaigning for its better implementation in the ground.

In the last 8 years of FRA implementation we find that while FRA recognizes Gram Sabha as the 'authority' over its natural resources and in implementing the FRA at  the Gram Sabha level, in most of the cases, this power of the Gram Sabha has been usurped by the bureaucrats. While the Odisha Govt. claims to be No.1 in recognizing Individual Forest Right in the whole country, it has very recently admitted to have not demarcated most of the land issued, Individual Forest Right (IFR) . The rights of Other Traditional Forest Dwellers(OTFD) have been bypassed despite recommendation of Gram Sabhas,  the status of recognition of community forest rights is very vague. The report being produced by Govt. of Odisha on Community Forest Right (CFR) has been misguiding and CFR claims filed by Gram Sabha in all districts are mostly pending at the Sub-Divisional Level Committees for years together. The State Govt. is openly violating FRA by introducing anti-FRA schemes and programmes like "Aama Jungle Yojana", "Banayana" and JICA project and promoting VSS. Recognition of ownership rights over minor forest produced specially Kendu leaf and bamboo to Gram Sabha has been restricted by Forest department. Despite consistent advocacy, the State Govt. has become blind to the right assertion on Kendu Leaf of six villages in Golamunda block in Kalahandi District. Besides,  after the passing of 8 and half years of FRA, 2006 ,not a single forest/ un-surveyed village has been converted into revenue village under FRA and despite provisions, not a single PTG Habitat rights has been recognized despite claim, Record of Rights(RoR) correction of the forest land recognized under Individual Forest Right(IFR) and Community Forest Right(CFR) has not been done. Besides, the consent of Gram Sabha while diverting forest land for non- forestry work has been bypassed or being forged by the district administrations.

Thus to remind the Gram Sabha's power recognized under FRA to the State Govt. and to demand for recognition of Community Forest Rights(CFR) and rights over CFR area in the State, CSD, Odisha is going to hold Protest Rally at Lower PMG, Bhubaneswar on 28th June 2017.  The Protest Rally will start from Master Canteen at 11.00 am. Around 2000 tribal and forest Dwellers from different districts will participate in the protest rally. A memorandum will be submitted to the Governor of Odisha at the end of the programme.

Therefore, we request your cooperation to attend the Protest Rally towards strengthening and serving the interests of tribal and other traditional forest dwellers.

Other Convening Group Members,  Campaign For Survival and Dignity(CSD), Odisha,

Published here with permission from Campaign for Survival and Dignity