“We need to detach art from socio-political constructions” 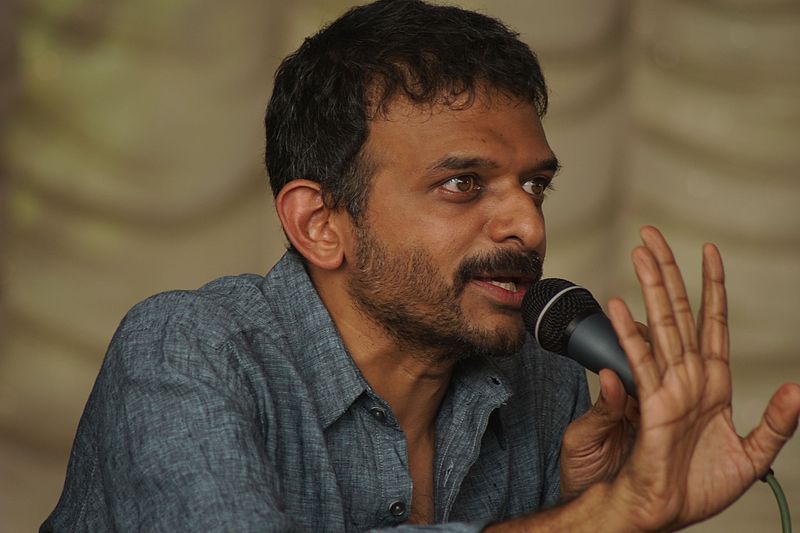 I am a musician; a practitioner of Karnatik music – one of India’s two celebrated classical systems. From when I can remember I have been part of the world of this music. Learning the art as many Brahmins do from my childhood years. I was a full-time musician by 22, focused on only success as an end.

A set of unusual situations made me delve into my music’s life beyond the learning and singing of it.

What is this music, its history and its purpose?

As the questioning progressed it turned into self-questioning. Who am I, what is my social address and who are the people who applaud my music, every movement of it? And it became clear to me that the music was not just about the melody and rhythm; it had been so internalized by the religion, conventions and rituals of the holding community, my community, as to make it ours – ours to practice, to preserve, to protect, excluding the rest, especially those on the first step of India’s caste-based social order.

A precious, aesthetic experience can become part of a political and social commentary. This, it was clear to me, was wrong, unfair – unfair to society, unfair to the art. I must, I felt, resist this near hegemony.

Belonging to the holding community made the task anything but easy. The art – my art, which was my very life – was being seen as part of India’s dominant or ‘ace’ culture. A culture which dominates can call itself powerful; it cannot call itself culture. Power is about power, culture is about culture. Every community, even the most marginalized, has its own exquisite art and hosts multitudes of cultures. Power has tall citadels, culture has a level stage. The tall citadels need to be brought down; the ignored artistic traditions brought on to the proscenium stage.

Democracy demands that society’s wealth, physical and cultural be shared with openness, respect and love. This calls for empathy and not just tolerance; an embrace, not ‘putting up’ with one another.

Cultures are not bound by the lines that we draw on a map. It is in fact art that reveals to every human being inhabiting this complex yet beautiful planet that we have similar struggles and celebrations. But to truly sense this oneness we need to detach artistic traditions from socio-political constructions.

My journey in this direction has just begun and will proceed with awareness and constant learning. This award has reassured me that the art experience is seamlessly linked to life. I would not be here without the guidance and support of so many of my fellow-journeyers. This award comes to me in name alone, but belongs to the great music tradition that has nurtured me and has led me, with many others, to experience its majesty, and has opened not one but an infinity of windows to the mystery called life.

I will conclude with a few lines from a Karnatik song. A few words about it.

In the 19th century, the Tamil composer Gopalakrishna Bharati composed a musical opera describing the struggles of the Dalit Hindu saint Nandanar (6th-7th century). In this song from the opera, Nandanar seeks entry into the temple to be in the lord’s (Siva) presence and celebrate him in song. We must remember that Dalits were not allowed inside Hindu temples even until the early part of the 20th century.

Today, in 21st century India, Dalits are demanding access, not into temples that are no longer closed to them, but into the architecture of opportunities, rights and power-sharing. Today’s Nandanars are stronger, organized, aware of their rights, far more powerful and impactful. The struggle for marginalized communities – across the globe – to ensure respect and equality in every sphere of living, be it the political, social or religious, unfortunately still finds doors closed.

Thodur Madabusi Krishna is one of this year's recipients of the Ramon Magsaysay Award.