As we remember Eleanor Zelliot 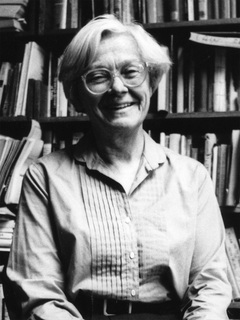 The recent death of American Ambedkar scholar Eleanor Zelliot is another reminder that scholarship about India has been the work of many minds, some Indian, others foreign. The field of Maharashtra Studies alone, for example, is impossible to imagine without the contributions of scholars like Eleanor Zelliot, Günther Sontheimer, Anne Feldhaus, Gail Omvedt, Lee Schlesinger, Stewart Gordon and so many others, including the unfortunate James Laine, whose career as an Indianist was abruptly truncated by right-wing attacks on his book about Shivaji back in 2003-2004, under the BJP-led NDA administration.

Today, the central and state governments increasingly deny research visas and other requisite permissions to scholars wanting to come to study India or study in India from overseas. Research areas as wide-ranging as “Caste”, “Tribals”, “Insurgency”, “Social Inequality”, “Religion” etc. are off limits, either because of formally enforced rules or because of informally understood but nonetheless crippling taboos and restrictions on research. How could such policies not hurt the quality and depth of scholarship about India? The answer will become clear in another 5-10 years, as language skills disappear, papers and books begin to dry up, fieldwork becomes a distant memory, and archives languish unused.

In Egypt recently, the Italian research scholar Giulio Regeni, a doctoral student at Cambridge University, was abducted by secret police, brutally tortured and left for dead. He was working on labor unions and labor politics in Egypt, and spoke fluent Arabic. The Egyptian regime’s message was clear: foreign researchers are not welcome. But the real cost is borne by Egyptian academics and intellectuals, many of whom face jail sentences at home, are forced into exile and seek asylum at American universities and think tanks, or simply fall silent as the price they must pay to save their jobs and their lives.

This is not yet the case in India, but who can say with any confidence that we are not headed the same way?

Eleanor Zelliot was a specialist on the history of India, Southeast Asia, Vietnam, women of Asia, Untouchables, social movements. She wrote over eighty articles and edited three books on the movement among Untouchables in India led by Dr. B.R. Ambedkar, on saint-poets of the medieval period, and on the current Ambedkar-inspired Buddhist movement, The Experience of Hinduism, From Untouchable to Dalit: Essays on the Ambedkar Movement, and Untouchable Saints, an Indian Phenomenon. Eleanor’s fourth book Ambedkar’s World: The Making of Babasaheb and the Dalit Movement, was published in 2013. See also Eleanor’s bibliography and additional publications (via Carleton College).

Ananya Vajpeyi works at the intersection of intellectual history, political theory and critical philology. She is currently writing two books: one, a history of caste categories in India from pre-colonial to modern times, and the other, her long-term project, a life of Dr. B.R. Ambedkar (via the Centre for the Study of Developing Societies).