Mapping and conserving our languages: The People’s Linguistic Survey 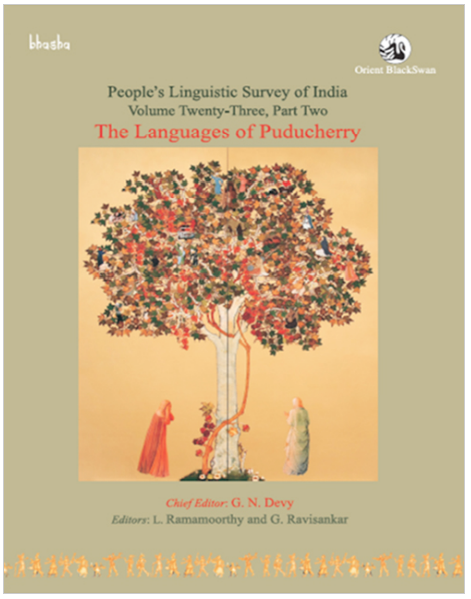 The People’s Linguistic Survey of India (PLSI) is a rights-based movement to carry out a nationwide survey to identify, document and understand the state of Indian languages, especially languages of fragile nomadic, coastal, island and forest communities. The PLSI is carried out by scholars, writers and activists in partnership with members of different speech communities. The main objectives of the PLSI are

.  To create an action network of members committed to sustainable development, irrespective of diverse social and cultural contexts, and of community custodians of life enhancing systems and traditions.

.  To build bridges among diverse language communities, and thereby to strengthen the foundations of multilingual, multicultural Indian society.

.  To develop teaching material and capability for promoting education in mother tongue.

.  To provide a baseline for any future survey of India’s linguistic and cultural composition.

.  To arrest extinction of linguistic, cultural and biological diversity, nurtured by speech communities over generation, and to protect one of the few surviving bastions of linguistic diversity in the world in the interest of human security and survival.

The last Linguistic Survey of India was carried out at the beginning of the twentieth century by Dr. George Abraham Grierson. The Survey covered 189 languages and several hundred dialects in its 11 Volumes divided in 19 parts. The PLSI is not a repeat, substitute, replacement or a sequel to Grierson’s Linguistic Survey of India, a Sample Survey or a Census. It is not an exhaustive survey of each and every language in existence in India; nor is it an exercise in standardising or fixing the writing or the speech of Indian language communities.

The PLSI, conceived by G. N. Devy, founder of the Bhasha Research Centre of Baroda, has covered over 700 languages and is getting published in 50 volumes, divided in 86 parts. It will be available to readers in both Hindi and English; this is in addition to the State-specific volumes in the Bhashas, such as Kannada, Marathi, Gujarati, Bangla, Oriya and Khasi-Garo.

The PLSI serves as a quick, non-hierarchical, public consultation and appraisal, intended as an aid to cultural impact assessment of development, and as an acknowledgement of the self-respect and sense of identity of all, especially the endangered speech communities of India. The PLSI is guided by the National Editorial Collective, constituted voluntarily. It took nearly 14 years of preparatory work, four years of intensive field work, and nearly seven years to publish all the volumes. A team of 3000 volunteers, contributors, translators, copy-editors and type-setters were involved in the work.

The PLSI is a rare academic achievement. More important, it is a unique cultural movement that has forged its path without any dependence on government support or foreign funding.

An excerpt from Chief Editor G.N. Devy’s introduction to the PLSI volumes:

Between the collective consciousness of a given community, and the language it uses to articulate the consciousness, is situated what is described as the “world view” of that community.  Preservation of a language involves, therefore, respecting the world-view of the given speech-community. If such a community believes that the human destiny is to belong to the earth and not to offend the earth by claiming that it belongs to us, the language of that community cannot be preserved when we invite the community to share a political imagination that believes in vandalizing the earth’s resources in the name of development.  In such a situation, the community will have only two options: it can either reject the Utopia that asserts the human right to exploit the natural resources and turn them into exclusively commercial commodities, or it can reject its own world view and step out of the language system that binds it with the world view.

Indeed, the situation of the languages in the world, more particularly the languages of the indigenous peoples, marginalized and minority communities and of the cultures that have experienced or continue to experience alien cultural domination, has become precarious. The alarm to be raised will not be even a day too soon. Yet, it would be ambitious to hope that this task can be achieved even in a small degree by merely placing the onus and the responsibility on the State parties.  The mission will have to be carried out, through the agency of the nation-states, and independent of it, through a large number of civil society actors –universities, literary and linguistic academies, good-will societies and associations, non-governmental organizations, individual scholars, researchers and activists. Creation of texts, dictionaries, glossaries and grammars in the declining languages will be of use; documentation, museumisation and archiving too will be of some use; but if the languages are expected to survive, the speech communities need to be given the dignity and respect that they deserve, not as anthropological others, not as the last and under-developed traces of the self, but in their own right as deserving of respect because of what they are.

It takes centuries for a community to create a language. All languages created by human communities are our collective cultural heritage.  Therefore, it is our collective responsibility to ensure that they do not face the global phonocide let loose in our time.

The People’s Linguistic Survey of India conceptualized during the early years of Bhasha Research Centre, an idea that found a clear articulation in the Bhasha Sangam, 2010, held at Baroda under the title Language Confluence at Ground Zero, has at its heart the concerns stated in my comments. I was fortunate to be asked by the large assembly, in which representatives of 320 Indian languages were present, to lead the PLSI. The first workshop in that direction was held at Kyelang in Himachal Pradesh, in freezing cold when the rest of India suffered the summer heat. I am not able to say how many such workshops were held since then, for rarely do I remember a day when I have not been in the middle of the survey. This required my travelling through all states and union territories of India. Though, in the past, I had travelled to many states for other work, and to many other countries, the PLSI sojourn brought to me an India that I had never before seen and had only vaguely imagined. People responded enthusiastically to my call for sitting down to write about their languages. These included vice-chancellors of universities as also bus-drivers, scholars as also street singers, law keepers as well as criminals, men as well as women, young as well as old.  They sat together, listened to me, spent their time and wrote down what they knew of their languages.

Most of them do not know what grammar is. They are not aware of the International Phonetic Apparatus. They have never heard of Panini and Bhartrihari, or of Saussure, Sapir and Chomsky. Most of them were not aware of a great colonial scholar called George Abraham Grierson. To my mind, the modest value of the PLSI volumes is precisely in the fact that this is not a work by Linguists, or at least Linguists alone, though some of the finest Linguists of India have participated in the exercise and have guided its path. As the General Editor of the volumes,  I hope, India will receive the ‘snap shot of languages as they existed in the years 2011-12’  posted here with affection, and write back to the team of hundreds who joined hands to make taking the snap shot possible a warm ‘Thank You… yours sincerely.’  I look forward to conveying that appreciation to the large team of advisors, members of the National Editorial Collective and my colleagues in every state who participated in making the PLSI, who are too large in numbers to be named individually.

About the Centre behind PLSI, Bhasha

The Bhasha Research and Publication Centre was established in Baroda in 1996 with a view to battling the erosion of bhashas, and for the conservation of oral traditions in the bhashas of marginalized communities. While the Centre’s efforts have resulted in improvement of some of the Bhilli group languages, one feels pained to see how many Indian languages – the bhashas – have become extinct, and how rapidly!  In the Census Reports of 1961, a total of 1652 mother tongues were mentioned. Several hundred of these are no longer traceable. During the first half of the twentieth century, India reportedly lost about one fifth of its languages, during the second half of the last century we have lost about one third of the remaining languages. If we continue to allow the dwindling of the bhashas at this rate, it is estimated that over the next fifty years, we will see the extinction of most of the bhashas spoken by the nomadic communities and adivasis, just as we will witness a large scale erosion of some of the main bhashas that have a rich history of written literature. In March 2010, the Bhasha Centre held a ‘Confluence of Languages’ Consultation at Baroda. As decided during the concluding session of the Bharat Bhasha Confluence, Bhasha Centre initiated the work of preparing a People’s Linguistic Survey of India (PLSI). The People’s Linguistic Survey of India is the first known democratic intellectual attempt undertaken by a large collective of scholars and activists. It is carried out by volunteers and associates mobilized and trained through a series of workshops. So far nearly 85 workshops have been held in 36 States and Union Territories of India resulting into working volumes for all states as well as several general volumes. From its inception, Professor G. N. Devy has chaired the PLSI and led the language mapping and conservation efforts.