1. At a time when the legitimacy of Prof. Appa Rao to continue as Vice-Chancellor is in question, without attending to the protesting students who are on INDEFINITE HUNGER STRIKE, the absconding Vice-Chancellor and the Executive Committee met today (outside the campus) and issued a circular. We reject this outrightly as an illegitimate circular, since it came through a committee headed by Prof. Appa Rao Podile, who in our opinion is not the legitimate Vice-Chancellor anymore but in fact a criminal on the run. Instead of conducting meetings and passing objectionable resolutions, he should immediately surrender to the police. 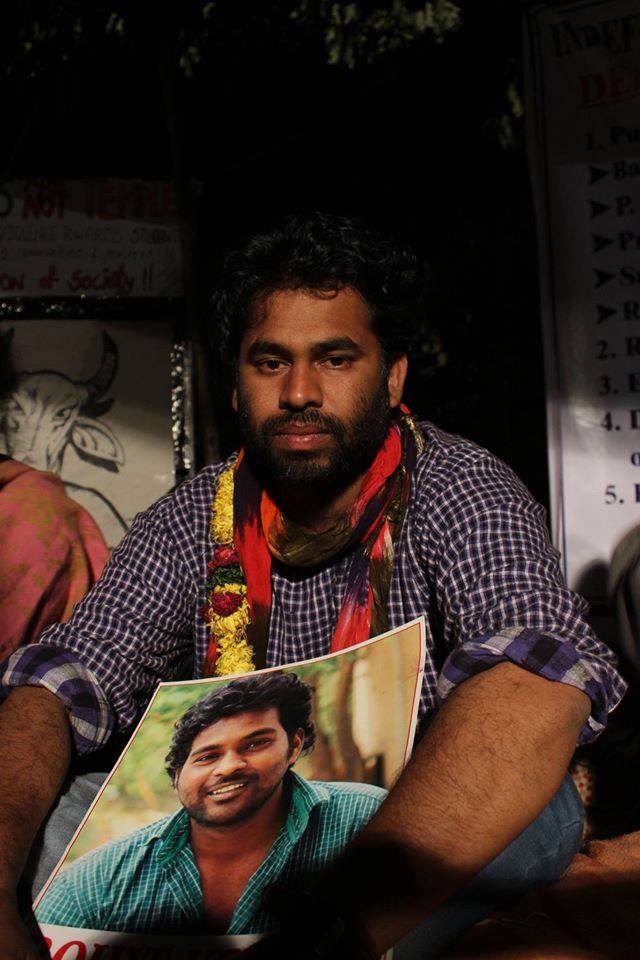 3. 3. We seriously object and reject the word “termination” of punishment. The word termination entails that it was a just and fair process of inquiry. Besides, the punishment order is considered legitimate. The Joint Action Committee of Social Justice condemns this play with words and their attempt to sabotage the students’ movement. We demand an unconditional and immediate REVOCATION of the suspension. 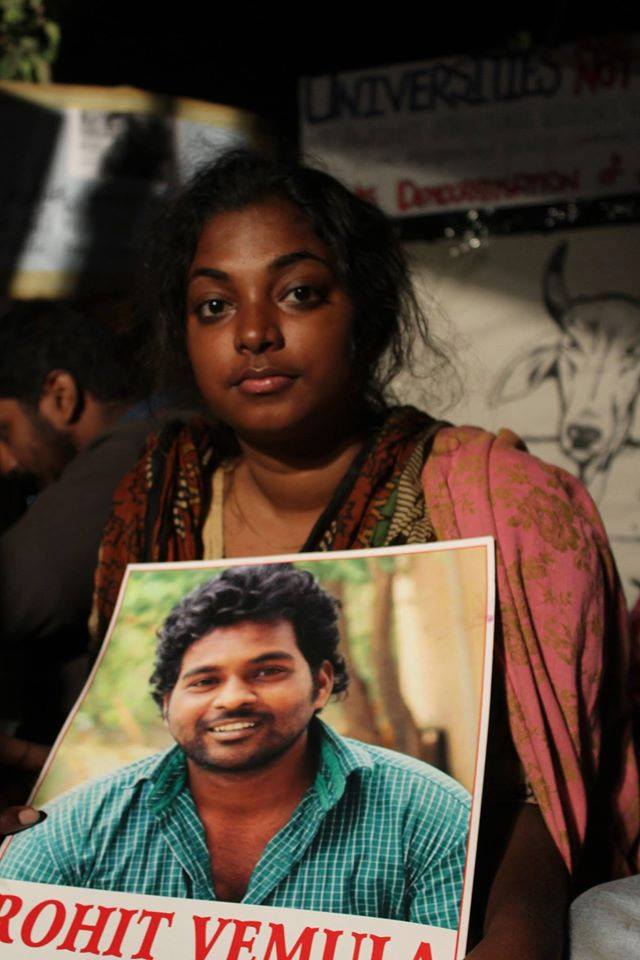 4. If this circular and the Executive Council minutes are possible at this “EXTRAORDINARY” moment at the university, WHY was it not possible much earlier when the Joint Action Committee for Social Justice and the larger student community asked for the same? The Vice-Chancellor and the MHRD have been giving the excuse that “THE CASE IS IN THE COURT”. What is enabling them to terminate the decision NOW? Isn’t the Vice-Chancellor a culprit charged with the death of Rohith Vemula?

5. The DSW Prakash Babu was initially an accused in the case filed by the ABVP President Susheel Kumar. However, he was co-opted in the Executive Council for Social Justice which took the arbitrary decision of suspension and social boycott. Joint Action Committee for Social Justice strongly believes and reiterates that the DSW is also a culprit responsible for the suspension of the five Dalit research scholars and the death of Rohith Vemula. It is humiliating for the protesting students to receive such a circular that justifies the actions of all the culprits.

6. It has been more than 72 hours that the FIR chargesheet has been filed on Bandaru Dattatreya, Prof. Appa Rao, Ramchandra Rao, Alok Pandey and Susheel kumar. Why is the Telangana state police not arresting the culprits booked under the SC/ST Prevention of Atrocities Act and for the abetment of suicide?

7. Joint Action Committee for Social Justice condemns the statements made by the ABVP president Susheel Kumar to the media. The deliberate attempt of rumour mongering and misrepresentation of facts surrounding Rohith’s death is highly insulting. The Vice-Chancellor Prof. Appa Rao gave a media byte stating that he would “consider” resigning if students and professors of University of Hyderabad demand it. We wonder if he is blind to the swelling crowds, professors, non-teaching staff and contract workers at the protest site (North shopping complex, UoH) as well as the resignation of SC/ST faculty members from their administrative positions.

8. Seven students of University of Hyderabad have been sitting on an INDEFINITE HUNGER STRIKE for two days. Implicated in the death of Rohith Vemula, Prof. Appa Rao Podile is now wilfully putting these students lives in danger. He never met the socially boycotted students, did not come to see Rohith Vemula even after his death, and is not coming even today when seven students of University of Hyderabad are on INDEFINITE HUNGER STRIKE and are going to step into the third day. We don’t consider him as our Vice-Chancellor anymore. Arrest the culprits. We reiterate our stand that we will continue our protests until all our five demands are met. 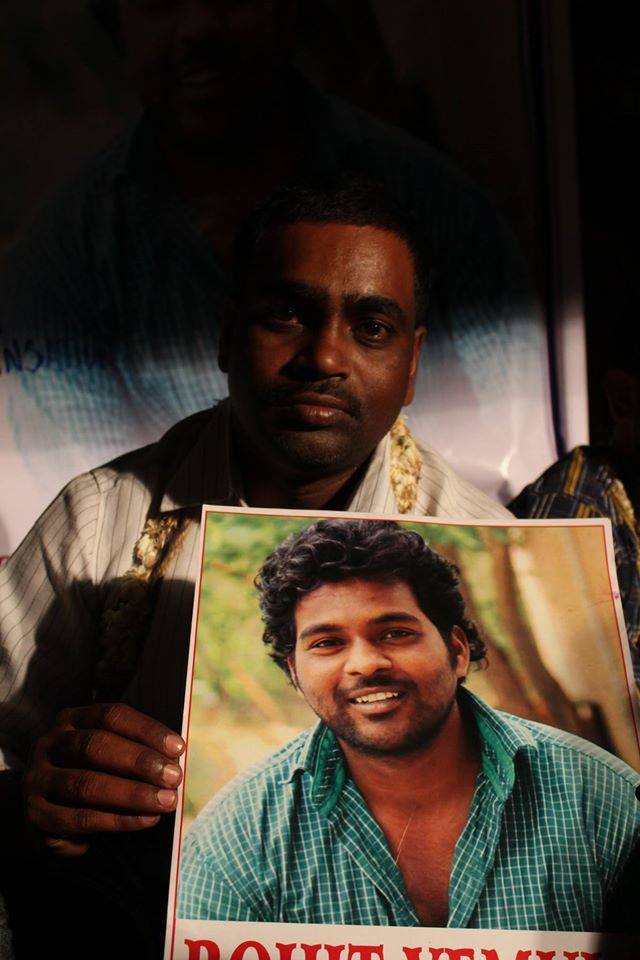