Ganesh N Devy, renowned literary critic and activist, and founder director of the Bhasha Research and Publication Center, Vadodara and Adivasi Academy at Tejgadh, Gujarat established to create a unique educational environment for the study of tribal communities. In 2010, he led the People’s Linguistic Survey of India, which has researched and documented about 780 Living Indian Languages. He was awarded the Padma Shri on 26 January 2014 in recognition of his work with denotified and nomadic tribes education and his work on dying languages.

He was honoured with the Sahitya Akademi Award in 1993 for his book After Amnesia. He has returned the same in solidarity with other acclaimed writers who have returned their honours from the Akademi and given up their positions at the organisation to invite the Indian government’s attention to the shrinking space for freedom of expression and speech in the country. 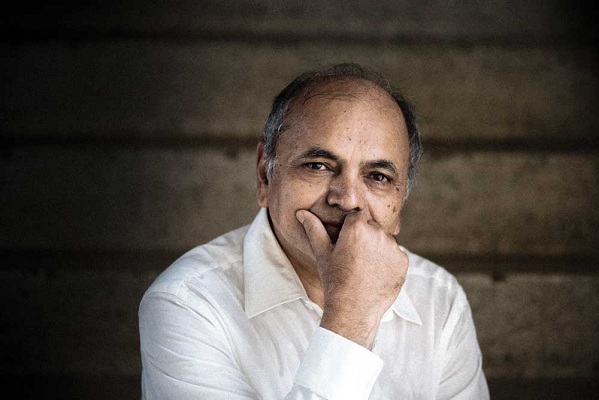 The text of his letter to the Akademi has been reproduced here:

It is with utmost regret that I convey to you that I wish to return the 1993 Sahitya Akademi Award given in the category of books in English to my  work After Amnesia (1992). I do this as an expression of my solidarity with several eminent writers who have recently returned their awards to highlight their concern and anxiety over the shrinking space for free expression and growing intolerance towards difference of opinion.

These eminent writers have already stated their concerns in statements sent to you as well as through media interviews and discussions. I need not, therefore, state again what has already been conveyed to you. However, I would like to add that I visited Dharwad in the first week of August, just three weeks before the shocking attack on the late Dr. M. M. Kalburgi which resulted in his death. I was there to deliver the First V. K. Gokak Memorial Lecture. You may recall that the high office that you hold at present, on behalf of the literary community of our country, was at one time held, among many other mighty predecessors, by V.K. Gokak. He was the Principle of Willingdon College during the years of the Independence movement. On one occasion, when the police came to arrest students, he stood at the entrance of the college, blocked their entry and asked them to first arrest him before they touched the students. It was this kind of concern for freedom that he brought to the institutions he headed. I hope you do not think that he was not sufficiently pragmatic.

When I gave the Gokak lecture, Dr. Kalburgi was still alive. Alas, he had to fall to the forces of intolerance. A week after his killing, I participated in a Seminar organized by the Sahitya Akademi. This was in Nagpur. I was to preside over the Inaugural Session. I was quite dismayed to see that the seminar began without a word of reference to the recent attack on a scholar honoured by the Akademi. Therefore, when my turn to speak came at the end of the session, I asked the audience if they would object to my observing a two-minute silence to mourn the dastardly killing. Please note that all of them stood up in silence with me. If our writers and literary scholars had the courage to stand up in Nagpur, I fail to understand why there should be such a deafening silence at Ravindra Bhavan about what is happening to free expression in our country.

I have personally known both of you as my seniors, and have admired your writings and imaginative powers. May I make bold to say that your moment of reckoning has come? I hope you will give this country the assurance that it is the writers and thinkers who have come forward to rescue sense, good-will, values, tolerance and mutual respect in all past ages. Had this not been so, why would we be remembering the great saint poets who made our modern Indian languages what they are today?   The great idea of India is based on a profound tolerance for diversity and difference.  They far surpass everything else in importance. That we have come to a stage when the honourable Rastrapatiji had to remind the nation that these must be seen as non-negotiable foundations of India, should be enough of a reason for the Sahitya Akademi to act.