Writer Nayantara Sahgal has returned the Sahitya Akademi honour presented to her for her 1986 novel “Rich Like Us”, to highlight the Indian government’s failure to safeguard cultural diversity in the country. As part of the act, Sahgal penned down a statement on October 6th, which was reproduced by the Indian Cultural Forum and can be read here. The President of the Akademi, in response to the act, questioned the credibility of the author and also made some remarks about the “profits” she received as part of the publication of the novel.

Reproduced below is the entire text of Sahgal’s letter to the President of the Akademi, which is a reply to his comments. 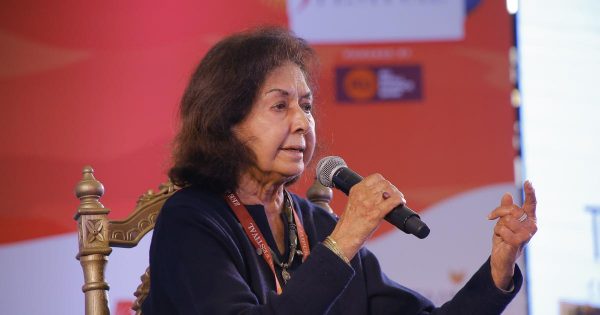 I am writing to you in response to your comments about me to the Indian Express of October 7th: “Her Award-winning book has been translated into several Indian languages. She earned all the profits. She can now return all the Award money, but what of the credibility and goodwill she earned through the Award?”

I have considered the Award a high honour, but my “credibility” had been established decades before 1986 through my long career as a writer, as had the “goodwill” and recognition I have received over many years in India and abroad. You have mentioned “profits”. The Award in 1986 would perhaps have been Rs. 25,000, but not more than Rs. 50,000. In consultation with Ashok Vajpeyi, who has also returned his Award, I am enclosing a cheque for one lakh rupees.

The fact that so many writers are returning their Awards or resigning from Akademi posts makes it clear how anguished we are that you have remained silent over the murder and intimidation of writers and the threat that hangs over dissent and debate. Has the Sahitya Akademi, like Pontius Pilate, washed its hands of its responsibility to safeguard our Constitutional right to freedom of speech?