In a letter to the Sahitya Akademi saying, “The Akademi has to stand with writers and uphold the freedom of expression guaranteed by the Constitution of India…”, and, “To writers like me, this is an issue of our basic freedom to live, think and write”, highly acclaimed Malayalam poet and critic K Satchidanandan has resigned from the Akademi’s General Council, Executive Board, and other positions, including Convenorship of the English Advisory Board, and membership of various committees.

Satchidanandan is also a member of the Indian Writers’ Forum, a translator, scholar, academic and editor. 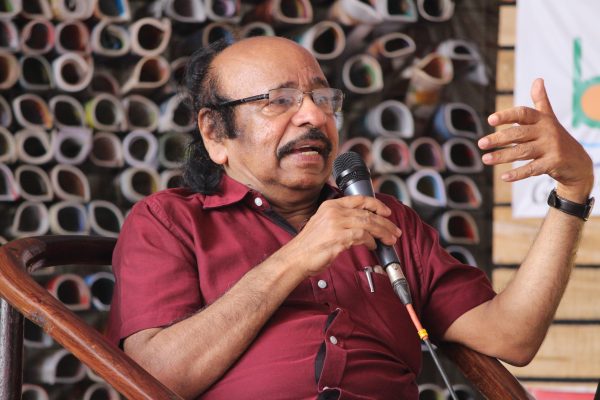 The full text of K. Satchidanandan’s letter is reproduced here:

It is with intense pain that I am writing this letter to you. As you are aware, I have been closely associated with the Sahitya Akademi for almost four decades – as a member of the Malayalam Advisory Board, as the Editor of its journal, Indian Literature, as its chief executive for a decade and, later, as a member of its General Council and Executive Board, and the Convener of the English Advisory Board.

I was always proud of this unique institution, conceived by great liberal minds like Jawaharlal Nehru, and nurtured by several dreaming minds in the country. I did everything possible to uphold and safeguard its autonomy, and to develop it as a national platform for dialogue among writers of all ideological persuasions, and from every part of India. I was happy that during my tenure as Secretary, I could launch several platforms for women writers, dalit writers, tribal writers and young writers; and extend the Akademi’s activities to languages not recognised by the Government of India and the Akademi. My efforts to enlarge the scope and reach of the institution, beyond its conventional beneficiaries and participants, was supported by the many Presidents with whom I worked, including the great writer and thinker U R Ananthamurthy. There were several moments of pride when the Akademi dared stand up against the Government of India when its moves went against the writers’ freedom of expression.

I had hoped that the Akademi would continue to uphold its liberal, open and democratic traditions. It was with this hope that I sent you a letter with the draft of a resolution expressing anguished concern at the dastardly murder of M. M. Kalburgi, a Sahitya Akademi Awardee and erstwhile Member; a rare scholar who edited several volumes of vachana literature in Kannada, and an independent mind that refused to tolerate bigotry of any kind. But to my great disillusionment, my letter as a member of the Executive Board did not even receive a reply from the Akademi, leave alone an active response.

I am sorry that the Akademi has failed in its duty to stand with writers and uphold the freedom of expression guaranteed by the Indian Constitution, a freedom which has been violated every day in recent times. Holding a ritual condolence meeting in a regional office, as the Akademi seems to have done, is hardly an adequate response to these recent attacks on the freedom of expression, followed by a series of murders of independent thinkers in different parts of the country. I am sorry to find that you think this is a “political issue”; to writers like me, this is an issue of our basic freedom to live, think and write. Annihilation should never be allowed to replace argument, the very essence of democracy.

I thank the Akademi for all that it has given me for the many years of my dedicated service. But as a concerned citizen and writer, my conscience does not permit me to continue on its General Council and its Executive Board. I hereby resign from all my positions in the Sahitya Akademi, including the Convenorship of the English Advisory Board, and the membership of its several committees such as the Finance Committee, the Grants Committee and the Building Committee.