In a letter to the Sahitya Akademi, Shashi Deshpande has offered her resignation out of “a sense of strong disappointment” with the Akademi’s failure to protest the murder of one of its own community of writers, M.M. Kalburgi.

Eminent writer Shashi Deshpande, a member of the Indian Writers’ Forum, has written several novels, short story and essay collections, and books for children. She won the Sahitya Akademi award for her novel That Long Silence in 1990 and the Padma Shri award in 2009.

The full text of Shashi Deshpande’s letter is reproduced below. 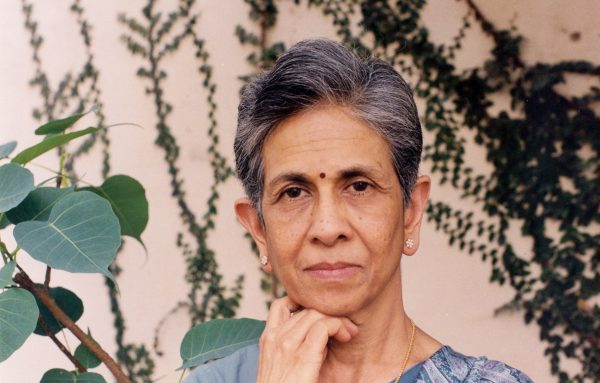 When I heard in November 2012 from the Sahitya Akademi that I had been nominated to the General Council of the Akademi in the individual category of writers, I felt honoured. I have always respected the Sahitya Akademi’s role as the single institution in India that brings together all the Indian languages under one umbrella, at the same time giving each language its rightful place and dignity.

Today, I am deeply distressed by the silence of the Akademi on the murder of Professor M. M. Kalburgi. Professor Kalburgi was a noted scholar, and a good and honest human being; he was also a Sahitya Akademi awardee and a member of its General Council until recently.

If the Akademi, the premier literary organisation in the country, cannot stand up against such an act of violence against a writer, if the Akademi remains silent about this attack on one of its own, what hope do we have of fighting the growing intolerance in our country? A few tame condolence meetings here and there for a member of our community cannot serve the purpose.

Sadly, it has become increasingly important to reaffirm that difference of opinion cannot be ended with a bullet; that discussion and debate are the only way a civilised society resolves issues. It has also become clear that writers, who are supposed to be the conscience-keepers of society, are no longer considered intellectual leaders; their voices no longer matter. Perhaps this is the right time for writers to reclaim their voices. But we need a community of voices, and this is where the Akademi could serve its purpose and play an important role. It could initiate and provide space for discussion and debate in public life. It could stand up for the rights of writers to speak and write without fear; this is a truth all political parties in a democracy are supposed to believe in. Silence is a form of abetment, and the Sahitya Akademi, which should speak for the large community of Indian writers, must stand up and protest the murder of Professor Kalburgi and all such acts of violent intolerance.

In view of the Akademi’s failure to stand up for its community of writers and scholars, I am, out of a sense of strong disappointment, offering my resignation from the General Council of the Sahitya Akademi. I do this with regret, and with the hope that the Akademi will go beyond organising programmes, and giving prizes, to being involved with crucial issues that affect Indian writers’ freedom to speak and write.