Nayantara Sahgal, renowned writer and niece of Jawaharlal Nehru, is known for her upright and outspoken political views. She took a firm stand against Indira Gandhi’s Emergency and, ​in more recent times, she has spoken out on the interconnections between culture and politics.

Today, October 6, 2015, she has decided to return her Sahitya Akademi Award which she received in 1986, in protest against the failure of the state to safeguard Indian cultural diversity, and protect ​all those who dissent ​from the ruling ideology of Hindutva.

We reproduce her statement below. 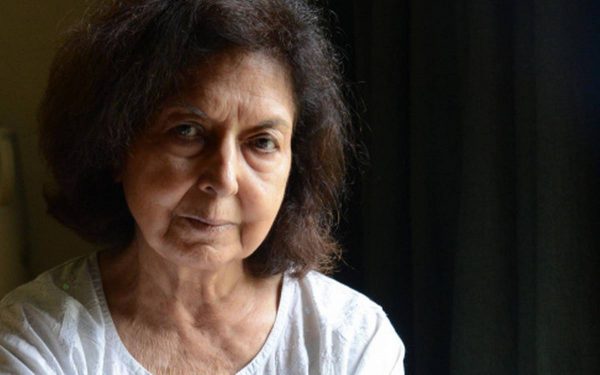 The Unmaking of India

In a recent lecture, India’s Vice-President, Dr. Hamid Ansari, found it necessary to remind us that India’s Constitution promises all Indians “liberty of thought, expression, belief, faith and worship.”The right to dissent is an integral part of this Constitutional guarantee. He found it necessary to do so because India’s culture of diversity and debate is now under vicious assault. Rationalists who question superstition, anyone who questions any aspect of the ugly and dangerous distortion of Hinduism known as Hindutva – whether in the intellectual or artistic sphere, or whether in terms of food habits and lifestyle – are being marginalized, persecuted, or murdered. A distinguished Kannada writer and Sahitya Akademi Award winner, M.M. Kalburgi, and two Maharashtrians, Narendra Dhabolkar and Govind Pansare, both anti-superstition activists, have all been killed by gun-toting motor-cyclists. Other dissenters have been warned they are next in line. Most recently, a village blacksmith, Mohammed Akhlaq, was dragged out of his home in Bisada Village outside Delhi, and brutally lynched, on the supposed suspicion that beef was cooked in his home.

In all these cases, justice drags its feet. The Prime Minister remains silent about this reign of terror. We must assume he dare not alienate evil-doers who support his ideology. It is a matter of sorrow that the Sahitya Akademi remains silent. The Akademis were set up as guardians of the creative imagination, and promoters of its finest products in art and literature, music and theatre. In protest against Kalburgi’s murder, a Hindi writer, Uday Prakash, has returned his Sahitya Akademi Award. Six Kannada writers have returned their Awards to the Kannada Sahitya Parishat.

In memory of the Indians who have been murdered, in support of all Indians who uphold the right to dissent, and of all dissenters who now live in fear and uncertainty, I am returning my Sahitya Akademi Award.