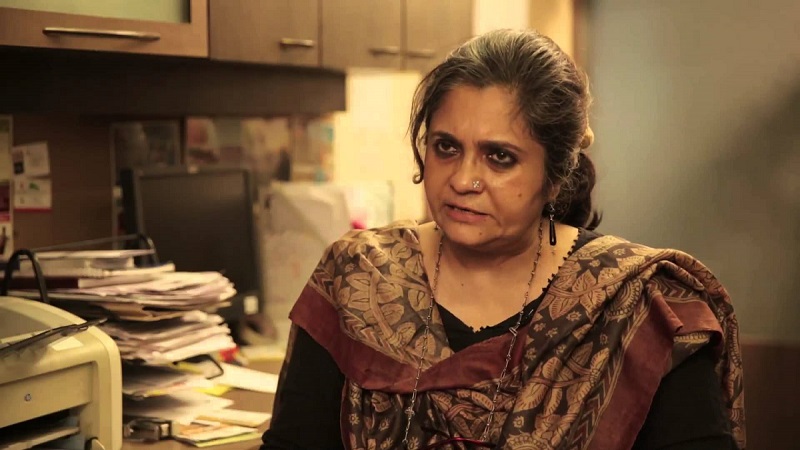 As Teesta Setalvad prepares to appear for her bail hearing before the court of Additional Sessions Judge DD Thakkar on Friday, July 8, more and more legal luminaries, activists, academics, journalists and influential human rights groups have showcased support for her.

In an opinion piece for The Wire, human right lawyer Prashant Bhushan rights, “The arrest of human rights activist Teesta Setalvad and R.B. Sreekumar, the former additional director general police, by the Gujarat Anti-Terrorism Squad on the basis of a first information report (FIR) that copiously draws on the Supreme Court judgment in the Zakia Ehsan Jafri case is patently malafide.” In the piece titled Zakia Jafri Case: Another ‘Arresting’ Judgment in Favour of BJP and Narendra Modi Bhushan refers to the Supreme Court’s remarks about Setalvad and other whistleblowers, and goes on to say, “Such an order is unprecedented for a constitutional court that is tasked as the custodian of people’s fundamental rights and is mandated to be a neutral arbiter of justice at the highest level. It is appalling for the Supreme Court to openly prod the authorities to bring to book those who fearlessly and selflessly undertook a difficult battle against the State and police authorities at all levels of the judiciary for many years, with the hope to bring justice to the victims of the 2002 Godhra riots.” The entire piece may be read here.

Another legal luminary, Justice Madan B Lokur, a former judge of the Supreme Court, wrote a piece for The Wire titled Condemned by Innuendo: Some Questions on the SC Order That Led to Teesta Setalvad’s Arrest, and asked, “Did the Supreme Court intend or suggest that Teesta Setalvad should be arrested?” He says, “Whatever your answer, the implications are horrendous,” adding, “If your answer to the question is ‘yes,’ don’t you think it is tragic that the Supreme Court has taken upon itself to unilaterally decide who should be arrested and why? That is certainly not the jurisdiction of the Supreme Court, as we know it, except in the case of contempt of court. And, even in a case of contempt, the Supreme Court hears the alleged contemnor before judgment and arrest.” Then he examines the possibility that the SC did not suggest Teesta Setalvad’s arrest and requests them to “please explain or get someone to explain what prompted the Anti-Terrorism Squad to drive or fly down to Mumbai to arrest Teesta?” The entire piece may be read here.

Delhi University Professor Apoorvanand, who has himself faced the wrath of a vindictive regime, has also penned a piece about Setalvad in Scroll. In the piece titled How India has become a land of conspiracies that turns warriors battling injustice into villains, he refers to the SC’s observations in the Zakia Jafri case and writes, “We are in a world in which language is puffed up to appear as bombastic as the alleged action itself. Reading FIRs and charge sheets filed by the Indian police always violates one’s linguistic sensibility. Now court judgments have started competing with them.” He adds, “What is common to all these is that the victims of violence or the people speaking on their behalf or working to secure justice for them have themselves been turned into conspirators. They have been accused of conspiring against the state itself, either to defame it or destabilize it. The state and “the leader” have become synonymous.” The entire piece may be read here.

Gujarat High Court advocate Anand Yagnik also held a meeting at his office that was attended by other lawyers, civil society members and journalists. He was quoted by media persons as saying, “This order, particularly the questionable observations, go beyond the jurisdiction of the Supreme Court. The Supreme Court had only one point to decide on — whether an FIR had to be registered or not (against the then state functionaries who had allegedly derelicted their duty). The Supreme Court at the most could have said that there is no prima facie evidence on the basis of the investigation by SIT for registering an FIR.” He further asked, “We have never ever come across an instance in a judgement delivered by the Supreme Court which says ‘it (pursuing legal remedies) is malicious’. Where is the ground for them to say it is malicious?”

At the same gathering senior Supreme Court advocate Kamini Jaiswal reportedly said that the observations of the Supreme Court in para 88 of the judgment were “completely illegal, unconstitutional and violates every tenet of law and fundamental rights.”

In an opinion piece in NDTV, senior journalist Sagarika Ghose pointed out the curious coincidence of Teesta Setalvad’s arrest taking place on the anniversary of the day Emergency was declared in 1975. In the piece titled Opinion: Teesta Setalvad’s Arrest Shows Spread Of “Emergency Mindset”, Ghose writes, “The timing was eerie. On June 25, 1975, Indira Gandhi imposed the Emergency. On that very day, over four decades later, on June 25, 2022, civil rights activist Teesta Setalvad was dragged out of her Mumbai home by the Gujarat police which barged into her house and marched her out into a waiting police jeep. On the same day, former Gujarat police officer RB Sreekumar was arrested in Ahmedabad. As India recalled the 1975 June day when Indira Gandhi’s police hauled dozens of Opposition politicians and journalists to jail, in a stark reminder, on the same day, India again saw state power bearing down on an individual citizen.” The piece may be read here.