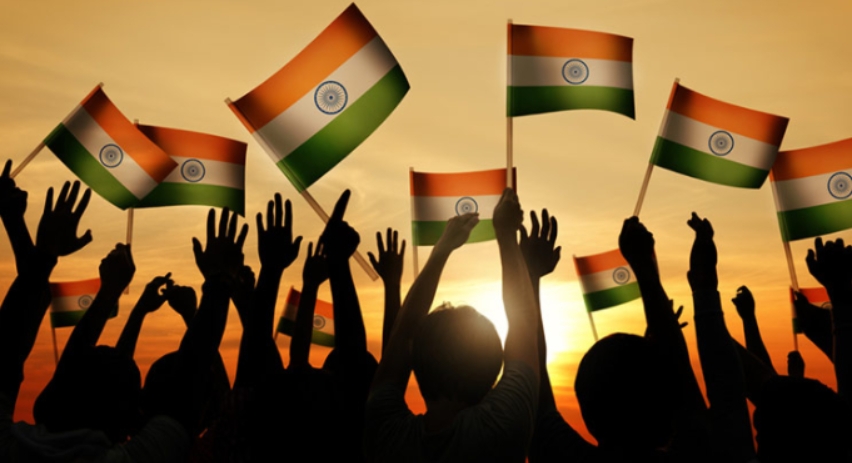 Among the more important books that I read in Hindi during my stay in Trinidad are Rahul Sankrityayan’s-‘Ghummakad Swami’ (The Traveler Hermitage) and ‘Aaj Ki Samasyayen’. Both these are not available these days and a photocopy was gifted to me by Dr. P.N.Vidyarthi, when I visited his house in Ranchi in 2007 or 08.

Ghummakad Swami is a semi-autobiographical account or Sankritayayan’s travelogues, which included a Punjab travelogue in 1919, when the Jallianwalabagh massacre took place. Very few people know that Sankrityayan had deep knowledge about pre-Partition Punjab too.

‘Aaj ki Samasyayen’ is a 1945 book, and includes four important articles — Pakistan ya jatiyon ki samasaya (Pakistan or Problem of Nationalities), Matar Bhashayon ki samasya (Problem of Mother Tongues, Pragatisheelta ka Prashan (Question of Progressivism) and Aaj ka sahityakar (Writer of Today). The book is really enlightening, it explains in a very rational and objective way how the creation of Pakistan became inevitable.

Sankrityayan rightly blames the Hindu majoritarian fundamentalist attitude of treating the Muslim community like untouchables and also Hindu capitalists not allowing Muslim capitalists to have share in national wealth. Partition was made inevitable by both the communities’ ruling feudal and bourgeoise classes, because the Hindu ruling classes were not ready to share the appropriation of wealth from the Muslim ruling classes in a fair manner. And they did not allow Muslim community members into Hindu kitchens or used to serve them food/water in separate utensils even among friends.

Sankrityayan rightly asks: Which self-respecting person will tolerate this treatment? And, he predicted the fallout of Bangladesh at that very time. In his opinion, language is at the core of the nationality issue, though religion also is a strong factor and geography, too. This became true in the case of creation of Bangladesh in 1971. Sankrityayan counted 73 nationalities in India in 1945 and 11 in the proposed Pakistan at that time.

The article, Matar Bhashayon ki samasayen, also deals with the sensitive issue of mother tongue. Sankrityayan is against Hindi’s domination over mother tongues like Bhojpuri, Maithili, Santhali etc. People, and my friends like Prof. Amarnath Sharma, should read this article to understand the language sensitivity of people that can explode if any oppression of their language is done.

This also made me realise that Mahatma Gandhi and Premchand conceived that Hindustani is no more possible or feasible except in verbal communication. The existence of Hindi and Urdu as two closely linked but separate languages should be accepted, yet young children can easily learn both the languages easily if this is made part of school curricula.

Rahul Sankrityayan was a versatile writer-activist. Born in 1893, he lived up to 1963, completing 70 years of life. From a traditional Hindu family, to becoming a monk, then Arya Samajist, then Buddhist and finally a Marxist, he authored/edited/translated nearly 150 books in Hindi, Pali, English and Tibetan.

Sankrityayan travelled a lot and his book ‘Ghummakad Shashtra’ is traveller’s guide book. He travelled on foot/ponies/buses/trains/ships/by air and visited many countries. He was a professor in Sri Lanka and perhaps in the erstwhile Soviet Union as well, where he married and his progeny lives there (his Russian wife-born son also died). His Indian wife Kamala Sankrityayan died a few years ago. His son and daughter Jaya and Jeta live in India.

Sankrityayan faced lathi blows along with writer Nagarajun during the peasant movement in Bihar and served many months in various jails. When I get bogged down with my multifarious activities, then his life shows me the way. He could start writing four books at a time.

A very significant book that I read and  which literally shook me is an old classic — Dinabandhu Mitra’s Bengali play ‘Neel Darpan’ , written in 1860, just three years after the First Indian War for Independence took place. The play exposes British colonial cruelties on the Indian people, who destroyed Indian peasants for doing indigo farming. The kind of cruelties committed and described in this 90-page play reminded me of Abhimanyu Anat’s ‘Lal Pasina‘ set in Mauritius that exposed the brutal cruelties on Indian indentured labour taken to that country by the British.

There are similar stories of cruelties on Indian indentured labour in Trinidad & Tobago, where I was based and also in Suriname, Guyana and Fiji. So has been the case in South Africa and other African countries colonised by the British those days.

Neel Darpan was translated into English by a British Christian priest and he was jailed for that. The play was performed in theatres in Calcutta in 1872 for the first time and despite ticketed entry, large crowds turned up to watch it. This play has become relevant again now, when under the neo liberal/colonial policies, peasant lands are again being snatched in favour of multinational companies to establish industries. I wish someone translated this play in Punjabi.

Another significant, though controversial novel of 1961, is again a translation from Bengali, called ‘Plassey ka Yudh’ by Tapan Mohan Chattopadhyaya. It is a history-based novel, but underlines historic dates and incidents perhaps accurately. It is written from the anti-Sirajudaulah angle and, in a way, supports the rise of British occupation of India led by Robert Clive. But, it attacks British myths, like Calcutta’s blackhole story, where, in the writer’s view, not more than 30 Britishers died, but Sirajudaulah had no hand in it. Though the Britishers propagated it as brutality by Sirajudaulah, and gave the figure of the dead as around 150.

During the 1857 War of Independence, therewas another blackhole in Ajnala in Punjab, where the British Deputy commissioner at that time made 257 Indian freedom fighters die of suffocation. The Britishers created a monument to a false blackhole, but the Indian government has nothing to show the Ajnala blackhole as a reminder of colonial brutalities.

An interesting feature of the 1757 Plassey war actors have been their personal tragedies. Starting with Sirajudaulah, who lived for just 25 years, which included 14 months of being the Bengal Nawab,  and was murdered in the most brutal and cruel manner. Mir Jafar, the traitor, who was also a close relative of Siraj, died in 1765 due to leprosy, and was hated by everyone, even his sons. Meeran, who killed all the close relations of Siraj in fear of the Nawab’s throne being passed on to them, died of lightning. Maharaja Nand Kumar was hanged.  British Admiral Watson did not survive even two months of the Plassey war and was buried in St. John graveyard. The ‘hero’ Clive, who looted Rs 21 lakh from the Plassey war, killed himself on November 22, 1774. Almost a similar fate was met by the Jallianwalabagh mass murderer, General Dyer.

The 400-page first part of ‘Aahan’ has been published 17 years after Gurdial Singh’s last novel ‘Parsa’ was published. Its second part should have come by now, but seems to have been delayed. This novel also narrates the story of British colonial power’s destruction of the peasantry and a village Karamgarh near Jaitu. Set after the Praja Mandal movement in the 1936-40 period, the novel also depicts the cruelties of the colonial police at its worst. When peasants have nothing to eat due to a locust attack that destroys crops in the whole village, the British masters are bent upon charging annual land tax from peasants.

Gurbachan Bhullar’s travelogue of America is an example of objective observation of a country about which there are a lot of prejudices. Written in an interesting style, I liked the book a lot, but was surprised with Bhullar’s depiction of how Khalistanis had overtaken the Ghadar party’s Stockton Gurdwara and dumped all the Ghadarite fighters’ photographs, which did not create any ripples in Punjab, even among the Leftists.

Government occupation of Yugantar Ashram – the Ghadar Party HQ in San Francisco — not being opened daily is another shocking fact that did not seem to have bothered anyone. It should be protested strongly in my view in India and abroad by all right–thinking Punjabis and Indians.

Swarajbir’s play focuses on pauperisation of  Punjab‘s peasantry in recent times and their fate in foreign countries, where they try to escape. Though realistic, this play is not as impactful as his earlier plays, such as Dharamguru and Krishna.

Atamjit’s play opens our eyes to the great Indian freedom fighter in Kenya-Makhan Singh, whose sacrifices were recognised even by Jomo Kenyatta, the first President of independent Kenya, but whose role was soon to be forgotten by Kenya as well as India. This play has a good look at history, but Atamjit has unnecessarily tried to undermine the character of a revolutionary by making his character overplay the Gandhian philosophy.

Nand Singh Mehta’s Suhe Rahan da Safar-Trails of Red Path is neither an autobiography nor a novel. It would have been better if he had written plain memoirs of the Naxalite movement in the Bathinda area, where he was an activist. Incidentally, I was an observer during some of his narrations.

Apart from Hindi, Punjabi and English readings, I kept on practicing Urdu reading by way of Ibne Kanwal edited ‘Muntakhib Ghazaliyat’. This is a collection of Urdu ghazals, from the beginning to the contemporary period.

The world of books is like an ocean, and no one can ever think of swimming through all the waters, yet one is always tempted to read more and more. For academic/professional/creative writers, it becomes even more difficult to indulge in the luxury of just reading for pleasure. So, some hard choices need to be made. A reading selection has to be made. I cannot finish reading my own purchased books, even if I get 20 more years of healthy life. And I know that I will have to donate most of my books to some good libraries, if I don’t want these to go waste. (I have already set up Bhagat Singh Archives and Resource Centre in Delhi Archives in 2018, and am gifting nearly 2,000 books, journals and other documents on freedom struggle)

Now I want to write on some of these books. Very few academics have interest in writing, especially on the history of the revolutionary stream of the freedom movement. It is not my academic area or study, yet I find it more attractive than my own professional area, literature. I have lost interest in fashionable and abstract theories of the academic world, whether in literature or social sciences, and just wish to record the hard facts/events of some aspects of the freedom struggle, long neglected or written in a distorted manner by vested interests.

First published in Newsclick.
Chaman Lal is a retired Professor from JNU and Honorary Advisor to Bhagat Singh Archives and Resource Centre, New Delhi. He writes on some important books for Newsclick.