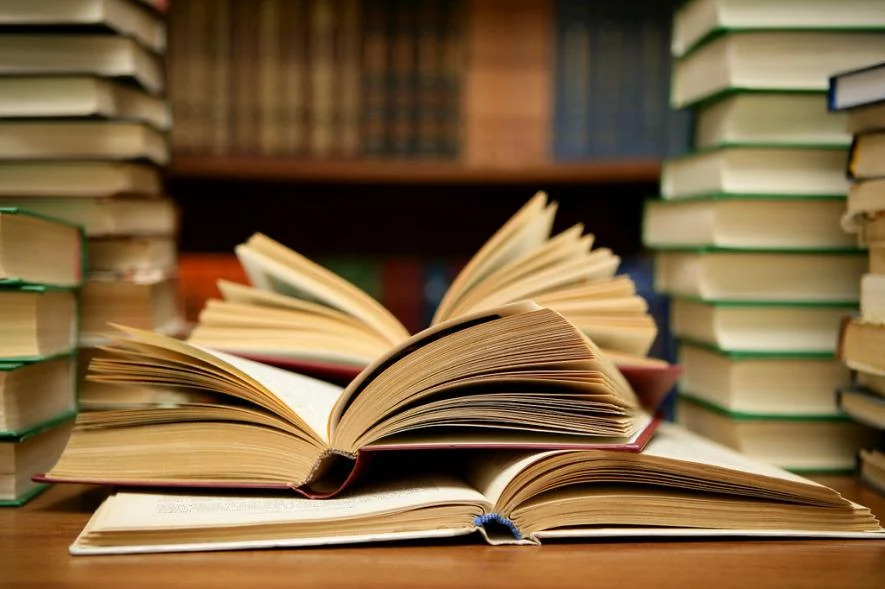 When did I start reading books in life, apart from course books? In my childhood, I used to go to a public library and another open kind of newspaper reading place in my hometown, Rampura Phul, in Bathinda district of Punjab. I used to read Hindi and Punjabi children’s magazines like ‘Chandamama’, ‘Bal Sandesh’ or Hindi/Punjabi newspapers and the children’s sections. After matriculating, I was not able to join any college, and went to stay at my elder sister’s place in Abohar in Ferozepur district.

Abohar, incidentally, was a much better-known town before 1947. Eminent Hindi writers and national leaders during the freedom struggle used to visit Sahitya Sadan there. My brother-in-law arranged for me to work as a trainee worker in Bhiwani cotton mills. I tried for a month or so but could not adjust with factory work. But during my stay in Abohar in 1962 or so, I got into the habit of reading spy or jasoosi novels in Hindi. There was a shop in Abohar, which stored hundreds of such novels and charged one anna (6 paise today) per day for reading. Sometimes I used to read more than one novel a day. Many of these were monthly publications like ‘Jassosi duniya’ etc.

After I returned to Rampura Phul, I started helping my father in his shop. I started going to the library again and sometimes browsed English papers, mainly ‘The Tribune’, particularly film advertisements or sports pages, since I used to listen to cricket commentaries on the radio. Names of Salim Durrani, Chandu Borde, Vijay Manjrekar, Polly Umrigar, Bapu Nadkarni from India and Gary Sobers, Gibbs, Clive Lloyd, Rohan Kanhai etc from West Indies, had etched in my mind.

When Pandit Jawaharlal Nehru died in May 1964, the shop was closed for two days, one on his death day and another when his ashes were immersed. I think at that time I became a member of the public library and the first book I issued out of the two issued at that time was Premchand’s novel Godaan. Perhaps Premchand’s autobiographical story ‘Mera Jivan’ in school curricula made a deep impact on my adolescent mind. I read the novel in a single day or maybe two days, but that set my standards for literary reading. I tried to read Punjabi novels by Nanak Singh and Jaswant Kanwal, but could not continue, as novels in Hindi by Premchand and other writers gave me more aesthetic pleasure than Punjabi novels.

The public library in Rampura Phul was established during the freedom struggle and has a rich collection in Hindi, Urdu, English and Punjabi. I tried reading the Urdu copy of ‘Godan’ with my father, who was middle pass those days and was not allowed by my grandfather to accept a schoolteacher’s job in 1933 at Rs 18 a month. My father could not be attuned to literature, but continued reading his favourite Urdu daily, perhaps ‘Hind Samachar’. Since that day, my reading has never stopped and that helped me become what I am today.

I started buying books other than course books in the late 60s, when I became a schoolteacher in 1967. I became a member of Hind Pocket Books. Those days in Re 1 one got good paperbacks. I translated one of these books in Punjabi from Hindi in my early phase of writing—it was Manmathnath Gupt’s ‘Bharat Ke Krantikari’, sketches of 16 or 18 revolutionaries. It was serialised by Ghadarite Baba Gurmukh Singh who edited ‘Desh Bhagat Yaadan’ from Desh Bhagat Yaadgar Hall Jalandhar. Some pieces were published in ‘Preetlari’, Aarsee‘ journals also.

Unfortunately, in the police raids in the 1970s to suppress the Naxalite movement, even the Ghadar Party memorial could not preserve its records and those issues of Desh Bhagat Yadan, edited by such legendary Ghadarite Gurmukh Singh Lalton, were lost. Perhaps out of fear, I did not preserve those issues, and only five or of those sketches are with me that were published in some literary or government journals.

While doing M.A. in Hindi and Punjabi, I bought lots of books. During my incarceration in Bathinda jail for seven months during the Emergency of 1975-77, the best part was reading huge novels like those of Sarat Chandra. My weekly supply of books came from the public library in Rampura Phul.

Bulk buying of books started when I became a research scholar in Jawaharlal Nehru University (JNU) in 1977 and started getting a fellowship. Every hostel room in JNU has a bookshelf and not having books on the shelf meant being a lesser being in that culture. I always spent more than what I received as contingency grant for purchasing books. It gave immense pleasure to own a book which was considered important, whether literature or any other discipline. Faculty members and JNU students would stand at Geeta Book Shop in the Kamal Complex market every evening to look for new titles and join the race to buy first.

I had so many books in my collection that when I left for Bombay in 1982 to join as Hindi officer, I left a big collection in my room with my friend Shashi Bhushan Upadhyaya (now Professor in History at IGNOU, New Delhi) and one of the painful chapters of my life is that many of these books were lost when JNU was closed sine die in 1983 and Shashi was one among arrested and later rusticated. Students were not able to preserve their precious books, because hostels were vacated in a very rough manner.

I continued buying books after I joined the job. It became a habit, a continuation of the Geeta Book Shop culture. But conditions changed after 1985, when I joined as lecturer in Hindi at Punjabi University, Patiala. The purchase of books increased, adding Punjabi books to my collection apart from Hindi and English. But, after a few years, there was a gap in my buying books and reading them. I never depended on the library for my personal or professional need of books, I preferred to buy. Yet, with family life and professional engagements and socialising with colleagues, participating in teachers’ movement, and with the entry of television in life, reading got affected. The  gap between purchase and reading of books kept widening, and with a lot of magazines coming up in Hindi, Punjabi and English, the demand/urge for writing further affected my reading. So much so that even after rejoining JNU, the situation did not improve. Rather, it worsened with the entry of computers with internet facility. Now, the situation is that while my purchase of books never stopped or slowed, even after retirement without pension, my reading has further diminished.

While joining The University of West Indies (UWI), Trinidad & Tobago in 2010-11, my one temptation was to read many books that I felt I must read and also see films. So, I brought more than 500 books and about 100 or so film DVDs there, knowing it would not be easy to fulfill the desire, as I had a task at hand — complete at least one major manuscript and travel to a lot of countries nearby.

So, my reading of books restarted after reaching Port of Spain. It started with a pile of Hindi, Punjabi and English magazines, which I mostly scanned, including two important issues of Journal of Literature &Aesthetics focused on Indian dalit literature in Marathi, Oriya, Punjabi, Tamil, Telugu, Bengali, Gujrati, Hindi, Kannada and Malayalam. Edited by Dr. D.Sreenivasan from Kollam in Kerala, this was a good literary journal. In scanned issues of Summer Hill Review, Law Animated World, Mainstream, Frontline, and Frontier in English; Filhal, Virsa, Sirjana and Chirag in Punjabi and Tadbhav,Shesh, Parikatha,Naya Gyanoudey, Vasudha, Samkallen Janmat,Aalochna and Apeksha in Hindi.

Leo Tolstoy’s classic novel ‘Anna Karenina’ is my favourite, too, after reading its summary in Hindi in ‘Naya Gyanoudey’. Since my books were to arrive by courier a few days later, I got some books from the Indian High commission library there. Before that, famous Hindi writer and Professor in Hindi, Susham Bedi (she died in the beginning of COVID-19), gifted her books-Chidiya Aur Cheel’ (stories) and ‘Shabdon ki Khidkiyan'(poems) to me in New York. I also got her novel ‘Havan‘ from the High Commission library to complete reading her writings in poetry, and fiction.

First published in Newsclick.
Chaman Lal is a retired Professor from JNU and Honorary Advisor to Bhagat Singh Archives and Resource Centre, New Delhi. He writes on some important books for Newsclick.