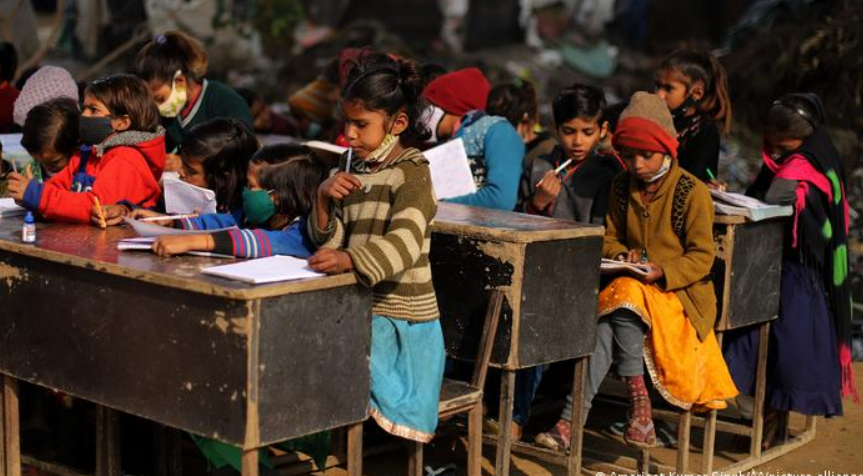 A controversy has erupted in recent days in the southern Karnataka state, ruled by Prime Minister Narendra Modi’s Bharatiya Janata Party (BJP), over revisions of school textbooks, with detractors slamming the government for trying to promote its Hindu nationalist agenda through the changes.

The extent of the changes is not yet known, as the books have not been made public.

But media report that chapters on such social reformers as Periyar and Narayana Guru; Bhagat Singh, an Indian freedom fighter executed by British authorities in 1931; and other figures have been removed from the syllabus.

It has also been reported that the curriculum will include a speech by K H Hegdewar, the founder of the Rashtriya Swayamsevak Sangh, or RSS, a sprawling Hindu nationalist organization with some 5-6 million members.

The RSS, where Modi began his political career, has close ideological and organizational ties to the BJP.

‘A MATTER OF GREAT CONCERN’

BJP-ruled states such as Gujarat, Uttarakhand and Haryana have also announced the introduction of the Hindu holy book, the Bhagavad Gita, to the school curriculum beginning in the upcoming academic year.

“The National Education Policy will be implemented in the upcoming session. We will be including Vedas, Gita, Ramayana and the history of Uttarakhand in the syllabus after taking suggestions from the public and consulting the academicians,” Uttarakhand Education Minister Dhan Singh Rawat announced in May.

INDIA SEES RISE IN CLASHES BETWEEN HINDUS AND MUSLIMS

Education experts, government critics and opposition political parties have sharply criticized the BJP for the proposed changes, arguing that it is an effort to rewrite Indian history in a way that aligns with the party’s worldview.

“The proposed changes in school textbooks at the state level in Gujarat and Karnataka is a matter of great concern, as clearly it is not academic considerations but the politics of our times that is the deciding factor,” R Mahalakshmi, professor at the Center for Historical Studies at the Jawaharlal Nehru University in Delhi, told DW.

Since Modi came to power in 2014, Hindu right-wing groups such as the RSS have expanded their influence across much of India’s government, particularly over new education policies, opponents of the BJP say.

The committee noted that many of the historical figures and freedom fighters have been portrayed in “an incorrect manner as offenders” and this “wrong portrayal should be corrected” in history textbooks.

It also suggested that ancient wisdom, knowledge and teachings from ancient Hindu scriptures such as the Vedas should be included in the school curriculum.

“There is no truth that we are changing the syllabus to suit our ideological stance,” Sahasrabuddhe told DW.

“Did Congress not have a political agenda when it rewrote the syllabus to keep an eye on vote bank politics?” he said, referring to the Indian National Congress, the country’s main opposition party.

“We are portraying the right history to people and this is a project long overdue,” he said. “School textbooks play a key role in shaping up the mindset of children,” he added, “so it is important to update them from time to time.”

Mahalakshmi said it was a “blatant attempt to present an obscurantist and sectarian view” of history.

“The bogey of the neglected and marginalized histories, events and figures is simply a way of inserting communal and politically motivated elements into the school curriculum,” she said.

In Karnataka state, critics of textbook revisions are planning to take to the streets next week in protest.

In an open letter, prominent figures from across the state, including academicians and writers, have questioned the proposed changes, arguing that such decisions should not be made by political actors but by the experts in the field.

Historian Narayani Gupta said any revision of school books should be done only after thorough research and with the aim of improving the quality of education.

“Curriculum or textbook changes should be made after due notice. Any innovation should be in use for at least five years. There should be forms online where individuals can give opinions,” she told DW.

“There is not enough consultation with schoolteachers, no vetting of textbooks, overlong chapters and no room for imagination. Hurting sentiments is not a valid reason for changes in textbooks,” she said.