The Unlawful Activities (Prevention) Act and a long way to justice 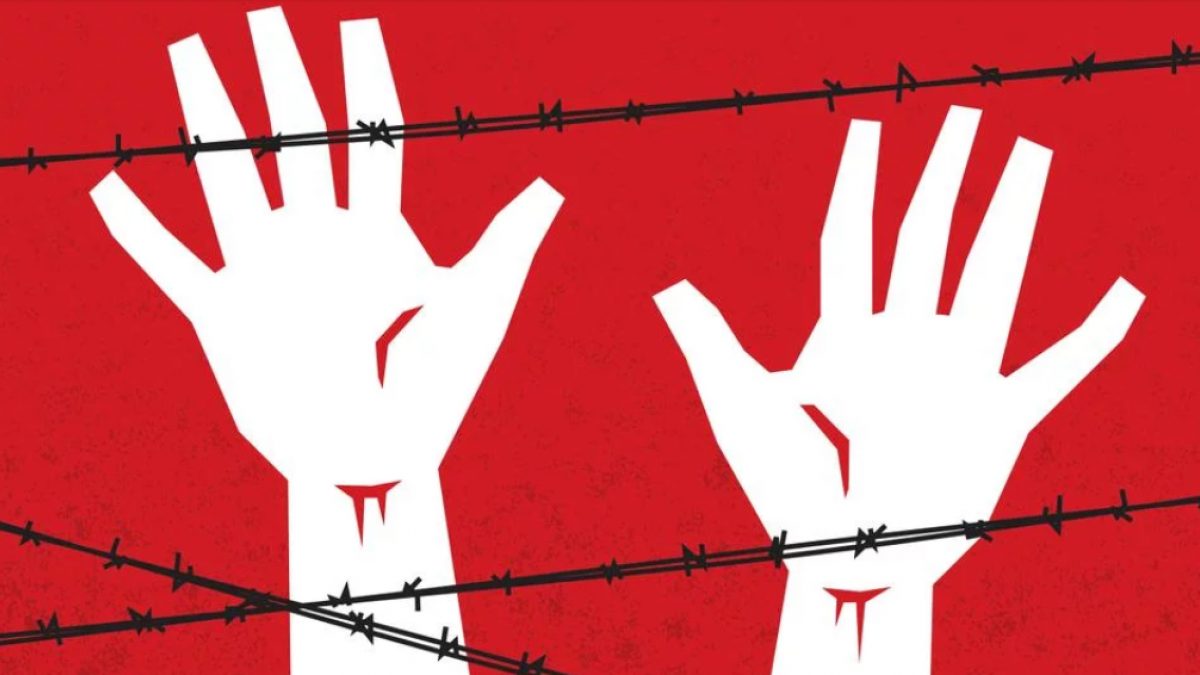 ON April 24, the Karkardooma court ordered the dismissal of activist and scholar Umar Khalid’s plea for bail. It came after dozens of hearings, delays in court dates, three order deferments and eight months. Khalid filed this plea after ten months of judicial custody, booked under the Unlawful Activities (Prevention) Act, 1967 [UAPA] on September 14, 2020 as an alleged conspirator of the 2020 Delhi riots.

The primary reason offered by the court for not coming out with the order soon enough was because both defence and prosecution were delving deep into the chargesheet and accompanying evidences.

Challenging the order of the trial Court, Khalid filed an appeal at the Delhi High Court. But in an interesting turn of development, the high court deferred his bail plea hearing till May 6 as the hearing on the constitutionality of Section 124A (sedition) of the Indian Penal Code [IPC] is due on May 5 at the Supreme Court (the high court has fixed the bail hearing now for May 19).

Khalid has been in custody for 19 months now, but he is not the only one waiting for their turn in the court of law. Each year between 2014 and 2020, 985 cases under UAPA were registered, while the number of pending cases rose by 14.38 per cent each year. On an average, 40.58 per cent of the cases were sent for trial, of which only 4.5 per cent were completed.

UAPA was legislated to provide a wider framework for preventing certain unlawful activities of individuals and association, and for dealing with terrorist activities. The line between an individual unlawful act and terrorist act has been blurred, whereby the Union Government on its own discretion can declare any association unlawful. There are no definite acts which have been defined as unlawful, while any act with an intent to threaten or likely to threaten the unity, integrity and sovereignty of India is termed as a terrorist act.

Section 167 of the Criminal Procedure Code provides that no arrested person can be detained in police custody beyond 15 days, and in no circumstances they can be detained for more than 90 days in the maximum. But UAPA changes this, with the minimum number of days for custody extended to 30 days, while the maximum period became 180 days.

In 2008, the Parliament enacted the UAPA Amendment Act, 2008, which introduced Section 43(D)(5) under its ambit. It provides that a court can deny bail to a person detained or arrested under this Act, if there are reasonable grounds to believe that the case against the accused is prima facie true. In fact, there is no provision of anticipatory bail under Section 43(D)(4) of the Act.

UAPA became a way of prosecuting people alleged to be involved in terrorist activities in a manner unimpeded by the checks and balances of the criminal justice system, and its ambit has been furthered substantially over the years. Activities such as giving speeches in the public and taking part in public meetings are criminalized, for intent has been given more importance than the act itself.

Criminal law jurisprudence in India functions with the basic postulate of ‘innocent until proven guilty’, where the right to fair trial, the right to be heard and the right to a speedy trial form the basic elements of this postulate. So, what happens when, for the ostensible sake of efficiency and national security, basic procedures of law are trampled upon? And individual liberty becomes a mere discretion at the hands of the State and its agencies?

Article 21 and the right to speedy trial

Article 21 of the Constitution of India provides for the right to life and liberty. It prescribes that no one can be deprived of their life or liberty except according to procedure established by law. Over the years, the Supreme Court, under the ambit of judicial activism, has widened its scope, where many of the rights we have today have been included under Article 21 for the preservation of basic rights and liberty of an individual. The right to a speedy trial is one such right, which has become paramount in the preservation of due procedure and individual autonomy. Justice P.N. Bhagwati, in the Supreme Court’s judgment in Hussainara Khatoon versus Home Secretary, State of Bihar, Govt. of Bihar, Patna (1979), observed that Article 21 is violated when an accused is not given a speedy and just trial. He wrote, “The State has a Constitutional obligation to provide speedy trial. The State is under a Constitutional mandate to ensure speedy trial and whatever is necessary for this purpose has to be done by the State”.

It was also observed that even the Supreme Court of India, as the “guardian of the fundamental rights of the people”, has an obligation to enforce the fundamental right of the accused to a speedy trial by issuing necessary directions to the State. Such directions may include strengthening the investigative machinery, setting up new courts, appointment of additional judges, and other such measures which would ensure speedy trial.

This decision cemented the right of undertrial prisoners to speedy trial, which made it a fundamental right and an essential part of criminal trial in India. But this was not the only time the Supreme Court emphasized its importance, for in Nimeon Sangama versus Home Secretary, Govt. of Meghalaya (1979), it stated that when an expeditious trial is not attempted as a result of which parties languish in jail, it becomes a point of breakdown for criminal justice. Here, the court even directed the State to give consent to release all such persons, who have been in custody for over six months, without any trial.

But then a question emerged before the Court in A.R. Antulay versus R.S. Nayak (1988), on whether a delayed trial is an unfair trial? It held that when such delay has been caused by any tactic or conduct of the accused himself, then such delay will not be considered prejudicial to the accused. But if the accused has indeed been prejudiced, then it would amount to an unfair trial, especially when such prejudice has been caused to them in the course of their defence. It further held that right to speedy trial is available to the accused at all stages, that is, the stages of investigation, inquiry, trial appeal, revision, and retrial.

But Raghubir Singh & Ors. versus State of Bihar (1986) forms an interesting precedent. In this case, it was urged that the petitioner’s right to speedy trial was being infringed by the prosecution. The petitioner had been charged under Sections 121A (conspiracy to wage, or attempt to wage war, or abet waging of war, against the Government of India) and 124A of the IPC. Both sections constitute offences against the State. It was observed by the court, “The question whether the right to a speedy trial which forms part of the fundamental right to life and liberty guaranteed by Article 21 has been infringed is ultimately a question of fairness in the administration of criminal justice even as ‘acting fairly’ is of the essence of the principles of natural justice and a fair and reasonable procedure is what is contemplated by the expression ‘procedure established by law’”.

Over the years, the Supreme Court has repeatedly emphasized on the right of the accused to speedy trial. Yet, the irony of it can’t be lost on those undertrials who are languishing in jail due to being charged under UAPA. Under this Act, even to get bail, one has to prima facie prove their innocence in the bail hearing, which is an exception to the general philosophy of bail, for when a case is still in the investigation stage, how does one prove that their intention of doing an act was not what the State is making it to be? Especially, when a pre-conceived bias has been attached to their act.

UAPA has been a failed law

Bail and trial in UAPA cases have become mere exceptions in a sea of dismissals and delayed investigations, with 2,000-page chargesheets and unexamined witnesses. The Supreme Court, in Union of India versus K.A. Najeeb (2021), held that even in the presence of statutory restrictions like Section 43D(5) of the UAPA, constitutional courts have the ability to grant bail on grounds of violation of Part III of the Constitution, and that the right to speedy trial of the accused would be clearly violated if the trial is unlikely to happen anytime soon.

In this case, the respondent Najeeb’s bail order by the Kerala High Court came after him spending five years in jail, while most of his fellow accused were through their trial. The high court’s order was not interfered with by the Supreme Court. Last month, in Jahir Hak versus. State of Rajasthan, bail was granted by the Supreme Court to the UAPA-accused petitioner after observing that delay in trial can be a ground for bail in UAPA. The petitioner Hak had been in detention for almost eight years.

While numbers can be daunting, in this case they are also a testament to the fact on how the UAPA has been a complete failure in terms of accountability and due procedure, and furthers executive arbitrariness. The danger posed by it is glaring, for when a society distinguishes between different classes of offenders in a bid to deter others from committing a certain kind of act, it perpetuates a bias towards the accused perpetrators of such actions. It will avoid a conscientious application of trial procedures, making them indifferent to Constitutional rights and individual liberty, which in the long run, potentially harms all innocent citizens. It lends a cloak of legality to lapses in due procedure and administrative actions, and opens the door for the most trivial of actions to be criminalized, which is what has culminated from the recent amendments to the UAPA.