Love is a revolt in a land where hate is an everyday norm.

What is the function of love in a society as brutal and divisive as caste society? As Dr BR Ambedkar explained, the role of caste is to kill the human personality. Growing up with caste, we cannot escape its influence on our everyday actions. So then, love must be the process by which we can reclaim our humanity.

In his seminal book, The Buddha and His Dhamma, Ambedkar mentions one teaching of the Buddha to his disciples: “Whatever a hater may do to a hater, or an enemy to an enemy, a wrongly directed mind will do him greater mischief.” Caste creates haters out of us, whose minds have been trained to discriminate. In caste society, we hate rather than love instinctively. The function of love, then, is to revolt against the system that creates haters. 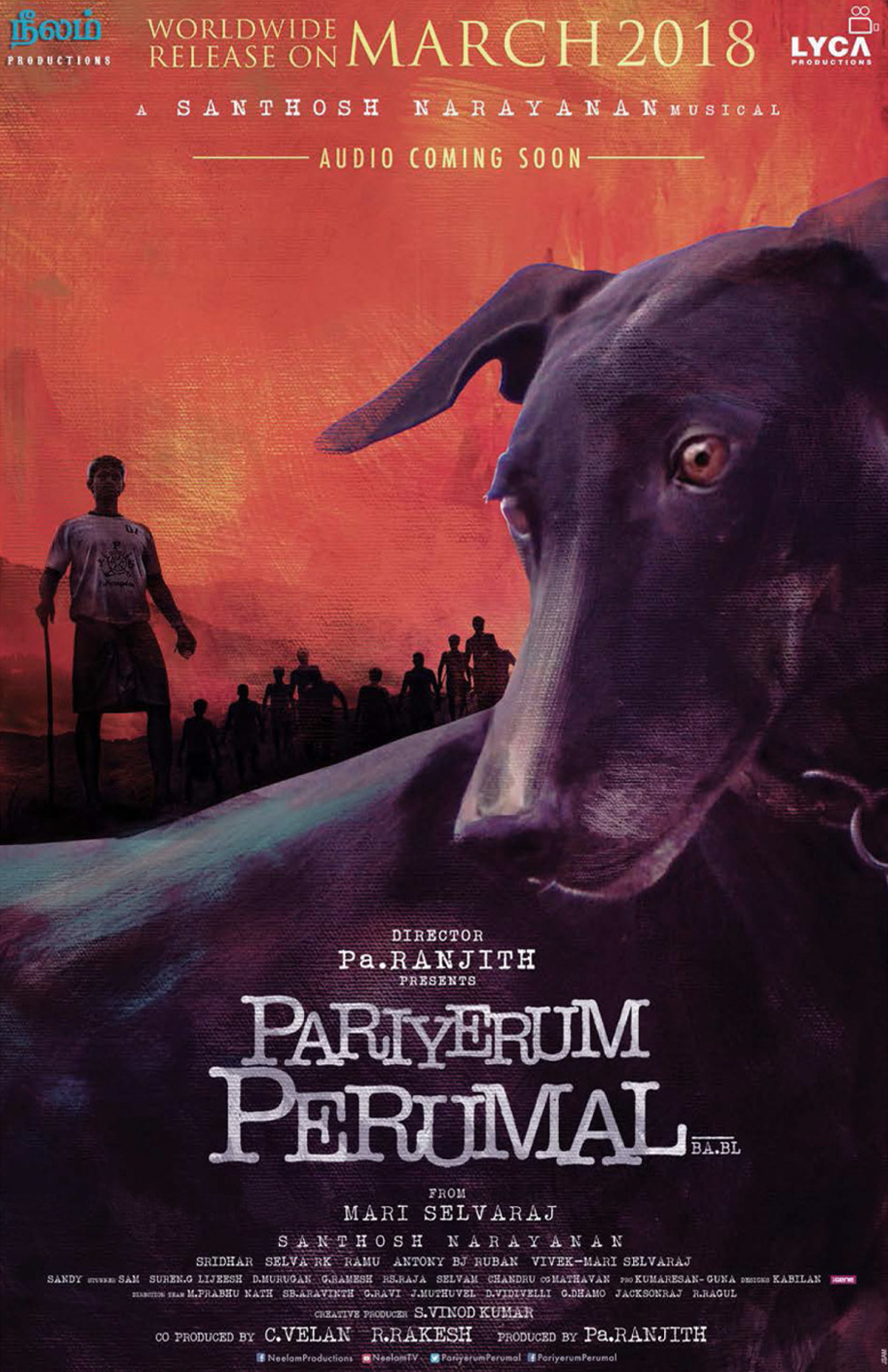 In this country, the dalit community has felt the burden of caste as no one else has. Its oppressive weight is why the dalits have resorted to love, reshaped it and redefined its function. To love, they have added the need to seek justice and equality, not mere romance or happiness. In Mari Selvaraj’s Tamil film Pariyerum Perumal, the protagonist, Pariyan, helps us witness a dalit man evolve after he chooses to love. Pariyan rises above hate and decides to revolt because he consciously picks love against the environment of hatred and oppression he sees all around.

In Mari Selvaraj’s Tamil film Pariyerum Perumal, the protagonist, Pariyan, helps us witness a dalit man evolve after he chooses to love.

Pariyan is a young, handsome and naive dalit man whose life and ambitions are deeply rooted in his people and village. He loves his people and is very aware of their vulnerabilities in the backdrop of casteism. Nevertheless, he aspires to be a lawyer like Ambedkar. If we follow him frame by frame, we see he is filled with enthusiasm, for he has a vision for the future. The first acute grief that strikes him is the killing of his pet dog, Karuppi. Feudal upper-caste people who hate Pariyan and his people tie the dog to the railway tracks. She is run over by a passing train, leaving her scattered in pieces. Pariyan feels the grief of her loss strongly because Karuppi was as much a part of his life, livelihood and survival as anything else. She was his reliable companion in the distrustful darkness of caste.

Still, Pariyan moves beyond hate and aspires to build his life as a lawyer, the first one from his village. He enrolls in a law college in Thirunaveli. There he encounters Jothi alias Jo, who belongs to an upper caste. Jo likes Pariyan’s naive, unflinching attitude in class. She decides to help him learn English. The college becomes their meeting point. This moment also explains the need for democratic spaces if the demolition of caste differences needs to begin.

In caste society, a widely shared outlook is that love is a crime and hate is a norm.

Pariyan and Jo are brought together by democratic principles and sit in the same class. They like something about each other and gradually develop stronger feelings. Attraction grows between them because they feel equal in each other’s company. When they are together, their caste and gender differences pale before their shared pursuit of seeking strength, equality and love. But this freshly blooming bond based on equality and love is intolerable to Brahmanical patriarchy.

Also read | In Masaan, a Dalit Man Shakes off Hurt and Tears

Jo’s cousin, Shankaralingam, who also studies in Jo and Pariyan’s class, decides to punish Pariyan for being with Jo. When Jo invites him to attend a relative’s wedding, Shankaralingam and his other family members beat Pariyan, humiliate him, and even urinate on him at the behest of Jo’s father. Obviously, the incident leaves him traumatised. Harmless Pariyan had been shown his place. To brahminical patriarchy, no matter how good a human being is, he remains untouchable in their eyes, and hence not human. This incident illustrates what caste trauma is. For Pariyan, it becomes yet another reminder of the vulnerability of his caste location. It instils fear in him because he must choose between his life, dreams, and Jo. He begins to avoid Jo but fails as he does not want to abandon the beautiful feeling of being loved and loving someone in an equal relationship.

Pariyan is constantly harassed and humiliated by Jo’s father, Shankaralingam, and the henchman whom Jo’s father hires who make it their job to kill people who break the norms of caste. Even Pariyan’s father, who dances for a livelihood, is inhumanly harassed and humiliated by Shankaralingam. The chain of harassment and humiliation continues. For what? Just because two people from different castes are in love. In caste society, a widely shared outlook is that love is a crime and hate is a norm. However, Pariyan, the dalit man, knows hatred cannot be eradicated by more hatred or revenge. He knows all too well that only if a hater is made to realise how “his hate” is slowly decaying him will hatred get eradicated.

Hate as a desire outlives the human body. Pariyan feels the pain of the persecution by upper caste people for the beautiful act of love. He protects himself from the henchman by fighting resolutely. The insults meted out to him (and his father) flashed before his eyes all the time. He cannot forget these incidents. His spirit of pursuing his dream in caste society is now in danger. He could easily resort to violence and feel the satisfaction of killing those who have humiliated him. But remember: he has made love a conscious choice to mould his future. Nor does he appear weak against the goons sent by Jo’s father. He fights hard, and after the fighting is over, he conveys to them the futility of their fight and the reasons why upper castes tend to fight.

More importantly, Pariyan does not kill. He ensures he does not become violent and cruel like them. He chooses dialogue; to converse, communicate, and begin a new inning in caste society. Jo brings her father to college, where they meet Pariyan. When she leaves to get tea, her father apologies, telling Pariyan, “We can see…we do not know what will happen in the future”, signalling his relationship with Jo. Pariyan responds, “As long as you remain the same and expect me to remain a dog, nothing will change.”

Pariyan shows remarkable clarity about who needs to do what to change caste society. He is resolute, not weak because he knows the role of love in his life. It is to provide him with an experience of equality: for himself, the person who loves him and whom he loves back.

Pariyan becomes a personification of the thousands of dalit men who, despite being humiliated by caste society in life, literature and art, chose to rise above their temporary intentions to react, seek revenge and retaliate violently.

A dalit man acquires the best possible mature position from which to assert his politics and his vision for life in its entirety.

In All About Love, Bell Hooks says, “When we understand love as the will to nurture our own and another’s spiritual growth, it becomes clear that we cannot claim to love if we are hurtful and abusive.” So Pariyan cannot afford to be what others were to him: insensitive, indifferent, silently cruel. He chooses to rise above his temporary reactions. He decides to walk on the path of love. Pariyan becomes a personification of the thousands of dalit men who, despite being humiliated by caste society in life, literature and art, chose to rise above their temporary intentions to react, seek revenge and retaliate violently.

They chose to love because they did not want Brahmanical patriarchy to continue the mental destruction of people to continue in caste society. To those who know the number of atrocities, even murders, of dalit men for having loved upper-caste women, Pariyan’s choice to love unflinchingly is no less than a revolt. Love is a revolt in a land where hate is an everyday norm.

In Masaan, a Dalit Man Shakes off Hurt and Tears